On Friday, July 15, part of the Turkish military attempted to turn back the clock. Since the election of Recep Erdogan, first as prime minister in 2003 and then president in 2014, the Turkish military has been in retreat. When Mustapha Kemal – Ataturk -- established the Turkish Republic in 1923, he entrusted the military with the responsibility of preserving secularism and the republic. Following Ataturk’s legacy the Turkish officer corps has intervened in 1960, 1971, 1980, 1993, and in effect, in 1997 to topple governments they considered contrary to the Ataturk’s vision of Turkey.

The Turkey that Ataturk imagined was a country freed from the cultural and religious grip of the Ottoman Empire. The Ottoman Empire was not only a multinational and multiethnic state, but was also the centre of Sunni Islam since the sultan in Istanbul also served as the caliph -- the spiritual and moral head of the Islamic faith. Ottoman identity reflected the notion of the Gazi warrior tradition -- the belief in ongoing conquest and spreading of Islam -- and also the acceptance of non-Muslim communities as long as they paid a special tax and remained loyal.

In that world, which lasted for half a millennium, Turk was a derogatory term referring to illiterate peasants. The rulers of the Empire and their warriors were the Osmanli, the descendants of Osman the first ruler and founder of the Ottomans -- a disparate collection of Turkic tribes, mercenaries, and Christian converts. Over time the Ottoman army transformed into an empire.

After the end of the 18th century the Ottoman Empire began an almost irreversible decline and came to an end in 1923. Mustapha Kemal, an Ottoman general who had defeated the British at Gallipoli and later the Greek Army in 1922, overthrew the Ottoman regime and proceeded to establish a new country, republic, and most importantly, a new identity. 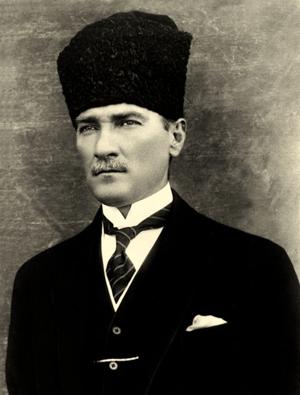 Ataturk faced a conundrum. He refused the concept that the republic be aligned with Islam, and yet could not risk a multiethnic state. Ataturk preferred to create a new identity based on the Turks, who had little sense of nationalism or history and only a rudimentary culture -- the Turks who had looked to the sultan and Islam by which to define themselves. Nevertheless, the old Ottoman establishment that had followed Ataturk and the officers of the army emerged as a new elite. For decades they dominated Turkey and whenever the country drifted towards Islam or the political leadership stumbled the military intervened to maintain the secular equilibrium.

Yet, over the decades after 1923, Turkey achieved a higher standard of living, became a member of NATO and an important American ally. Innovation, business expertise, and continual progress created a Turkish middle class made up of conservative Muslims. This part of Turkish society managed to balance religious faith with business acumen as well as adopt technology to achieve considerable material success and political influence. In 2003, Erdogan’s Justice and Development Party harnessed the support of the new conservative Muslim entrepreneurs along with the Turks in the eastern provinces and succeeded to become prime minister despite his Islamic credentials.

There was grumbling in the military but before they could act, Erdogan began a slow and effective purge of the army, navy, air force, Special Forces, as well as the national police, in addition to judges and magistrates. Inadvertently, the EU played into his hands because on the possibility of joining the European club, the Turks had to amend their constitution removing the military as the guardians of the republic as well as implement other reforms such as abandoning the death penalty.

These changes played into Erdogan’s hands but by purging the military, the judiciary, the media, and academia, he created the momentum for the coup. Another factor was Erdogan’s animus against Bashar al-Assad of Syria. Initially, Erdogan was Assad’s patron, but the younger dictator refused to kowtow sufficiently to the Turkish president and Erdogan subsequently has gone to great lengths to destroy the Syrian tyrant. Towards this end, he allowed jihadists from Europe and everywhere else to reach ISIS through Turkish territory. Erdogan also permitted ISIS to establish a network, which then used Turkish financial institutions to launder illegal petroleum into cash and ultimately used it to purchase weapons.

Depending on his moods, the prickly Erdogan would flirt with jihadists and tolerate extreme Muslim groups in Turkey, but occasionally would turn on them. As a result, ISIS and its followers undertook a series of terrorist strikes in Turkey. Furthermore, Erdogan’s hostility towards the Kurds, who represent 15 to 20 million people, has reignited a civil war in eastern Turkey that has committed a major part of the Turkish army to fighting a Kurdish insurgency. 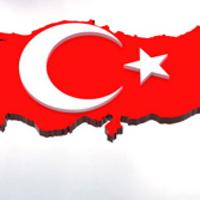 Although Erdogan’s economic policies have contributed to the economic power of the middle class, his other actions have undermined the Turkish state. A rebellion in eastern Turkey, ongoing terrorist acts throughout the country, supporting a jihadist insurgency in Syria that has brought over two million refugees to Turkey and worsened relations with the West, especially the United States. At various times, the Turkish president has made references to seeking means of making Turkey more Islamic. He has not enacted any specific legislation per se but such musings have raised the spectre that Erdogan was trying to reinvent himself and Turkey as a new Ottoman Empire.

Perhaps, all these acts by Erdogan proved to be the catalysts for the military revolt on Friday. At least that was the claim of the announcements by those responsible for the coup. Tragically, the failed coup will have the opposite outcome. Almost from the moment that the soldiers involved with the uprising began surrendering, Erdogan ordered the arrests of over 2,500 judges and magistrates along with approximately 3,000 officers in the armed forces.

An erratic and vengeful Erdogan will be more powerful than before the coup. Turkey, however, is on a downward spiral. The coup attempt in addition to the other afflictions buffeting the country will result in a long period of destabilization.

Meanwhile, Erdogan will be less an Islamist than an autocrat accompanied by all the trappings of power, paranoia, corruption, and bloody-mindedness. His followers who are celebrating by lynching soldiers and chanting “God is Great” in the streets of Istanbul assume Erdogan will establish an Islamic republic – what will they do when it does not come to pass?