"What wisdom shall any man show in glorying in the largeness of empire, all their joy being but as a glass, bright and brittle, and evermore in fear and danger of breaking?" -- Saint Augustine 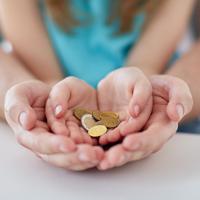 Whether British citizens vote to leave or remain in the European Union this week, the central global issue won't go away and that's the misery of bigness.

Of course, that's not the way the media and pundits have framed this important debate. They present the vote on whether Britain should remain or leave the European Union as some sort of proxy war on immigration, free trade and the tolerance of so-called progressive societies.

But these issues are just symptoms of a much greater malaise: the tyrannical nature of big organizations. They can't work or prosper for long because their scale is inhuman, abusive and wrong.

Years ago, the great Austrian economist Leopold Kohr argued that overwhelming evidence from science, culture and biology all pointed to one unending truth: things improve with an unending process of division.

The breakdown ensured that nothing ever got too big for its own britches or too unmanageable or unaccountable. Small things simply worked best.

Kohr pegged part of the problem with bigness as "the law of diminishing sensitivity." The bigger a government or market or corporation got, the less sensitive it became to matters of the neighbourhood.

In the end bigness, just like any empire, concentrated power and delivered misery, corruption and waste.

And that's the problem today with the European Union, big corporations, large governments and a long parade of big trade pacts.

In the global labyrinth of bigness, the European Union has become another symbol of oversized ineptness along with a technological deafness that ignores locality, human temperament, culture, ecology, tradition, democracy and diversity.

In its bigness, the Union has failed. It can no longer manage its own currency, let alone economic stagnation. It can't solve the debt of Italy and Greece or address the flood of migrants from North Africa. One bungled decision after another has inflamed political communities of the left and right throughout Europe.

A variety of Greeks recently sent an open letter to Britons detailing the scale of mess.

The Union, they wrote, once promised friendship, solidarity, mutual benefit and democracy, but failed on every account.

"There is nothing about freedom, solidarity or friendship in the European Union. The European Union has proven to act on behalf of the interest of banks, multi-national enterprises and groups in the shadow, as advised by professional think-tanks and lobbyists, not in favour of its people. In fact, the European Union is an economic union with a common market (without internal borders), which enables a free circulation of money, goods and people/workforce, and an ongoing process to harmonize business standards. The European Union is designed as a cartel and typically, there is a lack of democratic structures and processes: democracy becomes a disturbing factor."

The modesty of smallness

None of these developments would have surprised Kohr. The economist and philosopher was an anarchist and Austrian Jew who fought fascists in Spain, befriended George Orwell and greatly influenced the work of E.F. Schumacher, the "small is beautiful" economist. (Kohr also believed that slow was beautiful, too.)

The iconoclast, who once worked in a Canadian gold mine, taught and lived much of his academic life in the United States, Puerto Rico and Wales where he preached the gospel of smallness to small audiences. He thought they were the only kind that mattered.

For Kohr understood that God made atoms small, that small business invigorated the economy, that only a small number of people created real social change and that virtue came in a small box. He appreciated that we lived in a microcosmos, not a macrocosmos.

He, too, recognized that "Monopolies are to economics what great powers are to politics." As such, Kohr was a profoundly conservative (and mischievous) thinker who respected limits.

Kohr's darkly masterful and humorous work, The Breakdown of Nations, argued the root of most evil lies in big government and big institutions. Whenever power reached it, a critical mass, its wielders, no matter how nice or educated, tended to abuse it. Bigness not only allowed but invited the abuse.

The only way to stop the cancer of bigness was to return to the modesty of smallness.

"If a society grows beyond its optimum size, its problems must eventually outrun the growth of those human faculties which are necessary for dealing with them," wrote Kohr.

The problem, he added, "is not to grow but to stop growing; the answer not union but division."

Scale, however, does not seem to be an issue modern politicians understand, let alone contemplate. In fact, the typical political response to almost every problem today is to somehow make it bigger so more technocrats can make it impossible to resolve.

When was the last time you heard a politician say, "Division, not union?" or a business leader confront the reality of diminishing returns in large corporations?

These vandals have no allegiance to place, language, race or spirit; they serve only the force of bigness. They impose their will on localities they neither know nor understand. They behave and act like Roman consuls and view the rest of us as barbarians.

To Kohr, the historic and social evidence clearly showed that small states, small cities and small companies all worked better because they offered one important advantage: "The opportunity for everybody to experience everything simply by looking out of the window."

But that's not the wisdom our educators or politicians now share with us.

Servants to bigness, they have fallen under its thrall and covered the windows. They repeatedly demand that we strive to speak one language, vote for one world, acquiesce to constant government surveillance, shop in one big box or aspire to live like standardized machines. But unity in the end breeds a sameness and ultimately, tyranny.

The biological world doesn't operate this way. It rejects any attempt to replace diversity with monotony because there is no resilience without the many.

On a small scale everything becomes flexible, healthy, or delightful, explained Kohr, and he was largely right.

But Kohr was concerned about the nature of human goodness, a language that has been hunted down as quickly as Amazonian peoples in Latin America.

Technological society, whose goal is to transform the human condition into a machine state, has no time for such ancient philosophical sensibilities let alone a diversity of languages.

He even feared that most people had lost the ability to understand the meaning of indigenous viewpoints which not only celebrated smallness but understood the importance of "the just measure," "reasonableness," and "proportion." A tribe will always understand scale in a way no modern big entity can fathom.

In the end Mother Nature offers a cure for bigness, but it usually involves extinction, collapse or annihilation.

Kohr didn't think that was a satisfactory solution for human societies, although climate change, overpopulation and overconsumption seem to have put most of us on a high-speed train to a Trump-like wall.

Kohr, however, didn't think the world should go down like the Titanic. He cheerfully preferred disunion and division.

The present danger to the world, added Kohr, does not lie in aggressive states of mind.

It lies in the near critical mass of power generated by big things, which, in turn, produces aggressive states of mind.

And that is why the debate about the future of the European Union, regardless of the outcome of the British vote, has only begun.

Now is the time to say no to all of its manifestations.