With its first budget, Prime Minister Justin Trudeau's government is telling Canadians that it wants to stick around for a good time and a long time. 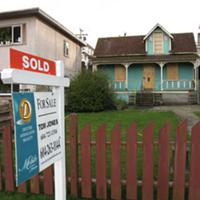 Budget the 'Re-engagement We've Been Calling For': Housing Advocates

Waves of ambitious spending are intended to keep the good times afloat in the short term. As for the long term, that's filled with promissory notes -- and some of those stretch well beyond Trudeau's first mandate.

In fact, if Liberals had wanted to slap a subtitle on Budget 2016, "Growing the Middle Class," they could well have chosen: "To Be Continued."

There is a bigger story behind this budget, but much of the nearly 300 pages that landed before Parliament on Tuesday only amount to the first chapter of a tale yet to unfold.

The infrastructure program, to be rolled out in two phases, is the most obvious example. But there are at least a dozen more ideas, large and small, yet to be fully formed as well. Plans for health care, electoral reform and the Canada Pension Plan, we're assured, are in the works. It's even too early to say the cheque's in the mail.

Discussions are underway with the provinces about a new health accord, the budget says, and $10.7 million has been set aside over the next four years to talk to Canadians about reforming the electoral system.

Worried about the future of the CPP? "In the coming months, the Government will launch consultations to give Canadians an opportunity to share their views on enhancing the Canada Pension Plan." In case you're curious, the words "consult" and "consultations" appear nearly 40 times in the full budget document.

No question -- the future includes a lot of talking.

The budget informs us that consultations are underway about guns, gangs and defence policy, about the future of the CBC and the automotive industry, and about legislation to govern the financial sector. Even museums will have to wait a bit longer to find out how much new money they'll be getting. "The allocation of this funding by institution will be announced at a future date," the budget states.

Here for a good time, at least

The absence of fully formed plans across so many areas of government is a product, naturally, of a new government, not yet fully staffed, which hasn't even hit the five-month mark in power. But the "to be continued" theme in the document also tells us something about Prime Minister Trudeau's own disposition -- his confidence that he has the time and the mandate to govern at his own, non-urgent pace.

Remember the "ready now" motto that was slapped on Trudeau's campaign podiums during the election last year? "Now" is clearly an elastic term, appearing to stretch well into this first mandate, if not beyond the next election in 2019.

As for the flurry of consultations, that also tells us something about Trudeau's approach to power. He's been telling us that he's not a go-it-alone guy -- unlike his predecessor Stephen Harper -- and his first budget is ample evidence that Liberals lean to crowd-sourcing when it comes to governing. It's politically risky, perhaps, to put the fate of one's promises into the hands of premiers or citizens or non-governmental organizations, but so far, it seems that Trudeau's new government has been willing to court those risks.

Budget 2016 is riddled with references to help the Liberals will be recruiting from others; the Federation of Canadian Municipalities gets to handle $75 million in funds to help communities adjust to climate change, for instance.

All governments put their political brands on budgets -- never more so than in the first one, when there's so much pressure to display a sharp departure from their predecessors. Budget 2016 was clearly written to draw a distinct boundary between the Conservative past and the Liberal future, a boundary built with billions of dollars in government spending, with a keen eye trained on future Liberal voters -- young parents specifically and the oft-evoked "middle class" (whoever they are).

The old Liberal campaign motto, "hope and hard work," even made it into Finance Minister Bill Morneau's speech to Parliament. Make no mistake, though -- the new government's lofty hopes for Canadians also include hopes for the Liberal party, notably the hope that this is the first of many, many budgets, not just in one mandate, but in one or two afterward.

So we see here a new government in no particular hurry to put all the pieces in place this year, or even next, but somewhere down the road, with far-reaching, 10-year plans on infrastructure. Or, you might say, a government that has boasted of "generational change" at the top in Ottawa also has its eyes on change for a generation -- a renewal of the Liberal reputation as Canada's natural governing party.

Back on the very first day of the election last summer, we might remember, Trudeau drew some criticism for failing to show up before the cameras in the immediate moments after Harper kicked off the campaign. He seemed to be goading his critics to accuse him of being "just not ready." Unapologetically, Trudeau turned up hours later in Vancouver, saying he would be doing politics on his own time, even if it meant keeping the chattering classes waiting.

Trudeau's first budget has landed in much the same way. It seems to be pinned on hopes for a good time, over a long time.