In the 23 years since the earlier Liberal government of Jean Chr&eacutetien aborted Canada's national housing program, housing advocates have been asking the feds: "Where are you?" 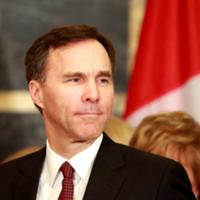 "They've stepped up today with $2.3 billion saying, 'Here we are,'" said Thom Armstrong, executive director of the Co-operative Housing Federation of BC. "The easiest thing in the world would be to say, 'That's not enough money, why isn't it more?' But we've got an investment by the federal government of $2.3 billion in housing that wasn't there yesterday.

"This is the re-engagement we've been calling for, for decades."

Since Chr&eacutetien axed the cherished federal strategy on affordable housing in 1993, homelessness has climbed in cities across Canada. Non-profit and co-op operating agreements that subsidized low-income residents have started to expire. And rental stock has physically crumbled or been converted into condos.

In its first budget, the new Liberal government is poised to inject, over two years, $2.3 billion into the sector in a wide variety of areas. The budget doubles government spending on its Investment in Affordable Housing initiative to $262 million in the next year; the program matches funding with provinces and territories, while still offering them "flexibility to design and deliver programs that are tailored to address local housing needs and pressures," the budget states.

There's also $100 million in the next year for affordable housing for seniors, $500 million in energy and water efficiency renovations for existing social housing, $58 million to tackle homelessness, and $356 million for urgently needed housing in First Nations, Inuit and northern communities long plagued by substandard lodgings.

But the $1 billion-a-year added to existing commitments to non-profit and co-op housing agreements remains a drop in the bucket of what is needed to create the 100,000 new affordable rental units the Canadian Housing and Renewal Association says we need.

"This is a good short-term news for housing, but clearly the needs are great," said the association's executive director, Jeff Morrison, in a phone interview. "We know this is not meant to fix all the issues and problems we've identified, but for a two-year time frame, we welcome it.

"It's a very welcome down payment for affordable housing."

'The pressure's going to be enormous'

Decades of federal absence from housing policy led Nicholas Gazzard, head of the national Co-operative Housing Federation, to give up altogether on lobbying for a federal strategy. Under the previous governments, he said, "I knew there would be no interest or any way they would fund it." With the present budget, he added, "the federal government is getting back to a game they should have never walked away from.

"I remember the pressures that government budgets were under in the '90s, but their complete exit from the field of housing supply was a mistake. Now we're seeing a bit of a makeup for that."

Although the budget is scarce on details specific to co-operatives -- which lodge 92,000 households nationwide, more than a quarter of whom are low-income and receive federal subsidies -- it does include $15 million a year to help maintain rent-geared-to-income social housing while organizations transition to new arrangements in the coming years.

Not every social housing provider found something under the budget tree. Particularly feeling left out were those offering subsidized rents for low-income tenants that are directly tied to their earnings.

"There will be some providers who might have been disappointed in the very low level of support for maintaining rent-geared-to-income units," Morrison said. "Some of our members might see that as confirming that the expiry of their operating agreements will continue."

In any case, housing advocates aren't resting on their oars with the influx of funding. As stakeholders sit down with the government in coming months to lay the groundwork for what, exactly, the promised national housing strategy will entail, Armstrong said, "the pressure's going to be enormous" on provinces and municipalities to "step up and take on that challenge.

"Imagine: if the provinces came forward and matched it, that's a $5-billion investment in housing over two years. That would have an enormous impact!"