As world leaders hash out the home stretch of the Paris climate negotiations, they should keep in mind a key measure of success in limiting carbon emissions: cheap oil. The lower global oil prices, the more of it stays in the ground due to the brutal, if counterintuitive, logic of the petroleum marketplace. 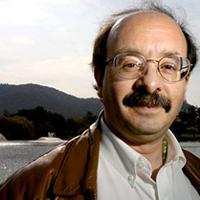 Are We Screwed? 'No,' Says Clean Energy Icon

Most of the easily extracted oil deposits are long gone. What's left are high-cost, high-risk long-shots like the Alberta oil sands, deep water reservoirs off Brazil and drilling the high arctic. Companies hoping to profit from the last dregs of the petroleum age need to convince their investors to part with massive amounts of capital in hopes of competitive returns often decades down the road.

The wheels are now falling off that business case. Billions have already fled the Alberta oil sands in the last year as the global price of oil collapsed from over $100 per barrel to below $40. Shell recently announced it was writing off $4.1 billion on their failed arctic exploration program.

The planet gets thusly saved -- not at international confabs -- but in the boardrooms of fossil fuel companies increasingly unable to convince their investors to proceed with massively expensive and risky projects that might only be profitable dozens of financial quarters into the future.

This exodus of carbon capital is already accomplishing more in ultimate emission reductions than scores of failed climate conferences have so far aspired to. Shell also threw in towel on their Cameron Creek project in northern Alberta, writing off $2 billion in booked assets and 418 million barrels of bitumen reserves. A barrel of bitumen will release about 480 kg of carbon dioxide from extraction, refining, transport, and combustion. This head office write-down means that 200 million tonnes of carbon will not be released into the atmosphere.

Two other oil sands projects were also shelved this year -- the Pierre River and Joslyn bitumen mines with reserves of about 3 billion barrels. If these investments stay dead, the world will avoid another 1.6 trillion tonnes of dangerous carbon emissions. Together the cancellation of these three projects alone will amount to the equivalent of taking over 14 million cars off the road for the next 25 years.

There a simple correlation between future emissions and the price of oil needed to make that profitable. Such a graph has been compiled by Carbon Tracker, a U.K.-based non-profit with the mandate of educating institutional investors on the increasing financial risks of the fossil fuel sector. Last year they itemized individual reserves around the world by potential emissions and the price needed to make them economical.

Their message to investors is simple: the world must limit additional emissions below 900 Gt to avoid potentially catastrophic climate consequences. Forty per cent of this future carbon budget -- about 360 Gt-- is projected to come from the oil sector. Anything more than that must stay in the ground -- the so-called unburnable carbon.

And what's the price of oil that could save to world? Anything below $75 per barrel of Brent crude means that companies cannot profitably extract more than 360 Gt of the world's remaining reserves -- no messy policy solutions required.

Just last year Brent crude was about $110 per barrel, a price that would gainfully produce about 500 Gt of carbon emissions by 2050. Now it is less than $50, which would only produce 180 Gt over the same period. If prices stayed where they are, the world would avoid some 320 billion tonnes of carbon emissions by 2050 in precluded production from uneconomic oil fields.

To put this in perspective, that is 25 times larger than reductions the Kyoto Protocol was supposed to achieve if it had worked (it didn't) and 180 Gt below the oil emissions limit scientists say we need to avoid a world with more than two degrees of warming. Economic turmoil aside, the global commodities market just served up massive progress on an issue in desperate need of some good news.

Carbon Tracker recently revised their calculations to include the turmoil in the oil market but the basic correlation is the same: lower fossil fuel prices devastate the economics of future extraction.

Seen through this lens, a key measure of our success in controlling carbon emissions should be keeping commodity prices of fossil fuels low. And while the main driver of the current slump in prices is the current glut of supply, it's important to realize almost every policy intervention to avert climate disaster is directly or indirectly aimed at lowering the price or profitability of fossil fuels such as oil and coal.

Efficiency and conservation incentives reduce demand, as does vehicle emission standards and investing in public transit. Carbon pricing means that fossil fuel companies can no long use the atmosphere as a free dumping ground for CO2, also lowering profitability.

As Big Tobacco was assailed in the courts for the consequences of their dangerous product, so too will the fossil fuel industry as governments and other stakeholders begin to sic the world's tort lawyers on the industry with the world's deepest pockets. Multi-billion dollar settlements will not do anything for Big Oil's bottom line, and the ongoing investigation by the New York Attorney General on Exxon Mobil has not gone unnoticed in the investment community.

But doesn't cheap gas mean that people just use more of it? Not really. While there is a weak economic link between declining prices and increasing consumption, key producers like Saudi Arabia are in fact fretting that slowing growth in Asian markets and already-peaked demand in developed countries will lead to a long-term decline in the world's appetite for oil.

And won't falling oil prices torpedo the nascent renewable energy sector? Perhaps in the past, but it's not so nascent anymore. Deutsche Bank recently released a study showing that solar generation costs will match or beat conventional fuels in 80 per cent of global markets in two years.

And because oil is primarily a transportation fuel, the bank believes ''oil prices do not have a material impact on solar demand.'' Their analyst Vishal Shah added, ''We believe the trend is clear: grid parity without subsidies is already here, increasing parity will occur, and solar penetration rates are set to ramp worldwide.''

I dearly hope that world leaders can somehow negotiate transformative change unlike the many failed efforts that precede them. Perhaps the best they can do is nudge economic indicators like crude prices in the right direction and get out of the way. The unstoppable forces of the global marketplace will hopefully do the rest.