It didn't look like a coincidence -- and it wasn't. 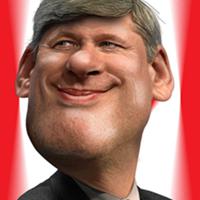 Last week, only an hour before the parliamentary budget office forecast a $1 billion deficit for the current fiscal year, the Finance department scrambled to deliver a Fiscal Monitor report showing a $3.9 billion surplus in April and May.

Normally, the PBO would have given its report in advance to the Prime Minister's Office as a courtesy -- and the PMO would have been on the phone to Finance in a heartbeat.

Modest surplus or slight deficit? From an economic perspective it doesn't matter either way. A $1 billion deficit would come out to about 0.05 per cent of GDP, an economically and statistically insignificant number. A $3.9 billion surplus in April and May sounds like a good start to the year -- or it would, were it not for the fact that it includes a one-time windfall of $2.2 billion from the sale of Ottawa's shares in General Motors acquired in the 2009 auto bailout. So the real number is $1.7 billion.

You couldn't quite call this cooking the books -- but as an attempt to distract from bad news, it fooled nobody.

The numbers for June and July could well be in deficit, as they will include the $3 billion in enhanced child care benefit cheques that went out last week. But those numbers won't be available until late September, in the middle of the campaign.

Again, normally it wouldn't matter -- except we're on the cusp of a close-fought election campaign and the Harper Conservatives have staked their fiscal credibility on getting the deficit down to zero this year. The opposition parties smell blood in the water.

The bigger question is whether the Conservatives allowed a political obsession with budgetary balance to override the need to do something about a stagnant economy. It was obvious by the time Joe Oliver got around to delivering his first budget that first-quarter growth would be -- to borrow Bank of Canada Governor Stephen Poloz's memorable adjective -- "atrocious."

A stimulus budget might have been a better idea. The Conservatives argue that the extra child care benefit money will act to stimulate the economy, since millions of families will spend most of it on consumer goods. That's a faint hope: CIBC chief economist Avery Shenfield concluded that the "Christmas in July" experiment might add 0.3 per cent to GDP growth -- no more.

Remember -- Oliver forecast a small surplus of $1.4 billion that was based on raiding the contingency reserve for $2 billion. In his last budget in 2014, Jim Flaherty forecast a $6.4 billion surplus this year and $32 billion over five years. That was when oil was at $100 a barrel; every $5 drop in the price of oil since has cost the federal treasury about $1 billion. In the April budget, the consensus forecast on the price of oil was $54 a barrel; three months later it's around $47. That shortfall alone could tip the surplus into a deficit.

The budget is only one of three economic and fiscal forecasts out there -- the others being the Bank of Canada's Monetary Policy Report from two weeks ago and the PBO's fiscal forecast based on the Bank's economic outlook.

In terms of where we are now, the central bank predicted that negative GDP growth of 0.6 per cent in the first quarter would be followed by minus 0.5 per cent growth in the second quarter (down from its forecast of 1.8 per cent growth in April).

Which brings us to that radioactive word -- recession. Two consecutive negative quarters of growth would put the Canadian economy in recession -- a word Poloz pointedly refused to use in his July 15 news conference, although he did refer to the "shock" to the Canadian economy.

We'll know more on Friday when the GDP numbers for May are released. Most economic forecasters expect a fifth consecutive month of negative growth, partly due to the disruptive effects of forest fires in Western Canada.

Poloz had another "life-saving surgery" in mind at mid-month when he cut the bank rate by a further 25 basis points on top of a 25-point cut in January, leaving the bank rate at 0.5 per cent. And never mind the side-effects of cheap money on consumer debt -- now at over 160 per cent of family income -- and the already overheated housing markets in Toronto and Vancouver. The commercial banks haven't matched the BoC's lead, but they cut 15 basis points after each of the last two central bank cuts, leaving the prime rate at a very cheap 2.7 per cent.

The PBO's deficit call was based on the Bank of Canada's July 15 economic forecast, and followed a request from opposition finance critics for a fiscal outlook. Both NDP Leader Tom Mulcair and Liberal Leader Justin Trudeau jumped all over it.

And the hits just keep hitting. This week, the Conference Board of Canada reported its Index of Consumer Confidence fell 4.1 points in June to 98.6 -- a drop that wiped out half the gains of the previous two months.

The economy and fiscal management are the Conservatives' signature issues, the heart of their brand. A recession, a deficit and declining consumer confidence all at once -- these are not the kind of burdens you want to take with you into a difficult campaign.