What do the right-wing pundits of Canada have against Norway? Lately we have seen a rash of commentary from Maclean's, and Alberta Oil Magazine pooh-poohing comparisons between the trillion-dollar Norwegian oil economy and the economic disaster of Alberta. The Twittersphere even coined the new pejorative "Norwailing" to dismiss such troublesome arguments. 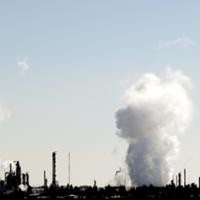 Alberta's Crazy Oil Bender Is Over

As perhaps the original Norwailer, I am happy this obvious comparison is finally being noticed by the mainstream media. On March 23, CBC's The National broadcasted a documentary on the Norwegian oil industry, which they said was "without a doubt... our most-read story of the week." The Alberta Federation of Labour is also inviting Rolf Wiborg, an outspoken Norwegian oil engineer whom I profiled on The Tyee, to address its convention in Calgary on April 17.

Back in 2012, The Tyee sent me to Norway to write a 10-part series on what Canada could learn from a country that has saved $1 trillion in oil wealth, and that is ranked best country to be a citizen, the second best place to be a mother, and the third most attractive jurisdiction in the world for oil investment.

The recent commentary opposing any such learning seems to focus on why a sovereign wealth fund is a bad fit for Canada, or a grudging admission from groups like the Fraser Institute that Alberta could have saved more. What is missing from these arguments is that you can't save what you don't have. Alberta has done such a wretched job of capturing public wealth from a globally significant public resource that arguing about savings versus government spending is an exercise in red-herring hair-splitting.

To understand the root of the Alberta resource problem, look no further than this helpful infographic recently released by the Calgary Chamber of Commerce, which itemizes oil production and resource revenues in Alberta, Alaska and Norway in 2013. The Chamber could not be reached by The Tyee for comment, but the gist again seems to be that Alberta should have saved more resource revenues, and by extension presumably cut government spending.

But what about the other side of the balance sheet? Which place is doing a better job of capturing public value from a public resource? Dividing resource revenues by production reveals some shocking figures. Norway realized revenues of $87.69 per barrel in 2013. Alaska managed $38.54. And Alberta? Just $4.38 -- one-twentieth what our Norwegian cousins managed to rake in.

I have no doubt that many well-placed oil apologists will chime in against such irresponsible Norwailing, pointing out that the Brent crude produced in Norway is not the same as Alberta's diluted bitumen. I will be the first to concede that Norwegian oil is a far more valuable resource than the high-cost and economically marginal oilsands resource that was allegedly destined to make Canada a global energy superpower.

But is Brent crude worth 20 times as much as bitumen? Of course not -- on the world market Brent currently fetches about 35 per cent more. More importantly, Alberta has already produced 15 per cent more conventional oil and gas than Norway, and didn't have to go 200 kilometres out in the North Sea to get it. Even at current depressed prices, Alberta oil, gas and bitumen production to 2013 would have a combined market value of $1.7 trillion. So where did the money go?

The answer is not economic nor political. It is cultural. Albertans have accepted a consistent and repeated message from a number of vested interests that taxation is bad, government is inept, and public resources should be privatized. Once voters believe that, effective government oversight is politically impossible and industry gets to keep a larger portion of Canada's resource pie -- estimated to be worth some $33 trillion based only on our inventory of petroleum and timber.

This long-term investment in engineering public opinion is now bearing fruit. The 2013 annual report of the Fraser Institute states: "For 40 years, [we have] been educating Canadians about the comparative effectiveness of market-based and government approaches to public policy issues. Today, the general level of understanding about the powerful and positive impact of free enterprise has increased significantly, and Canadians are much more skeptical about governments' ability to effectively deliver goods and services."

In light of that goal, many Canadian might be surprised to learn the Fraser Institute enjoys charitable status from the federal government. While numerous environmental and human right organizations have endured extended audits or had their charitable status revoked for alleged political activities, the Fraser Institute remains apparently unmolested by Canada Revenue Agency even though its work has been described by some as "100 per cent political."

Another source of industry-oriented information has been the mainstream media in Canada, which is becoming increasingly dependent on so-called sponsored content. Consider this slide deck detailing how the Canadian Association of Petroleum Producers aimed to partner with Postmedia to produce such content in the daily papers they control.

Under our current first-past-the-post electoral system, one often only needs to convince 40 per cent of the voting public to carry the day at the ballot box, and polling shows that industry is already there. A study in 2010 showed that about two-thirds of Albertans believe oil and gas royalties are either too high or about right. This rises to 72 per cent among supporters of the Wildrose Alliance and the Conservatives.

Ed Stelmach was hardly a towering political figure, and when he tried to implement the recommendations of the Alberta Resource Review Committee he learned the hard way what was politically possible in the province. As long as the public believes we can do no better than the status quo and it would be dangerous to try, no politician is going to touch royalty rates with a barge pole.

Which is why Norway is such a troublesome topic for those who would rather change the channel back to alleged government waste and high personal taxes. The example of Norway destroys decades of industry-funded myth-making that petroleum capital will flee under strong government oversight, public ownership and high taxation.

Don't believe it's a myth? Look at this report from none other than the Fraser Institute on comparative barriers to oil and gas investments around the world. According to their survey of 710 petroleum managers and executives, Norway ranked number three in the world in terms of attractive jurisdictions to do business. Obviously there is some room to move towards the Norwegian model in Alberta.

Norway and Alberta are different places, but does that mean there are not useful lessons to learn? Perhaps the first is that debating the relative merits of saving, spending or cutting taxes is a dead-end discussion if there is no money to argue over. Let's start by ensuring the public is not leaving billions (or trillions) on the table. Hopefully everyone can agree on that.

So what does Norway do to ensure their private sector partners don't walk away with most of the resource wealth?

• Norway acts like an owner. Companies doing business in Norway are under no illusions about who is in charge. Misleading or lying to Norwegian authorities can lead to forfeited tenures or even jail time.

• Norway taxes to the max and makes no apologies about it. Taxation on oil profits is currently close to 80 per cent. One former energy minister even chewed out his bureaucrats in full view of enraged oil executives when they threatened to pull out of the country after taxes were raised. Noting that none had actually walked away, he told his underlings "we should have taken more!"

• Norway taxes profits, not extraction. Alberta instead sells oil and bitumen by the barrel, creating virtually zero incentives for efficiencies or value added. The Norwegian government wants companies to make money because for every dollar they make, Norway makes four. With such clearly aligned interests, companies are lining up to do business there.

• Norway captures and distributes wealth. Petroleum helps finance some of the most generous social programs in the world and every Norwegian knows it. With public buy-in like that, companies have certainty their investments are welcome and their product can get to market. Companies spending billions in the oilsands have no such assurance given the pitched battles around resource policy here in Canada. No public buy-in, no certainty. Sorry fellas, there's no free lunch on that one.

• Norway stashed the cash. All petroleum revenues go into a stand-alone oil fund administered by the Norwegian Central Bank -- not their government. This firewall prevents elected officials from getting lazy about budgeting since they can only access four per cent each fiscal year. This now-massive pot of money is also only invested outside of the country to avoid inflating the currency.

• Norway put public players on the field. One of the first things Norway did was start Statoil, the first of their two state-owned oil companies. They now own about 40 per cent of its production and 50 per cent of its reserves. These investments and risks have richly paid off and typically now bring in as much revenue as taxation. What stake does Alberta own in its production? Zero, and the balance sheet shows it.

Some pundits will want to cauterize any further discussion of the Norwegian success story. After all, public perception drives politics, Alberta's resource wealth is worth billions, and companies naturally want to keep as much of that money as they can. Who doesn't like money?

But with the Alberta election in full swing, there seems no better time to step outside such contrived tropes like "jobs vs. the environment" and finally chart our resource destiny for the benefit of those that live here, not the companies just visiting. I, for one, am going to keep Norwailing about that.