Looks like the party's over in Alberta, and the hangover will be a doozy. Collapsing global oil prices mean the high-cost, low-value oilsands industry has suddenly skidded from "unstoppable force" to full stop. For years Canadians were told that Alberta is destined to be a global energy superpower -- a message backed by millions in publicly funded cheerleading and a chorus of uncritical coverage in the mainstream media. 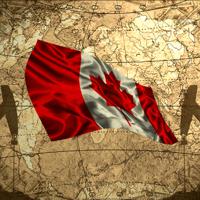 Out in the real world, capital markets were cooling for years on such overheated hype, with some oilsands investment funds shedding more than two-thirds of their value since 2008. The slow, steady decline in investor confidence accelerated into free-fall in the last six months, with blue-chip energy companies like Suncor losing billions in book value since last June.

So what does Alberta have to show for some 24 billion barrels of conventional crude and bitumen that have so far come out of the ground? The province is currently over $12 billion in debt and is projected to run a budget deficit of $500 million this year, the seventh consecutive year in the red for a province that prides itself on having a sharp fiscal pencil.

Resource prices often go through boom and bust cycles, and this is certainly not the first in Alberta, as evidenced by a certain iconic bumper sticker. Yet to fully grasp Canada's colossal lost opportunity, we need to look toward our Norwegian neighbours.

Norway, like Canada, was scaling up its petroleum industry in the early 1970s. It endured the same cyclical rides in resource pricing, and negotiated terms with many of the same foreign companies.

Yet Norway now has over $1 trillion socked away in its sovereign wealth fund, a dedicated repository of all petroleum revenues. Even if oil was worth nothing tomorrow, the country would still have no public debt, fully funded social programs that we can only dream of, and a very large nest egg to transition to a new economy.

So where is our nest egg? The Alberta Heritage Fund was started almost 15 years before the Norwegian oil fund, yet the province has not contributed a dime of resource revenues since 1987. This moribund fund has only two per cent of the value of Norway's pile of cash, which is now the largest sovereign wealth fund in the world.

Norway and Alberta continue to have comparable populations and petroleum production. What did they do right and we do so wrong? Is it really that clear cut? Well, actually it is.

How Alberta blew it

Alberta and Norway obviously have very different ideological bents, and 40 years ago you could have a spirited argument on which worldview would come out on top. But such esoteric speculation is no longer necessary given the hard facts in full view on their respective balance sheets.

The laissez-faire approach to resource management in Alberta has been a fiscal disaster compared to what might have been. In 2012, the province collected a mere $4.04 in royalties per barrel of oil equivalent. That same year, the Norwegian taxpayer raked in $46.29 on their petroleum production -- more than 10 times as much. How did they achieve such vastly better results? By embracing a profitable public involvement and oversight in their resource economy that would be abhorrent to the Fraser Institute worldview that has taken root in Alberta.

While it is true that Norway's Brent crude is worth much more than the low-grade bitumen currently wrung out of the oilsands, Alberta has also produced enormous amounts of conventional crude since oil was discovered in the Turner Valley southwest of Calgary 100 years ago.

Ignoring the oilsands altogether, Alberta has produced 18 per cent more conventional crude and natural gas than has Norway, and the province didn't have to venture hundreds of kilometres into the North Sea to get it.

For now the latest Alberta bender is over, and it's time to take stock of certain destructive lifestyle choices. The budgetary cupboards are bare, yet Canada's allegedly "richest" province has an unfunded municipal infrastructure deficit of up to $24 billion. A badly needed new cancer treatment facility has just been delayed past 2020. The long-overdue plan to build or modernize over 230 schools by 2018 is threatened by an $11-billion "fiscal hole" in provincial finances.

According to the Alberta Urban Municipalities Association, "Alberta continues to have the lowest overall tax system in Canada, with the lowest fuel taxes, no sales tax, no health premiums, no capital or payroll taxes, and low personal and corporate income taxes. Albertans and Alberta businesses would pay at least $10.6 billion more in taxes each year if Alberta had the tax system of any other province."

While provincial finances are grim and real estate values are about to fall off a cliff, the real deficit is not economic but intellectual. Some observers have made the case that the free-market mindset that got us in this mess is actually a long-term project of powerful outside forces eager to acquire Canada's treasure trove of resources at rock bottom prices.

If so, this audacious endgame has been a stunning success. The anti-tax sentiment has intruded so far into the collective psyche of Alberta voters that they almost have Stockholm Syndrome, punishing any politician that threatens to raise resource rents. The last Alberta election almost saw a Fraser Institute alumna become premier. If there is an upside to the most recent downturn in Alberta, it is bringing into crystal clear focus the abject fiscal failure of decades of "free market" resource policies promoted by well-funded think tanks.

But there are sound reasons for hope. Jim Prentice is likely the most capable person to sit in the premier's chair since Peter Lougheed. His opposition on the political right collapsed like wet cardboard when he arrived on the scene, giving him a unique opportunity to go to the polls and introduce a modest sales tax or even a meaningful carbon tax. One of the sad legacies from decades of anti-government cheerleading has been the dearth of talent attracted to the public side of the table. If Prentice is bold and principled, he has a chance to change that culture of perceived public mediocrity.

Albertans are in for a rough ride, but the first step to recovery is admitting you have a problem. Now that the bender's over, it's time to have that conversation.