Ingrained in North American culture is the belief that education is the key to personal and national advancement and success. We estimate our economic success in part by the proportion of our people with advanced degrees. Our children go into debt just to obtain a degree, though it's increasingly become a lottery ticket rather than a passport to guaranteed work. 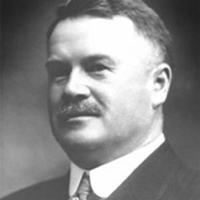 Time For a Lesson in BC's Education Feuds

When a truth is universally acknowledged, it's time to question it, especially when contrary evidence is staring us in the face.

We continue to be scandalized by the percentage of high school students who don't graduate, and the post-secondary students who fail to acquire at least a B.A. Their prospects for success seem fatally diminished, especially to those of us who have graduated and found work. But we are just one of two political cultures, and the other one is flourishing across Canada and within B.C.

Opposed to the culture of education is the culture of self-made people who have pulled themselves up by their own proverbial bootstraps. Whether thanks to individual talent, luck, or good demographic timing, they have built formidable careers without as much formal schooling as we think necessary.

Bootstrap culture is by far the older of the two. In living memory, high school was as high as anyone needed to go, and plenty of good jobs were available for those with much less than Grade 12. Post-secondary was for a tiny handful of wealthy or talented young people. Here in B.C., we tended to import our professionals from the U.K. and U.S.; it was cheaper than educating our own.

That began to change with the Second World War, when the armed forces had to train vast numbers of officers and technicians, and accelerated in the 1950s with the demands of the Cold War. B.C. communities put pressure on the old Coalition government of the 1940s, seeking local access to post-secondary opportunities. But it wasn't until W.A.C. Bennett's Socreds had been in power for over a decade that they began building a real community-college system.

In fairness, the Socreds had had their hands full in the 1950s building enough elementary schools for the first baby boomers; those boomers grew up expecting far more opportunities and social mobility than their parents ever had. So the system expanded rapidly.

Biting the hands that fed them

Yet the Socreds held power for 20 years in large part because they themselves were part of the bootstrap culture -- small-business owners, loggers and farmers. They weren't sure they liked the new culture they were nurturing; Bennett built Simon Fraser University, and ungrateful students tried to turn it into a radical stronghold. The smart young teachers and professors of the 1960s and '70s bit the hands that fed them, even questioning the economic development the system was supposed to encourage.

Almost by default, the opposition NDP became the haven for the education culture, where it formed an uneasy coalition with the unions and others radicalized by the Depression. Of course, this only intensified the bootstrap culture's distrust of education. For the Socreds and their Liberal successors, educated people were a necessary evil, and educators themselves a bunch of arrogant, woolly-minded do-gooders.

So it has gone for a half-century, and the bootstrappers may have a point: In all that time, the education culture has failed to notice the continued and growing strength of the bootstrap culture. After all, if education were really the sole passport to success, the self-made people should have begun to vanish like the makers of buggy whips.

Instead, they went to work after high school or a couple of years of college, and made pretty good lives for themselves. Often they founded successful businesses that hired educated people, not always for work that even needed much education. But graduates were out there in ever-increasing numbers, competing with one another for jobs.

So the bootstrap culture has not just survived, but flourished, and it continues to elect most of Canada's federal, provincial and municipal governments. Hence those governments' often tense relationship with the education culture.

Experience is a great teacher

One reason for the tension is that bootstrappers don't always have fond memories of school. Its concerns seemed irrelevant, its attitude snobbish and self-congratulating, and they were glad to escape it. Bootstrap politicians see education spending as a cost of holding power, to be kept as low as possible and focused on subsidizing employers' training costs. The idea of education as a social good, valuable in itself, doesn't register. "Social good" is what you purchase with your own hard-earned income, if you choose to. Tough luck for the also-rans.

B.C.'s present Liberal cabinet provides insights into bootstrap culture. Notably, their profiles on the government website put very little emphasis on their education backgrounds. A handful have degrees in professional fields from law to business to veterinary medicine. Some like John Rustad (Aboriginal Relations), Mary Polak (Environment), Steve Thompson (Forests), and Todd Stone (Transportation) make no mention at all of their educations.

Premier Christy Clark has attended SFU, the Sorbonne, and the University of Edinburgh, but attained no degree. Deputy minister Rich Coleman graduated from Penticton Secondary in 1971 and evidently went no further in his schooling. Education Minister Peter Fassbender graduated from Surrey's Queen Elizabeth Secondary, also in 1971, and attended the National Broadcasting School in Vancouver without receiving a certificate.

By far the best-educated person in the cabinet is Andrew Wilkinson: a Rhodes Scholar with both an M.D. and an LL.B. to his credit. You would think he might make a more knowledgeable minister of advanced education than Amrik Virk (B.A. in economics, SFU), but Wilkinson maintains a low profile as minister of technology, innovation, and citizens' services.

This is not to dismiss the cabinet as ignoramuses. On the contrary, their own successes are strong evidence for the effectiveness of bootstrap values: hard work, ambition, good social and communication skills, and critical thinking (first applied to their own schools).

As well, a key goal of education is to enable independence and control over one's own life. Bootstrappers tend to reach that goal earlier, and more power to them for it.

Still, the bootstrappers may live too much in the moment, forgetting the past and ignoring the future until it arrives as an unwelcome surprise. Bootstrappers value smart thinking; education values wisdom. The education culture reflects on the failures of the past, and frets about an increasingly ominous future. The bootstrap culture, inherently optimistic, couldn't care less about either.

Both cultures very much need to talk to one another, and not just over a bargaining table. The educated culture needs the wisdom to recognize that a degree is not an automatic sign of personal superiority, and the bootstrap culture needs to be smart enough to think beyond the next election and to realize that individual success is meaningless in a failed society.