The Tsilhqot'in (Roger William*) case is a game changer. 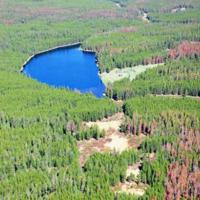 There is aboriginal title and it does not depend, as our title to our houses does, upon the Crown but is totally independent of Crown interests. Moreover -- and this is perhaps of more immediate concern -- no longer are developers just required to consult with First Nations in proposing development, they must get consent.

There will be, of course, more cases but they'll be by way of explanatory rather than breaking the new ground. No doubt other First Nations will want to define their rights and there may be actions by developers with respect to their proposals. At the same time, because of William, one can expect governments to be much more in the mood to settle, especially since First Nations seem incapable of losing in the Supreme Court of Canada!

There is power in the Crown, if a proposal is "compelling and substantive," to interfere with aboriginal rights provided it is consistent with the "Crown's fiduciary obligation to aboriginal peoples."

Quite frankly, I cannot see the circumstances under which a government would use this clause. Politically and legally, the peril would be enormous.

I grew up in Vancouver in a middle-class European family. I knew nothing about B.C. Indians except what my society told me, which mainly was that they were shiftless, mostly drunk and had lots of land that they probably shouldn't have. The only Indians I learned about in school were in Ontario, namely the Huron, Algonquin and Iroquois.

I started to change when I moved to Kamloops in 1969 and became closer to natives because of the proximity of the Kamloops Indian band. When I went on the city council my contacts increased considerably.

In 1975 I became a B.C. cabinet minister and now was involved in direct negotiations with the Kamloops band and their doughty chief, the late Mary Leonard. The more I came to see Chief Leonard and her council along with other members of the band, the more I acquired respect.

At that stage it still had never occurred to me that First Nations might have a special title to land and that some of this land was still in Crown hands.

Legal signs were there

In 1973 the Supreme Court of Canada considered the Calder Case and split, with three of the judges holding that there was an aboriginal interest in land without spelling out the specifics. Former prime minister Trudeau decided to follow this minority decision and open negotiations with First Nations. British Columbia, of course, with so many tribes and so much unceded land, had to go along.

There was a series of cases after that, the most important one being Delgamu'uk, which made clear that there was aboriginal title, but again did not spell out precisely what that was, other than rights of natives to use land for traditional purposes. More cases came and went, and then there was the Nisga'a treaty which established an aboriginal nation with its own laws and his homeland.

I was wrong and the Supreme Court of Canada in the William case makes it perfectly clear that natives do have ownership of land not subject to the Crown and that they can prove this ownership by oral evidence and traditions.

Prior to this, for aboriginals trying to prove any interest in land met a tough evidentiary standard. The William case eased that standard considerably and now aboriginals can show that interest by simply showing use and occupation over a lengthy period of time. They do not actually have to reside there nor show that they ever had permanent settlements.

One of the riders throughout these cases is that private land is not part of the equation. Therefore all who own land in British Columbia can sleep easy at night. Cities that are subject to overlapping land claims, like Vancouver, do not need to worry that tomorrow morning all of the buildings are going to be knocked down.

I have got used to this, and as a matter of fact had begun to change after I read the late David Vickers' original judgment in the William case, which the Supreme Court has just restored. Not long after that I became part of those who wrote, spoke and demonstrated in favour of native land claims. Certainly by four or five years ago I had completely switched from where I was as a child.

One can call this inconsistency. I prefer to call it growing up.

In fact, my attitude towards native land claims had gone all the way from my childhood notions that there were none at all, through the stage where there were some but ill-defined and certainly not absolute, to the point about five years ago when I accepted the fact that there was a separate aboriginal title not subject to the Crown.

One of the influences on me started about 10 years ago with interviews with the late Chief Joe Mathias, a lawyer who made it clear that title was what the natives were after.

What Joe did was make me think.

It was not subject to treaties made between invading Europeans and aboriginals -- the former simply came and took the land. The Europeans presumed that because they had taken the land and they had become an organized territory within Canada, the laws of British Columbia and Canada pertained to the land taken, period.

Aboriginals didn't see it that way, and with a bit of reflection and an open mind, anyone can understand why. They had never given up their land and could not see how the Europeans could, by their own declarations, take it away.

That's how the Supreme Court of Canada has seen it in the William case.

Business not as usual

What will the ramifications be?

Many, I'm sure, that no one has yet thought of. I personally think that the Northern Gateway pipeline is dead. I do not believe that the coastal native communities can be "bribed," nor do I think they're going to change their minds. If I am right, First Nations are not going to permit the pipelines to get to the coast and that ends Northern Gateway.

This raises the interesting question as to whether or not Kinder Morgan must get consent from local First Nations to expand their present pipeline.

This raises the further interesting question about what happens to the tarsands if the Northern Gateway line does not go through, if Kinder Morgan does not get its upsizing, and if President Obama doesn't approve the Keystone XL project.

The question about LNG also comes to mind. Some native bands have indicated approval of these projects but what of those that require pipelines to the coast of British Columbia? I suspect they could be in trouble.

Those who feel that development in B.C. will grind to a halt are wrong. First Nations need development just as much as the rest of us do. What they are saying, simply, is that this is our land and you can only develop it with our consent. That usually means money.

This makes a whole new ball game for development companies such as loggers and miners. No longer will they just be required to consult with native bands but must obtain their consent, quite a different thing.

The bottom line of all of this is that we have to get used to it. This is now the law. The Parliament of Canada has no jurisdiction to overturn a Supreme Court of Canada decision on the Constitution of the country.

It has been a long slow process and I must confess that I have perhaps been a little slower than the process itself.

There is no question but that this is the most important Supreme Court of Canada case that I can remember, and it is a game changer.