"Each new 'big idea' to 'inspire the world' and 'change everything' pitched from the TED stage reminds me of the swamp root and snake oil liniment being sold from a wagon a hundred years past." -- Nathan Jurgenson, social media sociologist 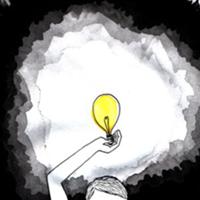 Idea #10: The Reinvention of Nearly Everything

TED Talks, money glistens. And now it's here in Vancouver, selling what may be snake oil solutions to the well-heeled and well-intentioned.

Who in their right mind would attend for U.S. $7,500 per person for the five-day TED Conference starting March 17 at the Vancouver Convention Centre when many speakers' talks get posted online for free?

But don't worry about TED -- the 1,200 seats for the non-profit Technology, Entertainment, Design extravaganza are long sold out.

However, you can try to be a "TEDster" at next year's Vancouver "Truth and Dare" event, where the price jumps to U.S. $8,500 -- but good luck getting in, because you have to "apply" to attend -- along with having a big credit card limit.

There's also the chance to become a corporate sponsor like Walmart, Target, Citibank, Lincoln Motor Car Company, Google, Walt Disney, Toyota and other corporations are this year for even bigger money.

"Ideas worth spreading" is TED's slogan -- but are they really?

Or do TED Talks instead promote corporate technology solutions to problems that require far more fundamental, difficult and political change?

As Jurgenson wrote: "TED and the larger TED-like world of Silicon Valley corporatism have far too much importance."

"There are consequences to having this style of discourse dominate how technology's role in society is understood. Where are the voices critical of corporatism?" Jurgenson asks.

Well, not likely here in Vancouver speaking at the TED Conference. Somehow I don't think Bill Gates -- the world's richest man and Microsoft founder -- will spend his 18 minutes starting that revolution!

And in reality, some very powerful technology barons and venture capitalists finance TED through the Sapling Foundation that puts it on, business people with direct real economic interests in solutions their companies just might supply or ideas they might buy.

Nothing wrong with them supporting TED and giving up a Bentley or two to do so but it does raise questions about the organization's focus.

When one of those mega-rich entrepreneurs goes rogue -- like Seattle's Nick Hanauer did in a TED Talk saying the rich don't actually create jobs -- then TED stops the talking. It refused to post Hanauer's speech online, perhaps because of statements in it like this:

"If it were true that lower tax rates and more wealth for the wealthy would lead to more job creation, then today we would be drowning in jobs. And yet unemployment and under-employment is at record highs," Hanauer said.

"The talk tapped into a really important and timely issue. But it framed the issue in a way that was explicitly partisan. And it included a number of arguments that were unconvincing, even to those of us who supported his overall stance," Anderson posted on his website in response to censorship allegations.

Now despite all this, not everything about TED Talks is bad -- far from it.

Interesting speakers, diverse ideas, potentially game-changing ideas all dynamically and convincingly delivered in 18 minutes or less, then most made available to the entire world free online.

And for the Vancouver TED Conference titled "The Next Chapter" as it relocated here for possibly three or more years, there is some free access to TED Talks online for accredited community centres, non-governmental organizations, high schools, universities, or libraries. That may explain the number of TED Talks lamppost banners around the city.

But is it really worth all the attention?

Take one of the most popular TED Talks from psychologist Shawn Achor, titled: "The happy secret to better work."

It has over seven million views since 2011 and tells us if we think positive thoughts and use the "Happy Advantage" you'll be better at securing and keeping jobs, have superior productivity, more resilience, less burnout, greater sales and more.

Great -- I'll be sure to tell everyone working for minimum wage at Walmart and Target to lighten up!

Psychobabble to make rich people happier at their non-menial jobs may be obnoxious and not deal with most of the world's crushing reality but it's not any more harmful than Tony Robbins' self-improvement empire.

However, it is disturbing to read writer Llewellyn Hinkes-Jones easily destroying some TED Talks in The Awl earlier this year for their "blatant pseudoscientific garbage."

"These aren't nebulous meanderings on where ideas come from or the contentious talks on new age and quantum energy seen at the smaller TEDx events (kookiness that the organizers have already tried to clamp down on)."

"These are the main stage talks on subjects with wide social implications. These are the TED Talks that simply repackage right-wing talking points for the stoned California tech elite with a gloss of technological innovation and a contrarian interpretation of how the world actually works," Hinkes-Jones concluded.

As Jurgenson put it: "At TED, 'everyone is Steve Jobs' and every idea is treated like an iPad."

In the real world, TED Talks can be simply tedious, but the money definitely glistens.