It's only poetic justice that governments treat the PISA survey results with the same level of anxious defensiveness that students feel toward their own exams. 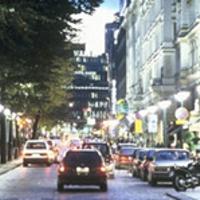 The Organization for Economic Cooperation and Development, which has devised and run the Program for International Student Assessment since 2000, isn't running for office. It doesn't have to please powerful nations by handing out easy As. And it does seem to judge the quality of learning in 15-year-olds, worldwide, with considerable accuracy.

So if your country does well on PISA, your government takes a victory lap and educators swarm in from other countries to learn your secret. Your teachers say the kids would have done even better if the schools had had more money.

If you bomb on PISA, it really hurts. Your government organizes fleets of task forces to study the problem. Your teachers remind you how underfunded they are, and education becomes a political migraine at least until the next round of exams.

PISA 2012 -- which focuses on math, science literacy, and reading skills -- has been awaited with both dread and hope. In the United Kingdom this weekend, the Conservative education minister launched a pre-emptive attack on the Labour opposition, saying the PISA results would be "a verdict on the last government," not on his.

When the results were announced Tuesday morning, the BC Liberal government responded instantly with a cheery news release. Our kids had whipped most of the 510,000 who took the exam.

An infographic in The Globe and Mail made our standing clear: While Canada fell out of the top 10, B.C. was above the Canadian average. We were even ahead of Estonia and Finland (and the Finns were mortified to be beaten by their Baltic neighbours). Only Quebec students outdid ours.

The usual PISA superpowers were at the top again: Shanghai, Singapore, Hong Kong, Taiwan, and Korea. The U.S., also predictably, was below the OECD average and barely outdid Prince Edward Island.

The CEOs are worried

Also as usual, the PISA scores have become a political football. John Manley, head of the Canadian Council of Chief Executives, didn't even wait for the announcement: on Nov. 28 he called for a strategy "to arrest the country's declining performance in international surveys of skills and education outcomes."

The South China Morning Post noted that "Shanghai's top rankings mean its students are the equivalent of three years of schooling ahead of their counterparts with average scores, including those of many wealthy Western countries like Britain and France."

In one sense, this fuss about PISA scores makes sense. Grades are a student's paycheque, and paycheques tell us what we're worth. We realize that some are grossly underpaid and others overpaid, but few of us are paid on any kind of objective scale. School systems and politicians can be as subjective and self-serving as any corporation; no matter who we are, we all feel ourselves to be underpaid.

Can the kid solve the problem?

PISA offers at least an appearance of objectivity and therefore of accuracy in assessing student performance. However different the cultural conditions between the laid-back Finnish system and the relentless grind of the Asian cram schools, the scores looked unbiased by teachers, politicians, or educational ideology: can the kid solve the problem?

PISA therefore carries a lot of political clout, which means teachers, politicians, and educational ideology must either support the tests or find some way to deal with unwelcome results. Finland has done both.

When the first PISA scores were released in 2000, everyone was amazed that Finland had beaten just about everyone. The Finns were amazed too. For 30 years they'd been redesigning their school system, not to get high test scores but to give every kid an equal chance at a good education. Having succeeded at achieving equality, they were surprised by this unexpected side effect. The top scores continued in more recent tests, though they declined a little in 2009 and still more in 2012.

In fact, a lot of Finnish teachers didn't like the results; they thought PISA was scoring the wrong skills. They still do, but the political benefits of top test scores were unquestionable. Now that Finland is losing economic steam and education funding is drying up, some teachers are happy with today's results. Now, they figure, the government will have to put more money into restoring smaller schools and tackling problems like mould in classrooms (which has been affecting an estimated 250,000 students and teachers).

No doubt B.C. teachers will see just the opposite effect of our good PISA results: Victoria will see no reason to improve education funding, since teachers on a lean diet have been doing so well.

These contrasting attitudes stem from radically different views of the purpose of education. The Finns see themselves as a small country (about the population of B.C.) in a big, tough world where they have to compete as a nation against other nations.

To do so they need every citizen to be as skilled and educated as possible. The current education plan calls for Finland to be "the most competent nation in the world by 2020... to enhance the competitiveness of Finnish knowledge and competence."

So Finnish education is egalitarian and cooperative, and PISA confirms it: gender differences in math and reading achievement are "among the lowest compared to other countries participating in PISA," and relatively few Finnish students are among the low performers.

In effect, Finland and other social-democratic countries compete (very effectively) against the world. We compete against each other, and so do our kids. For us, education is a war of attrition, a kind of endless Hunger Games, and the survivors are the kids with the most advantages. Everyone else is the collateral damage of the star system, the odds stacked against them from the start.

Ironically, PISA appeals to the star-system mentality. It gives B.C. a chance to crow about our "historical position as one of the top performing jurisdictions in the world." If Canada ran on the Finnish model, B.C. would be volunteering help to less successful provinces while seeking advice from higher-ranked Quebec.

John Manley's alarm about poor test results is also based on the star system, aggravated by what might be called the "CEO mindset." CEOs are flourishing in the status quo, and they have an interest in maintaining that status quo -- until some bloody-minded young upstart with a startup trashes their world.

The senior executives of Xerox didn't get the value of the graphic user interface that their own researchers had come up with. That required a college dropout named Steve Jobs, who wasn't part of anyone's business plan. Jobs was inspired in part by a college course he'd taken in calligraphy. Of all the artsy-craftsy courses sure to be axed by the CEO mentality, calligraphy would top the list. But Jobs used it to make his computer's interface beautiful, and therefore more commercial.

The CEO mindset has no idea what will make us competitive in future, only what will serve immediate needs that by definition are obsolete. So its opinion of student performance is irrelevant.

Could 'Angry Birds' rule the world?

Nor do the Finns have any idea where their next nation-saving company is coming from, but for that very reason they make sure everyone is well educated in everything. Ten years ago, Nokia's cell phones dominated the market; maybe 10 years from now, the Finnish company Rovio will devour Google, with Apple for dessert.

A broadly well-educated workforce will be able to turn its hand to anything that the upstarts can think of. A poorly educated workforce with a few stars will soon see the stars leave for whatever looks like the big leagues: Chinese kids study hard so they can go to Canadian schools, and Canadians dream of making it in New York or London.

The PISA 2012 numbers will trigger endless debate about education, at least until the PISA 2015 numbers come out. That's a good thing, because we need to think constantly about both the how and why of teaching our kids. My money, regardless of the numbers, is on Finland's free, egalitarian system.