[Editor's note: British Columbia's economy is growing. Much of that growth rests on expanded resource industries. Yet our laws designed to protect the unparalleled beauty and richness of the B.C. environment have been weakened, both federally and provincially, over the past decade. This Tyee special series, in cooperation with the Environmental Law Centre at the University of Victoria, reveals what B.C.'s leading experts in environmental law say most needs to be fixed, and their specific suggestions for change. To read all their recommendations, download the free electronic publication Maintaining Natural British Columbia for our Children: Selected Law Reform Proposals. Today, we look at the need to strengthen environmental rights under the law.] 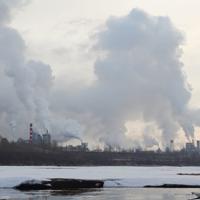 Put People on Par with Industry in Enviro Tribunals

But there is one important principle that British Columbians value that is neither protected by law nor enshrined in the constitution. This is the principle that every person has the right to clean air, water, and access to nature -- a right to a healthy environment.

As global environmental problems intensify, more and more people are impacted. For example, the World Health Organization estimates that over 30,000 premature deaths in Canada each year are the result of pollution, toxic chemicals and other environmental risk factors.

However, B.C. law continues often to treat the environment more like private property than a public right. Once a person or company obtains a legal right to land or water, that private right often trumps public rights regarding the water or land. The public often has little recourse for negative effects that the private use has on the wider community.

Canada is lagging behind. Our constitution does not contain protection provisions and the federal government has not legislated environmental rights. In fact, the Canadian government has opposed international recognition of the right to a healthy environment.

Fortunately, the governments of Ontario, Quebec, the Yukon, Northwest Territories and Nunavut have enacted different forms of enforceable environmental rights. However, British Columbia has not acted, even though an Environmental Bill of Rights was proposed in the legislature as early as the 1970s.

There is currently no right in B.C. to a minimum level of air or water quality. As environmental lawyer Margot Venton has written, "In our current legal political legal system, when a [private] right meets a [public] interest, the right almost always wins." Current legislation doesn't ensure any particular level of environmental quality; it just sets conditions on polluters once a license is granted. Any environmental harm that lies outside the scope of what the permit contemplates remains unregulated.

B.C. should consider legislating environmental rights and responsibilities. This could ensure that environmental risks are controlled -- and that the rights of those who pollute for economic gain are balanced against the interests of individuals and communities that suffer the burden of that pollution. British Columbians must have the right to participate in decisions that affect their environment and must have recourse when polluters damage their air, water, land and health.

Environmental rights can take numerous forms. The Constitution of Ecuador represents one progressive model, granting the right for nature to exist in and of itself:

"Nature or Pachamama, where life is reproduced and exists, has the right to exist, persist, maintain and regenerate its vital cycles, structures, functions and its processes in evolution. Every person, people, community or nationality, will be able to demand the recognitions of rights for nature before the public organisms."

The Ecuadorian model is consistent with the Indigenous law of many B.C. First Nations.

More limited rights exist in other Canadian jurisdictions. The Northwest Territories protects residents from the release of harmful contaminants. In the Yukon, private citizens are empowered to prosecute environmental offences. Ontario citizens enjoy an Environmental Bill of Rights, enshrining every resident's right to a healthy environment. Included in the bill are rights to access information, public participatory rights in ministerial decision-making, and opportunities to access justice in cases of environmental harm.

CASE FOR A BC ENVIRO COMMISSIONER

British Columbia needs an independent environmental watchdog who can blow the whistle when political decisions harm the environment and suggest constructive change where warranted.

Over the last decade there has been a systematic gutting of environmental regulations in B.C. Ministry of Environment staff has been slashed. The oil and gas industry was allowed to log Old Growth Management areas, something even forest companies cannot do. And government failed to ensure that companies implement commitments they make during environmental assessments.

For most such problems there is no watchdog. In 2001, the provincial government actually passed a law to create a Commissioner of the Environment and Sustainability within the Auditor General's Office. However, the office was never established and the law was repealed.

• The BC Auditor General's office should be expanded to include a Commissioner for the Environment;

• The Commissioner should be mandated to review government decisions, policies and laws that negatively impact the environment -- and to make public reports and recommendations;

• The Commissioner should be mandated to address citizen complaints; and

• The Commissioner should provide information, analysis and recommendations on proposed environmental policies and laws.

Legislation in B.C. like Ontario's Environmental Bill of Rights might help counterbalance the law's current tilt in favour of private property rights. Such a law should prioritize the principles of transparency, access to information, accountability, public participation in decision-making and adequate enforcement.

Government should consider legislation that would:

• Include freestanding environmental right provisions that require the protection, conservation and restoration of the environment for the benefit of future generations. To be effective the rights must be enforceable;

• Impose a duty on the government to hold the environment in trust for the public;

• Legislate public participatory rights in ministerial decision making where decisions have potential effects on the environment, including the right to information, participation in decisions and access to the courts;

• Empower individuals to bring their own proceedings against polluters;

• Establish a Commissioner of the Environment to oversee the facilitation of environmental rights into existing ministries;

• Include whistleblower protection to prevent reprisals against conscientious citizens; and

• Reflect established environmental principles such as the precautionary principle, intergenerational equity and the polluter pay principle.

Environmental rights like these can be powerful. In countries from Argentina and Costa Rica to Finland and France, environmental rights have resulted in improved air quality, safer drinking water, the clean up and restoration of contaminated sites, the rejection of ecologically destructive development proposals and enhanced protection for species ranging from scarlet macaws to sea turtles.

British Columbia must act now to conserve the integrity of our environment for both present and future generations. Government has a moral obligation to create a British Columbia Environmental Bill of Rights.

Australia: Office of the Commissioner for Sustainability and the Environment website.

Canada: Commissioner of the Environment and Sustainable Development website.