Two years ago, when I heard the news that an 11-year-old boy living in a group home in Prince George had been Tasered by police, I remember asking myself: "How could that possibility happen?" Last week, B.C.'s Representative for Children and Youth answered that question with agonizing clarity in her latest report: "Who Protected Him? How B.C.'s Child Welfare System Failed One of Its Most Vulnerable Children." 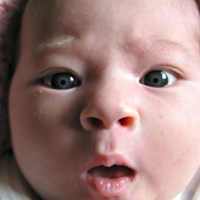 To Rescue a Child from Foster Care, Adopt

The story of this young boy is an extreme example of an all too common trajectory for many of this province's poorest and most marginalized young people who move quickly from being labeled vulnerable child, to troubled youth, to dangerous criminal.

More children and youth in care in B.C. become involved with the youth criminal justice system than graduate from high school. One in six youth in care had been in youth custody (lock up, remand or sentenced) compared to less than one in 50 of the general population of their age peers. Like the boy who is the subject of the Representative's report, nearly one-third of the youth in the youth justice system are Aboriginal, and this over-representation is replicated in the adult prison system as well.

Many of these youth, like the boy who was the subject of the report, begin life facing significant disadvantages including poverty, physical disability, and parents who themselves have been let down by the child welfare system as young people. His story is one of disrupted attachment, including 15 different foster and group home placements by the time he was 12, unmet medical and educational needs, and punitive responses to behaviours beyond his control. While the incident that prompted the report was unusual, many of the challenges he faced were not.

As the impacts of disadvantage and trauma compounded, this young child was increasingly institutionalized. By age eight, a psychologist has concluded that he could no long remain in regular foster care as a result of his "reactive attachment disorder", and he was placed in a group home designed for housing street and criminal justice system involved teens. One of the professionals quoted in the representative's report described group homes as "warehousing children until they aged out of the system."

It was also at the age of eight, soon after moving to a staffed "residential resource," that staff began to rely on the police to manage this child's behaviour. Although he was too young for the Youth Criminal Justice Act to apply, police were called during outbursts, or after particularly inappropriate behaviours, often transporting him to hospital where he was given extensive medication. This practice does not seem to be limited to British Columbia. In Ontario, the Office of Child and Family Service Advocacy found that there was a pattern emerging where youth are being brought into care and then being criminally charged for their behaviour. The OCFSA found that group homes rely heavily on the police to handle day-to-day behavioural issues that would come up in family homes, noting: "Kids have been charged for everything from refusing to read a book, or hitting someone with a tea towel."

One of the most troubling aspects of all criminalization of young people in the foster care system is the extent to which they are "held to account" for their behaviour, while those who harm them and put them at risk are ignored. One social worker reported to the representative that she believed the child was locked in a shed for undeterminable periods of time and forced to take cold showers as punishment. Both his biological family and many community members complained. While the foster home was eventually closed, no police report was ever made, and no criminal or civil charges were ever laid.

A life in prison

In reading this report it is striking how much the conditions facing this young boy in foster care mirror the conditions facing adults in our prison population. From his earliest experiences in the foster care system this young boy faced overcrowded conditions, suffered from lack of attention to health, and faced violence from his paid caregivers as well as from others around him. The representative even condemns the use of "safe rooms" to isolate the boy, in a practice eerily similar to prisoners being placed in segregation for bad behaviour. In many ways it feels like this boy has already been in prison his whole life.

This young child, at least at the time of this report, had not officially entered the youth criminal justice system, but many more like him make that transition every year. While it is easy for politicians to talk about getting tough on crime, it is much harder for government to talk about the failures of a child welfare system. Rarely do we get the chance to read such a thorough review of how difficult life can be for the most marginalized members of our society, and rarely has the government looked so ineffective in providing the type of care that would break the cycle of protection to prison.