"If any ideology is so serious that you can't have fun while you're doing it, it's probably too serious." -- Author Larry Wall 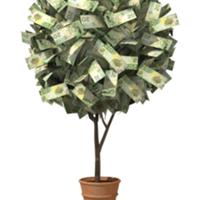 Four Reasons Why the Left Should Love the HST

Are you right-wing or left-wing? Are you a social liberal or conservative?

What exactly is your ideology? And how can you tell?

Tough questions anytime and more difficult still at a time when religion is fading as a moral compass and millions of different issues bombard us through electronic media.

Fortunately, help is at hand. At the Political Compass website you can take a short test and find out not only where you stand, but who's there beside you.

And for politically confused Canadians, or those like me who confound description, it couldn't come soon enough.

The Political Compass isn't a simple left versus right indicator, because that's not only too simple but simply inaccurate. It adds another dimension -- authoritarian or libertarian -- to paint a more telling picture by dividing ideology into four quadrants.

For example, on the extreme end both Adolph Hitler and Joseph Stalin were authoritarian but the ex-Russian communist was on the left side, while the former German fascist was surprisingly only a bit right of centre.

Down in the left and libertarian/anarchist quadrant is Indian independence leader and pacifist Mahatma Gandhi.

Only French Socialist President Francois Hollande and Greek opposition leader Alexis Tsipras can be found in the left-libertarian quadrant.

But if you take the test you may not agree with the results -- and directing voters to their political home can be very controversial.

The CBC ran into major criticism during the 2011 federal election when it promoted its own "Vote Compass" that Conservatives claimed was a biased tool that drove voters to its opponents by slanting the questions.

CBC is currently running another Vote Compass for the Quebec provincial election, as it no doubt will for B.C. in 2013's election.

But does it work? Consider my own contradictory political personality, which regular bemuses friends and foes.

I am a longtime supporter of the left-wing New Democratic Party and was once communications director to Premier Glen Clark and B.C. Federation of Labour president Ken Georgetti in the 1990s, but I have also run my own small business for 14 years serving businesses, unions, non-profits and government.

I enjoy shooting handguns -- I'm decent with a .45 Colt or 9 mm Glock -- and have also fired Thompson and Uzi submachine guns, all legally of course, but I oppose ending the long gun registry.

My beliefs include supporting choice on abortion and the right to euthanasia, but I detest capital punishment.

I voted in favour of the 2010 Winter Olympics being held in Vancouver to help our economy, then escaped to Mexico to avoid most events.

I'm on the left but won't visit Cuba because of its dictatorial government, and I received death threats from inside China after suggesting readers boycott products from that brutally repressive communist regime.

The Society for the Prevention of Cruelty to Animals gets my financial support but I enjoy the occasional taste of "banned in California" foie gras and vegan-reviled veal.

My opponents describe me as a champagne-sipping socialist in Armani clothes and they're correct -- unless I'm being an XO cognac connoisseur in Dolce & Gabbana gear -- but I usually write about social justice issues.

I have friends in all political parties but prefer the company of honest conservatives over whiny bleeding heart liberals.

I fought the unfair B.C. Liberals' carbon tax, drive a 5.0 liter V-8 Mustang GT and and was screamed at in public by David Suzuki, yet oppose the Enbridge pipeline plan and want more tax money to improve public transit.

I helped organize Fight HST to defeat the Harmonized Sales Tax but think taxes on the wealthy and corporations are too low.

The politician whose home I've visited the most isn't that of any NDP leader but instead of former right-wing Social Credit premier Bill Vander Zalm.

So where do I fit in ideologically on the Political Compass?

Actually, somewhere to the left and more libertarian side of retired South African President Nelson Mandela and Tibetan Buddhist leader the Dalai Lama.