Vancouver just played host to Velo-city Global 2012, the world's undisputed heavyweight champion of cycling planning conferences. The event made its North American debut June 26 to 29 at the Sheraton Wall Centre in Vancouver, just a block off the love-it-or-hate-it Hornby street bike lane. Debates over the most contentious cycling issues of the day brought some of the world's brightest bike lovers there. Luke Brocki included. Here's his tipsheet from the field. 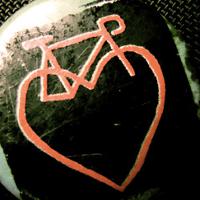 Seven Ways to Help Folks Fall in Love with Cycling

1. The helmet debate is a low-level fight. The European Cyclists' Federation (ECF) routinely calls on authorities to refrain from mandating or even promoting helmet wearing without sound evidence the practice is beneficial and cost-effective compared to other safety measures. That said, while debating whether helmets are lifesavers or just plastic hats is certainly an interesting and emotional issue, Velo-city delegates worried it's also an elementary and myopic fight that threatens to exhaust local cycling advocates as they battle local and regional governments seemingly unwilling to budge on the issue.

My advice to advocates? Wear a helmet if you want to. Don't if you don't. If the boys in blue reward the latter choice with a ticket, fight it in court and pay if you lose. Sooner or later one of you will stumble across a judge willing to make a precedent-setting ruling in light of the overwhelming data suggesting cycling is statistically safer than driving or walking (pedestrian helmets, anyone?). In the interim, focus on lobbying government to ramp up cycling infrastructure.

2. Cycle mode share is damn sexy. When a leggy Scandinavian blonde at a cycling planning conference asks “What's your number?” she's probably talking about your city's bicycle mode share, or the percentage of total trips done by bike. Vancouver sits at five per cent. London, England is at three. Amsterdam at 25. Copenhagen at 37. When a delegate told us Beijing used to be at 63 per cent, everyone in the room was extremely aroused.

3. Cycling makes smart cities richer. That's right. Cycling is not just for kids, hippies, hipsters and pinko commies. The delegates I spoke with argued cycling is not only cheap for the end user, but also a big moneymaker for progressive jurisdictions. I spoke with Aske Wieth-Knudsen, the head of Copenhagen's transit authority, who told me every $1 spent on cycling routinely results in $2 in revenue for his company, as more cyclists end up using a combination of cycling and public transit to maximize the efficiency of their commutes.

A Norwegian study found each kilometre driven cost society 35 cents, while each kilometre cycled saved society five cents in terms of total health and environmental costs. On the real estate front, bike infrastructure has been shown to increase property values, and a lot of realtors already use this fact in their marketing. And let's not forget tourism: people love riding bikes. They fly 12 to 15 hours to Copenhagen to do so, when they should be able to do it here without getting on a plane to empty their wallets in another country. The ECF estimates bicycle tourists in Europe outspend car-driving tourists and generate more than €50 billion a year in economic benefits.

4. The City of Vancouver's cycling plan is far too timid. Everyone knows our tall handsome mayor loves cycling. Furthermore, he was given carte blanche to govern as he sees fit, as evidenced by his party's landslide victory in the last election. Why then are Vancouver's goals for ramping up cycling infrastructure so timid?

Delegates, including the conference's master of ceremonies and superstar bicycle evangelist Gil Peñalosa wondered why, when local officials talk sustainability, they benchmark Vancouver with the greenest cities in the world such as New York City, but when they talk cycling, they benchmark Vancouver with Dallas, Mississauga or Atlanta instead of Amsterdam, Copenhagen or Portland. Just one example: Copenhagen is looking to boost its already enviable cycle mode share to 50 per cent by 2015. Vancouver's goal? Seven per cent by 2020. Step it up, guys.

5. We're a bunch of querulous idiots. One of the reasons Mayor Gregor Robertson and friends are having such a tough time ramping up bicycle infrastructure is because we're terrified of progress. We have 12 km of protected bike lanes in Vancouver and every metre was a controversy. Vienna has 1,200 km. Chicago is building 140 km of protected lanes in a single mayoral term.

The medium city of Seville, Spain, roughly the size of Vancouver, has 140 km of protected lanes. In Paris, the mayor built a massive network of protected lanes and eliminated 7,000 parking spaces to accommodate the bike racks for that city's bike share program. The strategy proved a huge success. (Note to Gregor: he even got re-elected).

After having my mind blown by some of the world's smartest bike lovers at Velo-city, I feel cycling really should be the easiest thing in the world to promote: it's fun, gives you freedom, makes you fit, saves you money and is an important ingredient for healthy, sustainable and liveable cities. Stop griping and get up and ride!