The eyes of the world are on Greece as the beleaguered country lurches toward bankruptcy, threatening to drag the global economy into another recession. There has been much finger wagging from Germany about the need for Greek fiscal restraint and discipline, but what role have the German arms industry and predatory European banks played in creating this crisis? 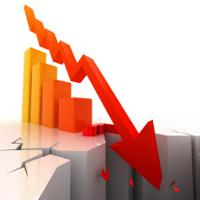 Could Olympics Undo the Global Economy?

Over the last decade, Greece has been the largest importer of conventional military hardware in the European Union. Greek military spending as a percentage of GDP is more than any other EU member and tops even nations such as Pakistan, which is engaged in a variety of ongoing conflicts.

Greece now has more than 1,200 battle tanks, 1,700 armoured personnel carriers, 300 fighter jets (including 156 F-16s), eight submarines and more than 40 frigates, gunboats and miscellaneous missile carriers. The bloated Greek military now has an air force similar in size to Germany's -- a front line member of NATO with an economy 10 times larger than Greece and eight times as many people.

And what country is so threatening to Greece that could possibly justify this level spending by such a dangerously indebted country? Apparently their NATO partner, Turkey. Richer still is speculation from the CIA that the greatest peril to the Greek government is not a confrontation with Turkey, but a domestic military coup stemming from draconian cuts to the Greek public service and the predictable civic unrest that has ensued.

So severe are Greek austerity measures that the United Nations has warned that basic human rights of Greek citizens are being violated. The Greek suicide rate has doubled since the bank-imposed austerity measures. Unemployment is over 16 per cent. Cutting more or faster without threatening revolution would likely be impossible since the Greek population has been pushed precisely to the limits of human tolerance.

It is no small irony that military spending, ostensibly aimed at making the world a safer place, could well trigger a banking contagion that might unhinge the global economy. The majority of Greek military equipment was also manufactured in Germany, France, Britain and the United States, creating an interesting conflict of interest.

While the EU has repeatedly criticized Greece for their lack of fiscal restraint, some of the loudest voices, including Germany and France, have profited massively by loading up the sagging Greek economy with billions of dollars in their military exports. These purchases by Greece fully accounted for 15 per cent of German arms sales between 2006 and 2010.

Troubling questions are also raised by loan guarantees provided by banks operating in the EU. The risk to European banks and arms manufacturers in providing reckless loans to Greece has been very low since these loans are guaranteed by the European Financial Stability Facility. In the short term, bankers might even reap windfall profits from the initial collapse of the Greek economy as interest rates on Greek bonds balloon to the stratosphere. That is, unless the whole house of cards comes crashing down.

Banks worldwide, however, seem unable to restrain their collective greed, even as it unravels their own industry. The IMF warned that the EU debt situation has cost their banking sector almost $275 billion since 2009, threatening another global credit crisis.

Meanwhile, the enthusiastic German arms industry is further demonstrating their fixation on profits over principles by selling 200 Leopard battle tanks to the repressive regime in Saudi Arabia. The Saudis helped crush a popular uprising this year in neighbouring Bahrain as the Arab Spring spread throughout the Middle East.

We should also remember that Greece was saddled with massive debt earlier this decade, partially due to exorbitant spending dictated by the International Olympic Committee (IOC) -- an organization ranked as the least accountable on the planet.

The narrative most of us have been told of the lazy irresponsible Greeks threatening global stability ignores some obvious facts. European banks, the arms industry and even the IOC have profited handsomely from contributing to this mess.

To ensure that history does not continue to repeat itself, in Greece or elsewhere, we need to transform the role of the banking industry. This sector has morphed from a useful part of the economy providing important financial services into a grotesque global oligarchy that has become a danger to everyone, including itself.

Challenging such powerful interests first requires correcting the public narrative of irresponsible creditors, too lazy to work, rather than bankers racking up reckless private debt that becomes the taxpayers' burden when things go south.

It will also require a great deal of political will. Fortunately, governments around the world are getting some long overdue heat from their beleaguered populations. The protests in Athens and the growing Occupy Wall Street movement in North America resonate with the same collective rage, and hope for a better world.