Walking past the hundreds of stately Somali refugees lined up outside the gates of the UN High Commission for Refugees here in Nairobi -- men in tidy shirts and slacks, women in baby blue, fuchsia or copper chadors -- the pasty face of Jason Kenney floats into my mind.

Later, watching the images of the nearly 400,000 starving Somali women, children and men crammed into the Dadaab refugee camp on Kenya's border with Somalia, there he is again, forcing his way into my imagination: Jason Kenney, Canada's minister of immigration and xenophobic rhetoric.

I can't separate what I see from Kenney's purposeful stream of bafflegab ever since a mere 575 refugees claimants arrived on Canada's shores via the Ocean Lady and Sun Sea. Those 575 are less than one fifth of one per cent of the total number of refugee claimants Kenya is struggling mightily to deal with at the moment. But Kenney worked with what he had to use. He achieved his political purpose by conflating the terms "refugee" with "queue jumper," "illegal alien," "terrorist." Kenney led Conservatives in rubbing the racist nub of one of their core constituencies while confusing enough Canadians to guarantee Bill C-4 will receive little if any public attention or opposition -- diminishing, when it passes, the hopes of starving Somalis and any other person desperately longing to find safety in Canada, particularly those whose hopes were raised by the prospect of reuniting with family members already here.

But wait. If we're to take Kenney's rhetoric at face value, these people aren't refugees at all. They are potential "customers." This from his June 2011 press conference with the hapless Vic Toews during which he explained the reasoning behind (now) Bill C-4:

"What we're trying to do is to put a big question mark in the minds of the potential customers [italics mine, bombastic fallacy Kenney's] about the prospect of quick family reunification and we're trying to say to them that you, even if you get asylum status in Canada, it won't necessarily be permanent. We believe that those doubts seeded in the minds of potential customers [ditto] will significantly depress demand and the price point [You can't be serious? Mine], making it frankly uneconomic for the smugglers to provide the service to Canada."

Kenny goes on to spew some nonsense about Bill C-4 "changing the business model of smugglers," as if convincing the frantic victims of economic and political oppression to hand over all they possess for the privilege of wedging themselves and their children into a leaky hulk and running a gauntlet of storms without food or water in order to stumble ashore at the edge of a frozen land were the equivalent of mailing out flyers to potential Canadian Tire customers.

This "punish the refugee" approach to dealing with the problem of human smuggling was tried in Australia and proved be an abysmal failure.

But these are the Conservatives and we already know they aren't interested in facts when they make their wedge-driving policies.

Do I sound angry? You're damn right I'm angry.

I guess you'd have to be here.

'Those who don't die'

As many as 3,000 refugees a day are now staggering and in many cases crawling across the border from southern Somalia.

When I spoke with the World Food Program's Stephanie Savariand, she refused to play the game of comparing this situation with, say, the famine in 1984. But she did tell me that "what worries us with this crisis is the state of the people reaching the [Dabaab] refugee camp. Those who don't die before they arrive do so in very desperate conditions. It's clear that they only left home because they were going to die there." She paused for a moment and added, "And this is just the start. We know the numbers are going to rise to at least 10 million." Ten million. Or the population of B.C., Alberta and Saskatchewan combined.

In some parts of the region it's been nearly three years since they've seen rain -- the worst drought in 60 years. These people have dealt with droughts before, although they are increasing in frequency and severity. But this time the region -- which includes north and east Kenya, Somalia, Eritrea, Djibouti, and Ethiopia, and may soon add north-east Uganda and much of the newly created Republic of South Sudan to the list -- hit a tragic trifecta: drought, high food prices and conflict.

Civil war in Somalia, and the decision by one of the combatants, Al-Shabaab (the Islamist group that controls most of the south and parts of central Somalia, including hunks of the capital, Mogadishu) to boot out all international aid organizations 18 months ago (after killing 42 aid workers) meant there were few programs in place to nip the crisis in the bud.

Simultaneously, food prices have gone through the roof across the region, in part because demand for biofuels to run cars in North America diverts crops away from local markets, putting upward pressure on the price of foodstuffs. The day I arrived in Nairobi, demonstrators calling on the Kibaki government to reduce the price of staples such as maize were being tear-gassed by police in the city's core.

Joseph Kariuki, who works in Nairobi but commutes to his farm 80 kilometres away on weekends, tells me two months ago he paid 1,000 shillings to buy a package of maize flour. Today he has to fork over 5,000 shillings. White flour is up to 170 shillings from 50. Electricity has shot up in the same period from 200 shillings a month to 1,600. "Just one sausage costs 30 shillings," Kariuki told me. At my hotel's buffet breakfast, we had the choice of four different kinds of sausages. If you were so inclined, you could have them all and as many as you desired.

Meanwhile, reports started trickling out of northern Kenya that as many as 200,000 cattle, goats and other animals owned by pastoralists in the region have died, their sun-bleached rib cages strewn across the gravelly soil.

"Those camps are now 20 years old!" The UNHCR's Emmanuel tells me. "There are kids entering adulthood who have spent their entire lives in those camps. We really have to address these issues."

I guess when you look at it one way, the refugees in these camps can take heart once Kenney's Bill C-4 goes through. Starving men, women and children who haul themselves into camps halfway around the world from Canada would be deemed by the bill to be "regular" arrivals, and "real" refugees (in Kenney's own words), theoretically welcome to avail themselves of Canada's refugee system. "Bogus" refugees (again Kenney's term), who arrive in an "irregular" manner -- that is, by boat -- would be classified as refugee, second class, and subject to mandatory detention for a year without review. Even if they were granted refugee status, for up to five years they would have to prove to the government that they were still in danger back home. In the meantime, they couldn't travel, have family members join them, or restart their lives as contributing members of Canadian society. 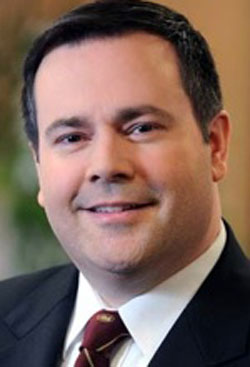 Of course what this really means is that anyone who actually arrives on our shores is not a "real" refugee according to the Conservatives. Real refugees are over there, somewhere else, and someone else's problem. We can leave the cost of providing dignity to these people to countries like Kenya that can least afford it. Hell, maybe some aging rock star will hold a concert for them.

And out of sight, out of mind. Kenney knows full well that the overseas processing of refugees by the Canadian system takes years. According to the Canadian Council for Refugees, there is a backlog of 30,000 applicants or more. In fact, under the Conservatives, the number of refugees waiting for someone -- anyone -- to look at their file has increased three fold.

According to Adeena Niazi, executive director of the Afghan Women's Organization, "many refugees overseas have no access to the UN and their situation is too dangerous to wait for a solution to come to them. For some, the most effective way to save their lives is to get to Canada and make a claim." But in the Kafkaesque world created by Jason Kenny, if they do come to Canada, they would be "irregular" and "bogus." The message might as well be: better for you to stay at home, make millions selling arms, apply to come to Canada as an economic investor.

Jason Kenney's self-satisfied face floats again into my mind, this time as a photograph clipped to his resume. I imagine him applying to immigrate to Canada. Would we take him? I mean, he's a college dropout who majored (briefly) in philosophy and has never held a real job outside the world of politics. Get in line, customer.

For those Canadians who haven't yet been bamboozled by Kenney's rhetoric, there is much that needs to be done here. The World Food Program is underfunded, and we need to pressure the government to send more money their way, if only to take some of the pressure off of the Kenyans whose own citizens are suffering immeasurably.

There are a number of Canadian and other NGOs on the ground that could use your support. Do your homework and open your cheque book. "We desperately need more supplies, more money to purchase them, more qualified staff, more of everything, really, to stop this from turning from a severe crisis to a major tragedy," Save the Children's David Wightwik recently said.

Finally, donor fatigue is not an excuse. "I guess it's the old problem of hearing the same thing from the same place," the World Food Program's Stephanie Savariand sighed. "But for me the saddest element is listening to mothers and fathers in the camp who tell us how they buried their children who didn't make it out there somewhere. Anyone in Canada with a family must feel that pain and be touched by that."