The BC Green Party says urgent action is needed to address the province’s “collapsing” health-care system.

And its two MLAs are planning a series of meetings across the province this summer to hear from health-care workers and patients on solutions.

Emergency room and urgent-care clinic closures across the province have drawn attention to chronic staffing issues in the health-care system, made worse by COVID-19 pandemic-related illness and burnout among health-care workers.

With record numbers of British Columbians without a family doctor, the toxic drug crisis and questions about pandemic and lack of integrated mental health care, the Greens say urgent action is needed.

“Our health-care system, in the premier’s own words, is teetering,” said Green Leader and Cowichan Valley MLA Sonia Furstenau Thursday in Vancouver. “And the government has barely admitted there are problems.”

The current NDP government doesn’t have “a clear plan or vision of how to end our health-care crisis,” said Furstenau.

“Right now, people are struggling to have their basic needs met.”

Furstenau and Saanich North and the Islands MLA Adam Olsen will tour the province this summer to hear directly from health-care workers and patients about what needs to be done.

Nearly one million — one in five — British Columbians don’t have a family doctor. That means health issues go unaddressed or unnoticed, and specialist care is difficult to access when needed.

The Greens say the NDP has failed to listen to doctors and health-care workers when making health-care policy, which Public Safety Minister Mike Farnworth promised to do in an open letter he penned as health minister in 2000.

They have also criticized the urgent and primary care centres, championed by the NDP as a means of alleviating pressure on individual clinics and emergency rooms, as inefficient.

In May, Premier John Horgan called the lack of family doctors “a real problem.”

“What we need to do, it seems to me, is continue our work with family practice doctors,” Health Minister Adrian Dix said the same day.

The Greens supported the minority NDP government from 2017 to 2020 based on an agreement around key issues.

Since the 2020 election, the Greens have grilled the government on everything from its pandemic response to funding for primary and mental health care to its response to the toxic drug crisis.

“The primary care problem has led to so many problems across the board,” said Dr. Sanjiv Gandhi, chief of cardiovascular and thoracic surgery at BC Children’s Hospital, at the Greens event on Thursday.

Children and adults are waiting a long time for surgery and specialist care, or presenting at the emergency room with acute issues that could have been treated by a family doctor before they worsened, he said.

“Even as a heart surgeon, I have trouble accessing a [primary care] practitioner,” said Gandhi.

Erika Penner, a clinical psychologist and director at the BC Psychological Association said psychologists want to integrate into the primary care system to ease the burden on family doctors and get patients what they need.

“People in this province are suffering,” she said.

A 2020 pilot project proposal by the Greens to integrate psychologists into primary care teams and cover their services under MSP was not adopted by the province. 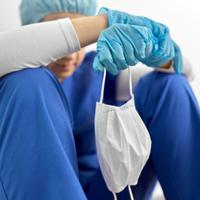 The announcement of the party’s summer tour came the same day as news that at least 161 people were killed by toxic drug poisonings in April.

The Greens have repeatedly called for an urgent rollout of safe supplies of criminalized street drugs to separate people from the poisoned supply.

A recent coroner’s death review panel found safe supply would be the most effective means of saving lives in the short term.

Gandhi stressed that the best way to improve the health-care system is to help people be well in the first place through access to stable housing and living wages and rates for provincial assistance.

Furstenau hopes the tour, which will have ten stops between June 16 and Sept. 24, keeps up pressure on the government to act.

“What I would expect is a plan,” she said.