To avoid a perception of bias, the Law Society of Alberta has hired a British Columbia law firm to act as its counsel for the upcoming hearing of Alberta’s justice minister, Tyler Shandro, who faces three citations related to alleged unprofessional conduct while he was the province’s health minister.

The Tyee has obtained letters sent Monday from McEwan Cooper Dennis LLP, a Vancouver law firm, to two doctors who are potential witnesses in Shandro’s hearing.

“That hearing has yet to be formally scheduled but we expect it will be scheduled to take place in the coming fall,” the letter from firm partner Ken McEwan reads.

“Please note that your testimony may be required at that hearing and advise us if you foresee any restrictions on your availability to do so in September, October or November.”

The citations for Shandro, who is a lawyer, stem from his behaviour, or alleged behaviour, while health minister towards vocal critics.

In one high-profile incident, Shandro went to the home of a Calgary physician, Dr. Mukarram Zaidi, in March 2020 and, along with his wife, Andrea Shandro, allegedly berated the doctor on his driveway for reposting a derogatory meme on Facebook that referenced an alleged conflict of interest involving a company Shandro and his wife own in part.

Zaidi told CBC News both Tyler and Andrea Shandro were yelling at him, and Tyler was so upset that he was crying.

The incident took place within earshot of his wife and children, Zaidi said, and only de-escalated when the doctor agreed to delete the meme.

Shandro did not apologize to Zaidi and the day after the incident was made public, Premier Jason Kenney falsely stated Shandro’s wife had been threatened and the then-health minister was defending her.

At the time, Shandro declined an interview request but through a spokesperson said social media posts like the one Zaidi reposted had contributed to threatening emails and phone calls his wife had received.

The law society citation states this alleged conduct was unprofessional.

In an interview Thursday, Zaidi said a lawyer from the B.C. firm told him his wife and children may have to be subpoenaed to testify, which he is firmly against.

“I told the lawyer, I will do everything I can to help the law society, but I don't want my wife and children to be dragged into this,” said Zaidi, who stressed that he did not file the complaint with the law society and does not know who did.

He said he hopes the hearing will ensure no other politician behaves as Shandro and Kenney did toward him, and he hopes he will receive an apology.

A threat to send protective services after accuser

In another incident that led to a law society citation, Shandro threatened to send protective services after a woman who emailed his and his wife’s company, also alleging a conflict of interest.

"Email her again and it will be referred to protective services.”

Fraser’s email contained no threat against Shandro or his wife.

Fraser told The Tyee she had not been contacted by the law firm, even though she said she contacted the law society and offered to participate after its hearing for Shandro was made public.

In an emailed reply to another person, Shandro called them “crazy” and claimed they were harassing and bullying his family. The person told The Tyee they do not wish to be involved in the hearing or named because they fear losing their job. 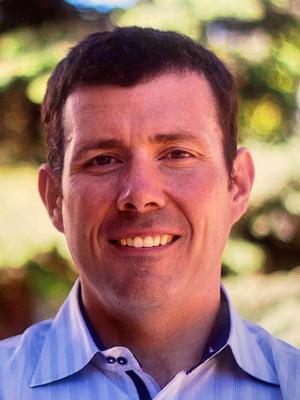 Red Deer physician John Julyan-Gudgeon believes his privacy was breached when he received an unsolicited call on his personal cell phone from then-health minister Tyler Shandro, who was displeased the doctor had participated in a rally protesting health cuts. The calls felt intimidating, says Julyan-Gudgeon. Shandro maintains he just wanted to talk and did not know the numbers were improperly procured by a staffer. Photo submitted.

He called the doctors, John Julyan-Gudgeon and Lauralee Dukeshire, at home at night. Both said they felt their privacy had been breached and that they found the calls intimidating.

A spokesperson for Shandro previously said the minister was unaware the phone numbers were improperly procured and that the minister simply wanted to talk to the doctors. Turner said she obtained the doctors’ numbers after Shandro asked for them and “assumed their consent was implied.”

Dukeshire subsequently closed her practice in Red Deer and moved to British Columbia citing the negative atmosphere created for doctors by the Alberta government. She said she has not been contacted by the Vancouver law firm. She said she also did not file a complaint to the law society.

In an interview Thursday, Julyan-Gudgeon said he received a letter from the Vancouver law firm seeking his testimony and co-operation.

He said he is apprehensive because he fears Shandro, who he called “vindictive,” will come after him again. He said he also has little faith that the law society will hold Shandro to account.

Julyan-Gudgeon said he hopes the hearing will send the message to politicians that they should comport themselves professionally and “not use the government to further your own personal goals and to inflict abuse on others.”

Why Alberta’s law society turned to a BC firm

In an emailed statement, the law society said hiring an outside firm to represent the organization is “appropriate in this case based on Mr. Shandro’s position in the government, and particularly given his current role as the Minister of Justice and Solicitor General of Alberta.”

Elizabeth Osler, the law society’s CEO and executive director, said it is “best practice for a regulatory body to use external counsel in situations where the individual is in a public position, and/or where the circumstances of the case are high profile.”

“This is done to ensure that there can be no allegations about the legitimacy of the hearing process,” Osler said. 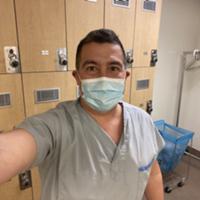 The law society said the external firm will manage the file from the pre-hearing stage through to conducting the hearing itself, including presenting agreed facts and interviewing witnesses.

Sanctions for lawyers found to have breached the law society’s code of conduct range from fines to suspensions and, in the most egregious cases, disbarment.

In an emailed statement to The Tyee, Shandro's press secretary said that "two years ago, an anonymous account on social media published a post that encouraged the public to file complaints with the Law Society of Alberta. The complaints that have been made are all matters that have been publicly reported.

"Minister Shandro looks forward to resolving the matter through the Law Society of Alberta’s complaint process."