The Government of BC is asking the public for input on how it should ensure industrial property owners, rather than taxpayers, pay for the cost of cleaning up abandoned properties.

Industrial properties that are abandoned or underused because of perceived pollution are known as brownfields — and B.C. has around 25,000 of them. Brownfields can be anything from the large Britannia Mine, to a small mom-and-pop dry cleaning business.

Currently if a company is unable or unwilling to remediate its site, taxpayers are on the hook for the cleanup cost. The government wants to change this.

To ensure polluting companies clean up their mess, the province is proposing introducing a Public Interest Bonding Strategy. This would require companies with projects “that pose high environmental and financial risks” to budget for their eventual cleanup, according to the government.

The bonding strategy would apply to “existing active and new projects so that these types of projects do not become abandoned brownfield sites in the future,” the Ministry of Environment and Climate Change Strategy said in an emailed statement. The strategy would not apply to existing brownfields.

“Some industrial projects in B.C. have not been required to provide sufficient financial assurance to cover the full costs of environmental cleanup and remediation,” the government notes in its discussion paper, on the issue, released earlier this month. Some projects don't get cleaned up because there’s “no clear legal requirement for owners to do so,” it continues.

A bond would allow the government to secure the “funds required to properly complete any necessary environmental cleanup and site reclamation,” the discussion paper says. Businesses would get the entire sum back when they could prove the site was fully remediated.

While it did not name individual companies or sites, the discussion paper added that recent instances of bad actors “highlighted the need to review” how the province gets assurances companies will clean up after themselves.

“Requiring companies to secure financial guarantees ensures that owners of large industrial developments are responsible for cleaning up after their projects,” Bruce Ralston, minister of energy, mines and low carbon innovation said in a press release.

This strategy will help prevent the creation of new brownfields but doesn’t do anything to clean up existing sites, said Larry Reynolds, a B.C. lawyer with a PhD in environmental law.

Reynolds compared the strategy to repairing a large hole in the roof — while ignoring dozens of other smaller holes and forgetting to turn the pump on to drain the water from the basement.

Because Ralston mentioned “owners of large industrial developments,” Reynolds is worried the government is only going to target a small number of large businesses and ignore the vast majority of small businesses responsible for the bulk of brownfields in B.C.

“I think it’s a mistake to point fingers exclusively at large developments,” he said. “It’s not just a big industry problem — and big industry often already has the wherewithal to clean their pollution up.”

But the government might be hesitant to target smaller businesses because a company can say, “we can’t clean it up, we’re declaring bankruptcy — goodbye,” Reynolds said. That means the responsibility for cleaning up a site falls to the government and taxpayers.

“Small businesses might not be able to afford the cost of a cleanup bond,” he said. “But you can’t leave that cost to the taxpayer — they can’t afford it either.”

In its emailed statement, the Ministry of Environment said the bonding strategy will rate “large and small industrial operators” based on “risk criteria” that considers: the threat the project poses to the environment; the company's ability or willingness to clean up after itself; and the size of the development. “It’s important to note that small projects can pose high environmental risks with large cleanup costs,” it said.

Asking the government to require businesses to clean up brownfields has been a long-time goal of the Union of BC Municipalities.

UBCM president Laurey-Anne Roodenburg applauded the move. But, she added, because the bonding strategy is not retroactive, the UBCM will continue asking the province for a solution to address existing brownfields, which are a “blight” for small municipalities.

“We know this is a significant issue for many communities and we’re grateful to hear the province is seeking input during the public consultation process,” she said.

Brownfields can impact small towns in a number of different ways.

Industrial or commercial space is often limited and therefore precious to small towns, and if a site is unmediated it can sit underused, which reduces the town’s economic potential.

A strange loophole also exists where if a property is polluted, its value is far lower; this can mean that owners of polluted properties have an incentive to leave a site polluted to avoid paying higher property taxes and for costly remediation. This reduces the taxes collected by local governments, and can delay remediation, meaning pollution exists in the environment for longer.

Reynolds says the government already has the tools it needs to order brownfields to be cleaned up, but lacks the political will to act. 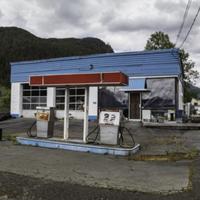 It Pays to Pollute in BC

The Environmental Management Act allows the province to order that a site be cleaned up. If the company is unwilling to take action the government can move in, clean the site up and sue the company to cover the cost, he said.

In its emailed statement, the Ministry of Environment also noted its contaminated site and brownfield remediation program “continues to offer increasing certainty and flexible approaches for remediation and redevelopment.” Anyone interested in site clean up should consult with experienced professionals such as environmental consultants or lawyers, and work with local governments and First Nations, the statement continued.

The public is invited to read the government’s discussion paper and submit its feedback until May 28 at 4 p.m.

* Story updated on April 29 at 5:29 p.m. to include details received in an email statement from the Ministry of Environment after publication.