“The data we will present to you today shows significant racial disparities affecting Indigenous and Black people, and to a lesser extent Arab/West Asian people and Hispanic people,” Govender said.

Along with the recommendations to be submitted to a legislature committee that’s reviewing the Police Act, Govender released a 295-page report her office commissioned, written by professor Scot Wortley from the University of Toronto’s Centre for Criminology and Sociolegal Studies.

“Taken together his report and our submissions confirm the existence of systemic racism and the impact of certain policing practices in British Columbia and demonstrate that its effects are pervasive and severe,” Govender said.

“The results of this examination are disturbing,” Wortley concluded in the report. “Indigenous and Black people are either grossly or significantly over-represented in British Columbia arrest statistics. Hispanic and Arab/West Asian people are also over-represented in many of the police jurisdictions involved in the current study.”

For example, between 2011 and 2020 in Vancouver, a Black person was about five times as likely as a white person to be arrested. The odds that an Indigenous person would be arrested were 11 times higher. People identified as Asian or South Asian were arrested at lower rates.

Indigenous women were arrested at a rate double that of arrests of white men and 16 times that of white women.

Much police activity involves people who are experiencing mental health issues, and Indigenous, Black and Arab/West Asian people were significantly over-represented in those types of interactions as well, Wortley found.

“Regardless of the cause, the over-representation of Indigenous, Black and other people of colour in police statistics is a problem that can no longer be ignored. Both government and police officials must make the reduction of racial disparities a priority.” 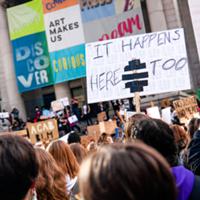 Govender said the report may be the largest study of policing data ever done in Canada.

Research is clear that in some circumstances the problem is the result of the bias of police officers, she said.

“We also know that the long-term impacts of colonization, immigration policies, systemic racism in the education system, labour force inequities, intergenerational trauma and other embedded social inequities lead to greater involvement of some communities in the criminal justice system.”

She added, “Wherever they may originate, inequities are often revealed through the exercise of police power and therefore police bear a significant burden to address them.”

Solutions will require a broad and proactive approach, Govender said.

The submission made 29 recommendations based on four key premises: 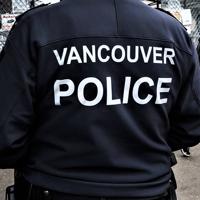 Recommendations included that the B.C. government work with Indigenous peoples on a government-to-government basis to amend the Police Act, clearly authorize police to collect race-based and other demographic data “for the purpose of addressing systemic discrimination in policing,” reduce the discretion police have in conducting street checks, and redirect police budgets into civilian-led social services.

Wortley said that when he was in Vancouver 30 years ago for a criminology conference that focused on race, crime and bias in the justice system and included a tour of the Downtown Eastside, the issues were very much the same as they are now. Taking a new approach is overdue, he said.

“We’ve been pouring money into policing for decades now and with very little changing with respect to the level of crime and the patterning of crime that we’re seeing in this data,” he said.

“We must stop this crisis cycle.”