The BC Council of Forest Industries and the United Steelworkers union say protecting old-growth forests could cost four times as many jobs as the government is predicting.

But whatever the actual number, any decline in employment will be part of a long-term trend that has seen fewer people working in the sector even as the volume of trees logged each year remained steady.

Last week Katrine Conroy, the minister of forests, lands, natural resource operations and rural development, announced the B.C. government plans to defer logging 2.6 million hectares of the most at-risk old-growth forests in the province for two years while it discusses possible permanent protection with the Indigenous nations whose territories the forests are on.

Conroy said the ministry estimates up to 4,500 jobs could be affected and promised a suite of programs aimed at helping workers and their families transition to other work.

The Council of Forest Industries, however, believed the government’s estimate is far too low.

“Our initial analysis indicates that these deferrals would result in the closure of between 14 and 20 sawmills in B.C., along with two pulp mills and an undetermined number of value-added manufacturing facilities,” Susan Yurkovich, president and CEO of the council, said in a statement released Nov. 2.

That translates to about 18,000 “good, family-supporting jobs lost” and about a $400-million reduction in government revenue each year, she said.

A day later the United Steelworkers, the union representing about 12,000 of B.C.’s forestry workers, put out a statement backing COFI’s figures over the government’s.

“If even half of the 2.6 million hectares identified by the government are removed, jobs will be lost as multiple sawmills, value-added operations and pulp mills close permanently,” it quoted USW Wood Council Chair Jeff Bromley.

“In the past three years, eight operations with USW workers across B.C. closed and 1,000 good-paying, family-supporting jobs were lost,” he continued. “The impact from this process will almost certainly multiply across the province.”

For comparison, there were nearly 2.7 million people employed in all sectors in B.C. in October. B.C. added 10,400 jobs in October according to the Labour Force Survey numbers StatsCan released last week.

According to the government, about 55,000 hectares of old-growth forest in the province is logged each year.

Conroy said COFI appears to have made assumptions that inflated the number of job losses. “It’s an interesting analysis but they’ve done it without having all the information and we have all the information,” she said. “I don’t understand how they would come to such a drastic number when we didn’t.”

For one thing, COFI made its estimates without knowing exactly what areas the government is looking at and they assumed those areas would be entirely old growth, which is not the case, Conroy said.

There’s also an assumption that logging will stop in January in all the areas identified for deferral, she said.

Nor did COFI take into account the transition programs the government plans to introduce for workers and their families, she said. “They’re used to the old way where there was no supports, but we have supports,” she said.

“This is not like under the Liberal government where 30,000 people lost their jobs and there were absolutely no supports in place for workers, for communities, for industry,” she said. “We’re not doing that. I lived through that. I wouldn’t do that to people.”

Many of the issues facing the sector have been a long time in the making, Conroy said. “I wish forest ministers back before we became government in 2017 had thought to say there are issues happening within our forests,” she said. “There’s beetle kill, wildfire, we knew climate change was happening, but that wasn’t looked at.”

There’s no question the decline in forest sector employment is a long-term trend. In 1991 about 100,000 people worked in the industry. Today the figure is closer to 50,000.

In a two-page paper released at the end of September, "Job Change in the Forest Sector," the Science Alliance for Forestry Transformation examined what drove the decline.

“Various factors have been proposed as responsible for this loss including mechanization, loss of accessible fibre, increased wildfire and beetle disturbance, increased raw log export, increased area in protection, etc.,” it said.

They found that while over the three decades there had been about a 10-per-cent decrease in the volume of timber logged annually, a bigger factor was the drop in the number of people required to do the work.

In the 1990s there were 1.3 jobs for every thousand cubic metres harvested, but that had declined to just three-quarters of a job in the most recent decade.

“This decline in jobs per unit volume suggests that mechanization, and perhaps raw log exports, are responsible for most of the loss rather than decreased area available for harvest due to protection, loss of fibre or increased disturbance,” the paper said.

They estimated 38,000 of the jobs lost in the sector since 1991 could be atributed to mechanization and perhaps raw log exports. Wildfires were responsible for about 5,500 jobs lost.

Between 2016 and 2020 the province allowed an average of five million cubic metres of raw logs a year to be exported without processing.

Using COFI’s calculation, that volume would be enough to keep as many as 10 sawmills running.

“The link between the volume of timber and the number of jobs appears to be quite broken,” said BC Green Party Leader Sonia Furstenau, the MLA for Cowichan Valley. “I think we have to bring into this conversation the way forestry is practised in B.C.”

Companies still clear cut forests, which is a very efficient way to remove a lot of trees quickly using very few people. What’s needed is a move to selective logging, which is both more labour intensive and better for the forests, she said.

BC Liberal interim leader Shirley Bond said the lack of details in the deferral announcement has created confusion. 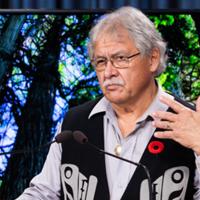 BC Paused a Lot of Old-Growth Logging. Now What?

“Today in British Columbia we have forest workers who woke up to find out that they may well not have a job,” she said. “They can’t necessarily feed their families. They have no idea what their future looks like.”

The disagreement on how many people will be affected is illustrative of that confusion, said Bond, who is also the MLA for Prince George-Valemount.

“There should have been a thorough socioeconomic analysis. We don’t think that’s been done, and what it has done is cause confusion, chaos and anxiety across the province.”

Bond acknowledged the decline in jobs has been long-term and has had multiple causes. “Certainly there have been lots of changes in the forest industry. One simply has to look for example at the use of technology.”

How mills and the sector operates has changed dramatically, but the jobs that remain need to be defended, Bond said. 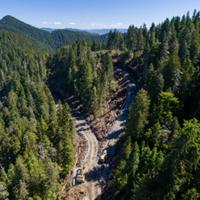 BC Unveils Plans to Defer Logging of Old-Growth Forests

“We are not going to look at job loss as inevitable,” she said. “We’re going to stand up and fight for jobs in the forest industry. It will be a different looking industry, but we want it to continue to be a critical part of the resource sector in British Columbia.”

Minister Conroy said it’s possible to keep people working in the forest industry while also protecting ancient forests and engaging with Indigenous people as full partners, despite the criticism from COFI and the Steelworkers.

“I respect their concerns,” she said. “I also respect the concerns of environmental groups and environmentalists who said we’re not doing enough. For me I’m in the middle. I’m going to make sure we do what we need to do with our vision in mind.”

Furstenau said that change in the industry is long overdue and if companies continue clear cutting and resist change, the job loss trend will continue and there will soon be very few people working in the sector.