British Columbia could become the first province to decriminalize personal possession of some illicit substances in a bid to curb deaths due to toxic drugs.

But only if the federal government accepts its application, announced Monday, for an exemption from Section 56 of the Controlled Drugs and Substances Act.

The exemption would prohibit charges or drug seizures if someone has 4.5 grams or less of heroin, fentanyl, crack and powder cocaine and methamphetamine for their own use.

Section 56 lets the federal health minister issue an exemption to the legislation if “the exemption is necessary for a medical or scientific purpose or is otherwise in the public interest.”

Decriminalization, the province’s submission says, would reduce stigma and drug-related harms for people using substances that drive them to use alone, as more than 80 per cent of people dying in B.C. do right now.

In 2019, Henry outlined a path for B.C. to decriminalize people who use substances that was dismissed by the NDP government at the time.

Decriminalization has been endorsed by doctors, researchers, elected officials and the Canadian Association of Chiefs of Police.

Instead of being arrested or having their drugs seized, law enforcement would provide people who use substances with access to health and social service resources.

The exemption request to the federal government comes in the sixth year of B.C.’s overdose death public health emergency, with more than 7,700 people having lost their lives since 2016. This year is on track to be the second consecutive most deadly year for overdose deaths in B.C.

The 4.5-gram limit is too low, they say, and safe supply is needed to address the root cause of deaths — poisoned drugs.

Many people carry multiple days’ worth of substances with them, especially people with limited supply, and many also use multiple substances which would tip them easily over the total limit.

“A cumulative threshold of 4.5 grams does not reflect the needs or substance-use patterns of people who use drugs — especially for folks living in rural and remote locations of the province, and polysubstance users,” said Amber Streukens of the Rural Empowered Drug Users Network in a statement from Pivot Legal Society.

Minister of Mental Health and Addictions Sheila Malcolmson said the submission is intended to be a starting point using the best data available to decriminalize the most people possible.

“We have to hear from all partners and continue to modify our approach as we gain some experience,” said Malcolmson.

Streukens, who consulted on the submission, said the province’s application missed the mark.

“If our drive towards decriminalization is truly propelled by public health with the intent to reduce harm, we need to be pushing forward policy that fits the actual needs of the people who use drugs. This is not that.” 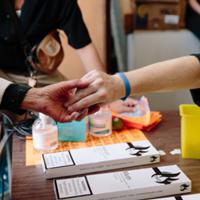 The province’s exemption submission also does not apply to youth, who make up a small but vulnerable portion of people overdosing and dying from toxic criminalized drugs.

“This is not what we families want for our kids. We need to protect youth from laws that cut short their progress to adulthood — not saddle them with a criminal record,” said Leslie McBain, co-founder of Moms Stop the Harm.

Malcolmson expressed optimism that Ottawa will accept the submission and said B.C. would explore provincial options if the request is not granted.

Advocates say that without major changes like increased access to safe supplies of drugs and realistic thresholds for possession, the B.C. government is tinkering around the margins while six people are dying every day.