A First Nation on B.C.’s north coast is suing the province over what it describes as unauthorized mining on its traditional territory.

The Gitxaała Nation, which has 1,800 members, 500 of whom live on-reserve on the nation’s traditional territory, filed a legal challenge Monday against the province’s mineral claim staking system.

The system does not align with reconciliation efforts or B.C.’s commitment to the Declaration on the Rights of Indigenous Peoples, the claim says.

“The free-entry mineral claim staking needs to change,” Chief Coun. Linda Innes said during the announcement today. The system allows anyone to pay a fee and stake mining claims in most of the province without notification to First Nations or property owners.

The nation called on the province to immediately suspend all mineral claims granted for the territory between 2018 and 2020.

“Under their own laws, they have the obligation to set aside all existing mineral claims that are a part of the court proceeding and to suspend staking in Gitxaała territory until they can fulfil commitments to both their own constitutional duties and the promises made by the commitment to reconciliation and the declaration of Indigenous peoples,” Innes said.

Calling the B.C. Supreme Court case the first of its kind in B.C. history, the nation said the province has granted dozens of claims on its territory without consent, consultation or even notification to the nation.

Advocates for mining reform say the practice is all too common in the province and ingrained in B.C.’s colonial history.

“For too long, anyone with a computer and $34 has been able to acquire rights to minerals on the traditional territory of Gitxaała Nation,” Innes said. “It is a complete disregard of our own laws and governance.”

She said that the nation has been living with the consequences of the Yellow Giant gold mine, a project the Gitxaała opposed from the start.

The mine illegally discharged roughly 240,000 litres of contaminated tailings into waterways on Banks Island in 2015. It was listed among the province’s “dirty dozen” top polluting mines in a report released by advocacy group BC Mining Law Reform earlier this year.

“The company quickly went bankrupt and left a mess within the Gitxaała Nation’s territory, a mess that remains to this day,” Innes said, adding that the nation has repeatedly called for an end to mining on Banks Island.

“Yet the B.C. government continues to allow companies and individuals to stake mining claims on Banks Island… with only the click of a mouse and a small fee.”

The nation said the province has granted 41 claims on Banks Island, amounting to 16 per cent of the island’s landbase, under B.C.’s Mineral Tenure Act without the nation’s consent. “It has been impossible to have any discussion about revoking claims,” Innes added.

Known to the nation as Lax k’naga dzol, Banks Island is sacred to the community, which harvests almost 100 different marine and terrestrial resources from the island. 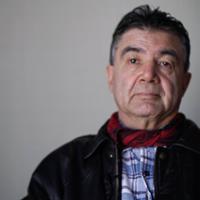 “It’s a very sacred area where we still rely on the resources,” said Matthew Hill, Hereditary Chief Nees Hiwaas, who added that Lach Klan (Kitkatla) is one of the oldest consistently occupied village sites on the northwest coast, far outdating European contact.

While other villages sprung up as a result of trade following colonization, Lach Klan has existed since time immemorial, he said.

“We’ve always treasured the sacred resources that were entrusted to us and we still rely on today,” he said, expressing concerns over health issues due to contamination on the territory. “This is a step towards our taking control and reclaiming what is rightfully ours and we will manage it in a manner that was given to us. We will treasure it because of the sacredness of all our resources and our territory.”

Nikki Skuce, who is director of Northern Confluence and a co-founder of the BC Mining Law Reform Network, said the Gitxaala’s case could be an important turning point in B.C. mining law reform — which she said is long overdue.

“British Columbia was essentially colonized through mining,” she said, adding that one of the province’s earliest laws was the Gold Fields Act of 1859, which granted free entry certificates and gave priority use of the land to anyone staking a claim. 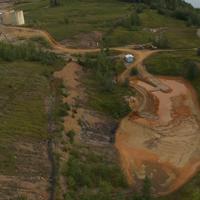 Mining in B.C. continues to operate under a similar principle, she added.

“Today, when you pay your $25 to register, you get a free miner’s certificate and you get access and priority use of the land,” she said. Less than 20 per cent of B.C.’s landbase is off limits to mineral staking, she added, including surrounding urban centre, federal parks and archaeological sites.

“Otherwise, the province is open to staking,” she said.

That has led to objections from other First Nations, she added, including the Tsilhqot’in Nation’s fight against the New Prosperity mine, the Tahltan Nation’s objections to jade mining on its territory and Nuxalk Nation’s eviction of Juggernaut Exploration.

Two years ago, a long-standing dispute between the province and the Tahltan over resource development on its territory led to an agreement protecting the Sacred Headwaters. The area is the source of the Skeena, Nass and Stikine rivers.

This summer, Gitanyow hereditary Chiefs vowed to protect their traditional territory from mining, without the province’s involvement.

Skuce said there were strides toward reforming the Mineral Tenure Act, but they were sidelined as the province moved to implement the Declaration on the Rights of Indigenous Peoples Act two years ago. She hopes the Gitxaala’s Supreme Court case will bring attention back to aligning the two acts.

“Most conflicts that we see around mining can be traced back to the Mineral Tenure Act,” she said. “I think that ensuring that the Mineral Tenure Act is consistent with the Declaration on the Rights of Indigenous Peoples and requires that early consent will provide more certainty for the industry, as well as where there might be no-go zones.”