Each day from April to November, the Gibraltar copper mine north of Williams Lake dumps up to 24 million litres of untreated wastewater into the Fraser River — the equivalent of about 10 Olympic-sized swimming pools from its tailing ponds.

This week, the Tŝilhqot’in National Government is challenging the permit that allows the wastewater dumping at a B.C. Environmental Appeal Board hearing.

The dumping has faced unsuccessful legal challenges from First Nations since the mine reopened in 2006.

This time, the Tŝilhqot’in National Government is challenging a three-year temporary permit amendment in 2019 that allowed the mine to increase its dumping by 50 per cent.

Vancouver-based Taseko Mines, the majority owner and operator of Gibraltar mine about 330 kilometres north of Vancouver, was granted the amendment to its effluent permit in March 2019.

The Tŝilhqot’in National Government immediately appealed the decision, but it’s taken two years to get a hearing at the board.

In the meantime, it says discharge flowing into the Fraser watershed has never been subject to sophisticated water treatment, with the mine instead relying on dilution to address its water management issues.

“The fact that the Province of B.C. is permitting Gibraltar Mines Ltd. to use the Fraser River as a dumping ground for its tailings effluent is absolutely appalling,” Nits’ilʔin (Chief) Troy Baptiste of the ʔEsdilagh First Nation said in a news release. “Anything that enters the Fraser River should be of equal or better water quality than the Fraser itself.”

Currently, the nation says, the effluent does not meet B.C.’s water quality guidelines at the point where it enters the Fraser River.

The nation is calling on Taseko to find a long-term solution to the mine’s ongoing water management issues.

Gibraltar mine was first established and permitted in the early 1970s without Indigenous consultation or environmental assessment, the Tŝilhqot’in Nation says. It is located four kilometres downstream from the ʔEsdilagh First Nation, one of six Tŝilhqot’in bands, and close to traditional fishing sites and other Indigenous communities.

After suffering through turbulent copper prices in the 1990s, Gibraltar was bought by Taseko in 1999 and reopened in 2004. According to the company’s website, it spent $700 million expanding the mine in the years that followed.

Gibraltar has grown to be the second largest open-pit copper mine in Canada, the company says.

But it has consistently faced challenges in addressing its wastewater.

The mine has been dumping untreated effluent from its tailing ponds into the river since 2006, according to the Tŝilhqot’in.

The Xat’sull First Nation, part of the Northern Shuswap Tribal Council, successfully appealed a permit that allowed effluent to flow into the Fraser River at the time. But a revised permit that reauthorized the discharge was issued by the Environment Ministry the following year.

In 2016, the mine received a one-year temporary permit allowing the company to increase its effluent discharge into the river by 50 per cent.

A year later the company applied for a permanent amendment to its permit, allowing the increased discharge. That was denied, but on March 18, 2019, a three-year permit amendment was approved by the province.

The Tŝilhqot’in Nation filed the appeal being heard this week a month later, just as the increase in effluent discharge began.

A November 2019 report posted on Taseko’s website describes water management as the mine’s “most critical aspect” and points to “periodic amendments” to its discharge permit as an exception to its existing regulatory authorizations.

If the mine is unable to discharge sufficient quantities of wastewater over its lifetime, “long-term production plans could be impacted” as tailing ponds reach capacity, it says.

“To reduce the excess water currently stored at site, Gibraltar has been working with authorities to allow for increased water discharge,” it says. “In addition, there are plans to build a water treatment facility in 2021, which would facilitate release of water… and support further increases to the water discharge rate.”

Brian Battison, Taseko’s vice-president of corporate affairs, said the water treatment facility is in the development stage and the permitting process alone will take at least another year.

He said the company is currently managing runoff that has accumulated since the mine installed a water collection system in the 1980s. It needs to begin reducing the amount of water in its tailing ponds, he said.

“This continued accumulation of water cannot continue to be stored indefinitely,” Battison said. But he said years of monitoring show the discharge appears to have “no negative impacts whatsoever” on the aquatic environment.

Battison disputes the nation’s claim that the effluent does not meet B.C.’s water quality guidelines, saying the discharge is higher quality than water in the Fraser River, adding the discharge contains low metal content but has elevated sulphates and nitrates. And it’s “a very small amount of water compared to the Fraser River itself,” he said — a hundredth of one per cent.

The company is currently seeking to make the discharge increase permanent, Battison added.

The 2019 report also claims there have been “no material environmental or non-compliance incidents since the Gibraltar mine reopened in 2004.”

But records posted to the province’s Natural Resources Compliance and Enforcement Database show the company has received non-compliance notices in recent years.

In 2018, the Ministry of Environment and Climate Change Strategy issued a warning letter that asked the company to either bring its wastewater runoff into compliance or request an amendment to its discharge permit.

“This discharge is not authorized, and therefore must be either collected and conveyed to the tailings impoundment or Gibraltar East Pit, or authorized through a permit amendment,” says the ministry’s environmental protection division, adding that it had raised the issue in previous inspection reports.

“Despite this, no request to authorize this discharge was included in the completed amendment application submitted on 4 January 2017.”

In September 2019, six months after the company received permission to increase wastewater discharge, the same environmental protection officer again determined that the mine was out of compliance with its permit and issued a second warning letter, noting that “failure to comply with the requirements set out in your permit is an offence under the Environmental Management Act.”

In January, the province issued a third non-compliance letter to the company, saying that environmental protection division staff had conducted an inspection last fall and found the mine was not complying with several requirements of its effluent discharge permit, including monitoring, reporting and unauthorized mine water overflow into the environment due to spring runoff.

The province’s letter said it couldn’t determine if other requirements were being met because the reporting was not provided.

With copper prices on the rise, it’s unlikely operations at the mine will slow anytime soon.

An update posted to the company’s website last month says the price of copper has more than doubled in the past year due to demand from China and supply disruptions in other regions.

Continued supply deficits and demand for copper due to “green initiatives” are expected to keep prices high, according to the report.

It says a revised mine plan for the project reduced total site operating costs by $28.2 million last year. Production is expected to increase slightly this year, it says.

Taseko’s website calls Gibraltar “the cornerstone of Taseko’s growth strategy” and notes its location as being “a mining-friendly and low-risk jurisdiction.”

But as the company prepares to increase production, the Tŝilhqot’in Nation says Indigenous laws and environmental protection have not been addressed by the province.

It is calling on B.C.’s Environmental Appeal Board to revoke or amend the 2019 permit changes. 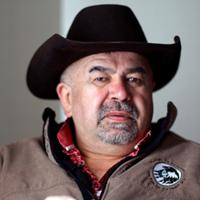 “The continued environmental pressure being put on the Fraser River and our salmon is unacceptable and in direct opposition to our Indigenous laws,” said Nits’ilʔin (Chief) Francis Laceese of the Tl’esqox, another Tŝilhqot’in band located downstream of the mine.

“B.C. must change its mining practices if there is going to be any hope for the survival of ourselves, our relatives in the water and all that have relied on it for millennia,” he says.

The Tsilhqot’in won a landmark Supreme Court of Canada decision establishing title to a portion of its territory in 2014. While the Gibraltar mine is not within that that portion, it says traditional fishing sites and communities are affected by discharge dumped into the Fraser River.

The hearing, which begins today, is scheduled for six days and can be livestreamed on the B.C. Environmental Appeal Board’s website.