Communities with just 70 per cent of eligible people vaccinated are seeing more than three times as many cases of COVID-19 as those with at least 90 per cent coverage, according to a new independent modelling report.

Additionally, the growth in COVID-19 cases in children across the province remains “highly volatile,” it warns.

Despite B.C.’s vaccine coverage rate leading all provinces west of Quebec at 88.3 per cent with at least one dose, the province still has pockets of communities in the North and Interior with less than 75 per cent of people vaccinated.

The vaccination rate is ticking up slowly by less than one per cent each week for either dose. Men under 70 are being vaccinated more slowly than women their age, taking as many as four weeks longer to reach the same vaccination rate as women.

Meanwhile, the Delta variant continues to rip through the unvaccinated population in particular, who account for at least 70 per cent of cases and about 90 per cent of people in hospital.

“Vaccine uptake continues, but at a low rate,” said today’s report from the BC COVID-19 Modelling Group, which includes epidemiologists, modellers and data scientists. “Areas with high vaccination levels have lower case numbers.”

Measures such as masking, the BC Vaccine Card and limits on social gatherings have halted the increase in cases through the month of September, the report confirmed.

Hospitalizations and the number of people receiving intensive care have begun to stabilize, but ICU numbers continue to exceed past projections.

“Measures taken in August in B.C. have lowered the growth of cases, and we’re now seeing the benefits of those measures on hospital demand,” said the report, but “ICU demand remains high, near the peak for the entire pandemic.”

And children, who make up nearly half of unvaccinated people in B.C., are still a high-risk group.

Case rates among kids under 12, who aren’t eligible for the vaccine, have risen steeply in the Fraser, Island and Interior health regions. Vancouver Coastal and Northern Health haven’t seen the same sustained rise due to high vaccine coverage and increased restrictions in the latter.

“Case growth in children is highly volatile and needs close monitoring,” said the report, noting more granular data on age by year would help to track the increases. 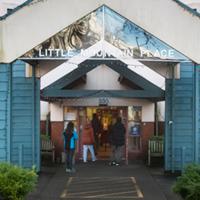 While children are more likely to be asymptomatic, and less than one per cent end up in hospital with COVID-19, their sheer number makes them a risky group.

“If all got COVID, half did not have symptoms, and one per cent of the other half were hospitalized, that would result in 3,000 hospitalizations,” said the report. There have been about 10,000 total hospitalizations due to COVID-19 to date.

Pfizer has submitted clinical trial data to Health Canada, and approval for use of a smaller dose in children five to 11 could come in a matter of weeks.

But in the meantime, parents, teachers and school staff have increasingly called for the province to do more to protect kids in schools, including mandating vaccines for all teachers, staff and visitors, and providing regular rapid tests to root out asymptomatic cases.

Contact rates for kids will have a disproportionate impact on transmission until they can get vaccinated, said the report. “Thus, restricting potential transmission among this age group can help the most.”