The B.C. government is going to guarantee workers paid sick leave but has yet to decide on key details and wants to hear from the public how many days of leave should be provided.

“One thing is for sure,” Labour Minister Harry Bains told The Tyee, “there will be, for the first time in the history of British Columbia, paid sick days available to British Columbian workers starting Jan. 1, 2022.”

On Wednesday, the government launched a second round of public consultation on paid sick leave to ask whether it should cover three, five or 10 days. The paid days would be in addition to the three unpaid days for sickness or injury that are already included in the Employment Standards Act.

The survey, open until Oct. 25, makes it clear that the higher number of days meets the needs of more workers, but is seen by many employers as likely to have a “major impact on their operations.”

The survey says the sick leave would be “employer-paid days.” But Bains said the government hasn’t decided if it will help employers pay the wages of workers who are away from work because they are sick or injured.

Nor has the government decided whether the measure will extend to everyone, including part-time workers.

When the system is in place, it needs to be seamless so that workers don’t have to wait to be paid, he said. The government is also considering whether there should be different requirements depending on the size of the employer.

In May, the B.C. government created a temporary paid sick leave that covered up to three days, in response to the COVID-19 pandemic and the risk of people going to work sick and spreading the disease because they couldn’t afford to miss a day’s pay. It also aimed to fill gaps in a temporary federal program that critics, including the province, found inadequate. 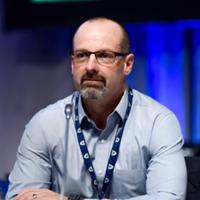 Under the measure, which expires Dec. 31, the government has been reimbursing employers up to $200 per day to help cover the wages for people off work because they were sick.

In the first round of public consultation, which closed last week after receiving 26,000 responses, the government heard that “over half of workers in British Columbia have no sick leave provisions” and “both workers and employers showed concern about workers going to work sick,” Bains said.

Many of the workers who lack paid sick days are in positions that pay lower wages, he said, adding that many are women, racialized people and immigrants.

Bains said he knows firsthand the choices workers have to make thanks to his time in the forest industry. “I remember going to work sick because I couldn’t afford to take a day off when I was sick.”

Laird Cronk, president of the BC Federation of Labour, said his organization was pleased to see 10 days as an option. “We’ll be promoting that.”

The BCFED has advocated for paid sick leave since early in the pandemic. It has suggested a model where every worker starts with three paid sick days, with the number increasing up to 10 days based on time in the job.

Cronk said outside of North America, many countries allow more paid sick time. “When you look, 10 is a modest number, and employer-paid is the model being used.” 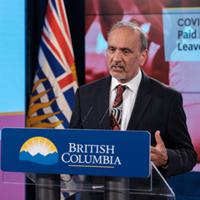 Research the BCFED has compiled found wide benefits of paid sick leave, including that people get well quicker at home, they avoid infecting their colleagues, and they stay out of the hospital.

Cronk said 90 per cent of low-wage earners, many of whom are women and racialized workers in the service sector, lack access to paid sick leave. “There is an inequity of who has coverage in British Columbia, of who has sick pay,” he said, adding the government can fix that.

Whatever system is adopted needs to cover all workers and the government should reconsider requiring people to work for 90 days before they qualify for sick days, he said, noting that COVID-19 and other infectious diseases have no waiting period.

Ultimately the true test for the system will be whether a worker who thinks they might be sick is able to decide to stay home, he said. “That’s the moment we need to get into the hearts and minds of the worker.”