A new report from British Columbia’s ombudsperson tells the story of a cabinet maker who lost the tips of four fingers in a workplace accident, and then saw the B.C. government agency that’s supposed to help instead make things worse.

The Workers' Compensation Board, or WorkSafeBC, the provincial body mandated to support the rehabilitation of people injured on the job, paid wage-loss benefits to the worker but stopped them too soon, forcing him to return to work before he was ready.

The worker, referred to in the report "Severed Trust: Enabling WorkSafeBC to Do the Right Thing When Its Mistakes Hurt Injured Workers" by only a last name, was soon injured again.

“While cutting an item on the table saw, Mr. Snider’s poor grip with his left hand caused him to lose control of the item being cut,” it said. “Mr. Snider’s left hand then slipped forward into the industrial sawblade.

“First to contact the blade were two of his already partially amputated fingers.... As these fingers were being severed, the blade pulled the remainder of Mr. Snider’s hand into its path, causing catastrophic tissue and bone damage, with significant loss of blood.”

The blade took off all or large parts of Snider’s thumb, index, middle and ring fingers. “Mr. Snider then underwent 26 hours of surgery and spent 10 days in hospital in an intensive care unit,” it said.

In his report, Ombudsperson Jay Chalke stresses that the second accident was avoidable and the direct result of WorkSafeBC’s handling of the claim.

Complaints about WorkSafeBC forcing workers back on the job too soon are common, as The Tyee has reported in telling the stories of Kevin Bentson, James Mansell and others.

The government is well aware of the issues, and since April 2019 Labour Minister Harry Bains has been sitting on a report it commissioned that made 102 recommendations aimed at changing the culture of WorkSafeBC and returning the agency to a focus on helping injured workers and treating them with respect and dignity.

In Snider’s case, he’d been worried he would be injured again if he returned to work, said so to WorkSafeBC, and had medical opinion on his side. He had some 25 years’ experience in the occupation and knew the trouble he was having holding objects was dangerous.

Still, WorkSafeBC stopped his benefits and insisted he could return to the same type of work.

“Following our investigations and consultations with WorkSafeBC, it was clear to us that Mr. Snider’s workplace injury claim was mishandled and that he suffered egregious harms as a result,” the report concluded. 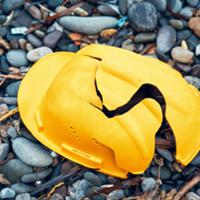 “Unreasonable decisions made on Mr. Snider’s claim resulted in grievous physical harm and forced him to further navigate a complex system of appeals that had already failed to protect him. In addition to the physical damage and pain he suffered, the psychological toll of his experience with WorkSafeBC was immense.”

WorkSafeBC made decisions that “were either unsupported by evidence or in direct contradiction with that evidence,” it found.

After the second accident, the Workers' Compensation Appeal Tribunal found WorkSafeBC was wrong to have ended Snider’s benefits after the first accident. “WorkSafeBC awarded Mr. Snider benefits for the second accident on the same basis as any other injured worker, but did not compensate him for its own role in this tragedy,” the report found.

Chalke recommended that the government apologize and make changes to prevent similar situations in the future. The agency did apologize and highlighted some recent changes, but it refused to pay Snider anything beyond the usual benefits, saying it didn’t have the legal ability to do so.

As an alternative, Chalke recommended the minister of labour introduce legislation that would allow WorkSafeBC to make voluntary payments when their own error causes a grievous injury to someone. In the meantime, Chalke recommended that WorkSafeBC make an ex gratia payment to Snider — a payment that recognizes harm but not liability — “in recognition of the harms he has suffered.”

The government, however, refused both to change the law and to compensate Snider. Both would be contrary to the no-fault approach of the Workers Compensation Act, it said, where workers get treatment for their injuries and financial compensation to make up for part of their lost wages when they are injured on the job, but give up the right to sue their employer.

“An ex-gratia payment in this circumstance would be contrary to the foundational principles of workers’ compensation,” wrote Labour Ministry deputy minister Trevor Hughes in a letter appended to Chalke’s report. 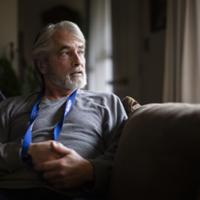 “While it appears the worker’s case is a very sympathetic one, providing an ex-gratia payment based on how sympathetic a case is or whether a complaint has been made to the ombudsperson would be arbitrary and unfair.”

In his report, Chalke said he disagrees with the government’s position. “The no-fault principle ensures injured workers are compensated without having to show their employer caused the injury,” he said. “It has nothing to do with preventing WorkSafeBC from fixing its own errors that cause further harm, if that it is the right thing to do.”

A worker has lost part of his hand in a “horrific, painful and disabling accident that will impair his quality of life forever” because of a mistake by a public body, Chalke said. The loss is born by the worker, not the public body that made the mistake, nor the government that created the body and refuses to give it the authority to do the right thing.

B.C. Premier John Horgan told The Tyee today he had read an executive summary of the report but hadn’t realized it had been made public.

“I do know it was a very tragic outcome for Mr. Snider and we’re looking at it from a cabinet perspective which is unusual in these instances,” Horgan said, noting the incidents happened before the NDP formed government. “We’ll have more to say on that once all of cabinet has had a chance to review the issue.”

He said reforming WorkSafeBC has been a priority for the government, but it has to find a way forward that meets the needs of everybody. “We want to make sure that we do not disrupt what has historically been a delicate balance, but making absolutely sure that at the centre of all of this are working people.”