Vaccine stockpiling could lead to more infections and new variants

Stockpiling vaccines for booster shots by rich countries like Canada will undermine global health by increasing infections, hospitalizations and deaths from COVID-19 in countries with less access to vaccines — and could lead to the emergence of new, more dangerous variants of the virus.

Researchers used mathematical models to investigate the spread of COVID-19 under different vaccine-sharing regimes. They found that increased sharing between high-access and low-access regions reduced the number of cases overall. They also found that without vaccine sharing, the potential for new variants of the virus to evolve was much higher.

Why kids are more resistant to COVID-19

Differences in gene expression and immune cells in the noses of children may help explain why they are less susceptible to COVID-19 than adults. Researchers found that children under the age of 16 had higher levels of receptors that could detect the virus, and more infection-fighting immune cells in their nose, resulting in a stronger early immune response to SARS-CoV-2.

No spread from football games with limited attendance

NFL and NCAA football games held with limited in-person attendance in the 2020-21 season did not cause an explosion in COVID-19 cases in the surrounding communities. Places that held in-person games saw fewer than five extra cases per 100,000 people compared with places that held games with no fans. Researchers suspect that limited attendance, strict mask use and open air helped to prevent the spread of the virus.

Despite the surge in infections caused by the Delta variant of SARS-CoV-2, it turns out that Delta is not particularly good at evading the antibodies produced by vaccination. Researchers looked at a panel of 13 different antibodies generated by the Pfizer-BioNTech vaccine and found that 12 of them could still recognize the Delta variant, and the five that could neutralize the original strain could also neutralize Delta. The antibodies were less effective at recognizing and neutralizing the other, less common variants of concern, including Alpha, Beta and Gamma.

Virus transmission via airborne aerosol particles is much more efficient than transmission by fomites — droplets on contaminated surfaces — and causes more severe disease according to a study on hamsters. Researchers found that the animals exposed to aerosols were much more likely to get infected than the fomite group, and lung damage was more severe in aerosol-exposed animals compared to the fomite group. The results suggest that interventions to reduce indoor airborne transmission of the virus, such as masking, air filtration and social distancing, are more important than surface cleaning. 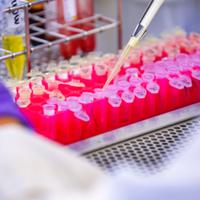 On Booster Shots the Science, and Ethics, Are Split

Facebook ads that featured doctors and nurses urging people to stay home during the holidays in 2020 contributed to a decrease in COVID-19 cases in the two-week period after Thanksgiving and Christmas in the United States. In places where lots of people saw the ads, they reduced the distance they travelled in the three days leading up to the holiday, and COVID-19 cases dropped by 3.5 per cent.

Convalescent plasma — purified blood from people who have already been infected with SARS-CoV-2 — is not effective at preventing the progression of COVID-19, according to a new study. Blood from people who have recovered from their illness should contain antibodies to the virus, and is often the first, best option for treatment early in a pandemic. But a large, randomized trial found that it was not a viable strategy to reduce the severity of illness for COVID-19.