Should we be giving a COVID booster shot?

With the more contagious variants of COVID-19 on the rise, scientists are considering whether a third vaccine dose might be a good idea for some people at higher risk of complications.

Researchers in the U.K. looked at people who had received two doses of a vaccine after previously being infected with COVID-19 — the equivalent of getting three doses — and found that they had a stronger antibody response to the variants than those who had only received two vaccine doses. Two other studies, of immunocompromised people on kidney dialysis and of organ transplant recipients, found that while two doses of vaccine provided only weak protection against the virus, a third dose could boost their antibody response.

The idea of offering third doses of the world’s limited supply of vaccines to people in rich countries like Canada while most people in poorer countries are still waiting for their first dose is controversial — most scientists agree that the best way to control the pandemic is to get everyone vaccinated as quickly as possible. And two new studies show that a third dose may not be necessary for most people. While most vaccine studies have focused on antibodies, these two looked at another, complementary, part of the immune system, the T cells. They found that two doses of the vaccines produced a strong T cell response, including against the variants of concern. And importantly, while that response was stronger after a second dose, a third had no effect on T cells.

Toddlers are more likely to transmit the virus than teens

Younger kids are more likely than teenagers to pass on COVID-19 to caregivers and siblings, according to a large study in Canada. Researchers found that children under the age of three were 1.43 times more likely to pass on the virus to a family member than those aged 14 to 17. Children aged 4 to 8, and 9 to 13, were also more likely to transmit the virus, but not as much as the youngest group. 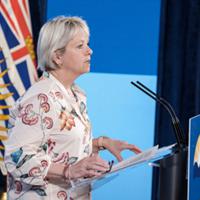 Researchers have developed a tool that allows them to quickly identify common mutations on the SARS-CoV-2 virus that allow it to escape antibodies and infect cells. By growing huge amounts of yeast that have been engineered to display the viral spike protein, the researchers are able to spot which mutations arise most frequently, and which of those are able to evade existing antibody drugs and vaccines. This knowledge will help scientists design new drugs and vaccines in advance, which can be quickly deployed as new variants of the virus emerge.

One of the ways the SARS-CoV-2 virus tries to hide from our immune system is by cloaking certain parts of its spike protein with a coat of sugar molecules. Now researchers from the University of British Columbia have found a way to turn that defence mechanism into a way to attack the virus. They tested a series of sugar-binding proteins called lectins and found two that bind strongly to those sugar camouflage sites and block the virus from entering cells. Even better, the sites they bind are so important to the virus they almost never mutate, so drugs based on these proteins could be used against all variants of the virus.

Rates of COVID-19 hospitalizations, intensive care admissions and deaths in the United States peaked in December 2020, before the vaccines became widely available, according to a large study by the U.S. Centers for Disease Control and Prevention. The study also found that, between March and December, patient outcomes improved as the use of drugs like remdesivir and corticosteroids increased, while use of ventilators and other intensive interventions decreased, suggesting doctors were learning better ways to deal with the disease as the pandemic went on.

Taming domestic transmission of COVID-19 should be prioritized over international travel bans aimed at limiting the introduction of the virus from abroad. A study based on the situation in China found that imported cases of COVID-19 have a small effect on a country’s confirmed cases — and that’s only if domestic transmission mitigation mechanisms have kept the virus in check. If domestic cases are out of control, new imported cases have essentially no effect on the country’s infection rate. Measures like social distancing, mask wearing, testing and timely quarantines are more effective than blanket travel restrictions, researchers found.

Proceedings of the National Academy of Sciences, Aug. 3, 2021