As COVID-19 restrictions are eased and summer travel picks up, BC Ferries passengers with a vehicle may find it more difficult than ever to get on the sailing — unless they pay $17 for a reservation.

When BC Ferries introduced reservation fees on the main routes between Vancouver Island and the Lower Mainland in 1997, the publicly owned corporation said only 40 per cent of the ferry capacity would be reserved for people willing to pay more.

BC Ferries spokesperson Deborah Marshall said the amount of deck space now available for reservation varies from 45 per cent to as high as 75 per cent, depending on the vessel and the sailing.

Laura Pope, a Denman Island resident who recently retired from working for BC Ferries, says her contacts still with the company tell her that 90 per cent of deck space can now be set aside for reservations on the major routes.

That means people travelling by ferry are forced to pay the reservation fee or risk facing hours-long waits at ferry terminals.

On top of the normal fares, which have been frozen since 2018, BC Ferries charges $17 to people who make a reservation for a specific sailing. That’s on top of the basic charge of about $75 for a car and driver travelling between Vancouver Island and the mainland.

With more deck space taken up by people with reservations, those who haven’t bought a reservation will likely have to wait longer.

Pope said because many people feel compelled to pay the $17 fee, it’s effectively a major increase in the cost of travelling on BC Ferries’ main routes.

The independent BC Ferry Commission regulates BC Ferries’ fares and service levels.

“We are aware that BC Ferries is increasing the reservable space on their vehicle decks,” said ferry commissioner Eva Hage in a late June interview. “Will it get to 90 per cent? Nobody has told us about that.”

It’s up to BC Ferries to manage demand and the company is welcome to charge fees for reservations as long as the average fare for the route group remains below the price cap the commission has set, she said.

Hage also pointed out that the new Saver fares, which offer a significant discount to people travelling outside peak hours, include a reservation and would contribute to the total amount of deck space that counts as reserved.

It can be difficult for passengers on the main routes to know whether or not it’s worth paying a reservation fee, said Hage, who lives on Saturna Island. “It is a bit of a gamble.”

Marshall at BC Ferries said the amount of reservable deck space also includes what’s set aside for commercial vehicles and buses.

“The demand for bookings on BC Ferries has continued to increase,” she said. “We have conducted customer surveys in the past, and many customers want the convenience and certainty of reservations.” 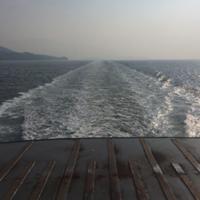 My Wife Is Disabled. BC Ferries Left Us Out to Sea

The company recommends making reservations on the major routes, but they are optional and there are both reserved and non-reserved spaces on each sailing, she said.

Pope said BC Ferries needs to be more transparent about the details of the reservation system and how decisions are made.

“It’s kind of like airlines overselling seats,” she said. “We the travelling public have next to no information on how BC Ferries manages these things.”

The company received $308 million in Safe Restart program funding from the provincial and federal governments.

Since the B.C. government began lifting travel restrictions in June, traffic on BC Ferries has significantly rebounded.