A caravan of mourners carrying the ashes of Jared Lowndes, the Wet’suwet’en man shot to death in Campbell River by police on July 8, made a stop yesterday at the city’s RCMP detachment. As a crowd of more than 100 people drummed and protested outside, Lowndes’s mother Laura Holland and a few others entered the building.

“You should be ashamed of yourself!” Holland yelled at the officers present. “Imagine what those three gunshots sounded like!”

Outside stood a memorial created by officers for a police dog named Gator, dead after Lowndes stabbed it during the altercation with police. The RCMP union on July 12 claimed Lowndes was being sought on a weapons warrant.

Lowndes also injured an officer before police opened fire. When news broke of the incident, the RCMP and media focused more attention on the loss of life for the dog than for Lowndes, a stance family members have said made them a target for racist comments and made grieving more difficult.

Now, a week and a half later, Lowndes’s family and supporters have rolled through the Campbell River area, protesting the methods police used in trying to take Lowndes into custody. And, for a brief time, the ashes of Lowndes were carried inside the workplace of the RCMP officers who shot him to death.

After shouting at the officers, Holland moved outside and stood at Gator’s memorial, saying, “We are not here to deface. Jared wouldn’t want that.”

Instead, Holland left behind flowers and cedar at Gator’s memorial set up by the pole where the Canadian flag flew at half-mast in honour of the slain animal.

“My son was an animal lover,” she told the crowd. “There is no way he would want to kill a dog. It was either the dog’s life or the life of him and his own dog.”

“My son was a vegetarian. He was six-foot-six and a vegetarian!” Holland continued, emphasizing that Lowndes had possessed a great passion for animals and living creatures.

The somber procession, which included Lowndes’s family from Smithers and people from Quadra Island, Cortes Island and Vancouver, had begun at a funeral home to collect Lowndes’s cremated remains. From there, after stopping at the RCMP quarters, it headed to the local Tim Hortons where Lowndes had been killed.

Along the way the mood heightened. Subdued drumming and chanting at the funeral home gave way to anger, sadness and frustration. The procession became more of a rally upon arrival at the RCMP detachment, with members beating drums loudly and shouting “Justice for Jared!”

Holland and other family members said Lowndes’s death fits a pattern of police brutality against Indigenous peoples. And they criticized what they consider the misuse and abuse of police service dogs. Fay Blaney, Lowndes’s aunt, questioned the ethics of sending an animal potentially into harm’s way.

Last month at Winagami Lake Provincial Park in Alberta, an Indigenous man, Lionel Ernest Gray, and a police service dog named Jago died in a police altercation. In that case media attention focused more strongly on Jago’s death than Gray’s, as the RCMP paid tribute to the dog.

Also last month, a police service dog was injured in Cold Lake, Alberta, while the sought suspect who attacked the dog was killed.

Lowndes’s family says police service dogs can escalate situations, are unfairly put at risk and should be retired.

Holland held a sign at the memorial advocating for disarming police and required them to wear body cameras at all times.

Other signs read: “Warrants should not be a death sentence by dog attack and gunfire,” “De-escalate. Disarm. Don’t Murder” and “Dogs are not a weapon to justify killing P.O.C.”

While saluting its dog in the media, the RCMP union blamed Lowndes for his own death.

If he had not “evaded police, stabbed PSD Gator and injured an RCMP officer, and instead turned himself in to the Courts to comply with a Warrant for weapons offenses, he could be alive today,” reads a statement from the National Police Federation.

Lowndes’s family members criticized the union for releasing information on the nature of Lowndes’s warrants while the shooting was under investigation, and for not acknowledging any accountability for their actions.

They have described Lowndes as a “well-loved” father of two, haunted by abuse he suffered as a youth in foster care. In an essay written shortly before he was killed after being boxed in by police cars in the parking lot of the Willow Point Tim Hortons, Lowndes wrote of his struggles to overcome deep-seated feelings of helplessness and fear caused by his trauma. 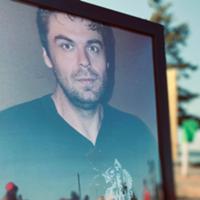 ‘An Arrest Warrant Should Not Be a Death Sentence’

At the memorial, Darren Blaney, Chief of the Homalco Nation to which Lowndes had ties, told The Tyee the “Justice for Jared” rally would have been “unnecessary” if the RCMP had done their jobs properly. “The trauma continues,” he said. “The RCMP has done nothing to change.” 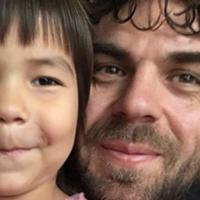 A Family Mourns Their Own Killed by Police. And Watch Police Mourn a Dog

When the caravan reached the Tim Hortons, mourners arrived to find that a poster that was part of a memorial for Lowndes had been ripped and defaced. The family said it was another example of the racism and disrespect they had endured since Lowndes’s death had become news. At one point, they said, Lowndes’s shrine at the Tim Hortons had been completely dismantled and replaced by one for Gator. Family and friends had been forced to repair Lowndes’s memorial again and again over the past weeks, they said.

Yesterday, someone stepped out of the group to tape a new poster in place of the ripped one.

His public tribute, after travelling up the Island Highway, ended at the doughnut shop where his life was cut short. Family drummed, sang traditional songs, and prepared to say goodbye to their loved one. They placed his favourite Tim Hortons treats at the memorial site, tucked in among flowers, photos and letters.

“Every breath I take, I take for my boy,” Holland said.