A union leader in northern British Columbia says it’s unfair that the provincial government has failed to create the same opportunities for workers in the north as it has for those in the south.

Since 2018 the B.C. government has built “key public-sector infrastructure” projects using a Community Benefits Agreement framework that it says provides well-paid jobs, improved training and apprenticeships and greater opportunities in the trades for people who are Indigenous, women or youths.

The government is using the CBA framework in the Lower Mainland, in southeastern B.C. and on Vancouver Island for major projects.

“None of them are in the north,” said Mike Jensen, the president of Local 1735 of the Construction Maintenance and Allied Workers Canada.

“Every big government project across southern B.C. has gone CBA,” he said. “Northwest workers should get the same deal as everywhere else in B.C.”

Projects planned or under construction using the CBA framework include the Broadway subway line, the Cowichan District Hospital replacement project, the Pattullo Bridge replacement and the four-laning of sections of the Trans-Canada Highway between Kamloops and Alberta.

BC Liberal opposition members have criticized the model, saying that it makes public projects more expensive. Business groups like the Progressive Contractors Association of Canada oppose the requirement that workers on CBA projects join specified unions.

The government says the focus on apprenticeships, training, under-represented groups, local hiring and good wages mean that communities will see long-lasting benefits from public projects. Workers on CBA projects get 10 hours of cultural competency training aimed at shifting the workplace culture in the construction industry.

Jensen said his union very much favours CBAs and would like to see them used more widely so more workers and their communities can benefit.

“The government’s reasons for having CBAs are not exclusive to southern B.C.”

The $623-million Mills Memorial Hospital redevelopment in Terrace would have been ideal for a CBA, he said.

Nor is the contractor building the hospital in Terrace required to give priority to hiring people who are local, Indigenous, women or youths.

“The CBAs are the best model not only for training but for cost savings on the project as well,” he said, noting that it adds significant costs when workers have to travel long distances to the job site and have housing provided.

Jensen said he’s yet to hear an explanation from the government for building the hospital in Terrace without a CBA. “They’ve been really silent on it.”

He observed that the government has chosen not to use the model for the Stuart Lake Hospital replacement project near Fort St. James either.

The government’s 2018 announcement of the CBA framework said it would be used for “select” major public infrastructure projects, but didn’t say what criteria would be used to choose projects.

A Finance Ministry spokesperson said the cabinet makes those decisions on a case-by-case basis. “Project timing, location, size, scope, labour requirements and contractor capacity are all factors taken into consideration,” they said. 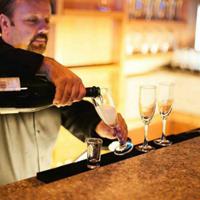 “The Community Benefits Agreement does not apply to Mills Memorial Hospital due to the timing of the approval of the project,” they said. “The business plan was approved in May 2019, prior to the CBA.”

The government has various ways to achieve its goal of making sure infrastructure investments create good local jobs and training opportunities and the project will include job opportunities for Indigenous people and other under-represented groups, they said. “The contractor is expecting to hire local workers wherever possible and there is a financial incentive for the contractor to use local labour.”

Jensen said the government’s timeline excuse makes little sense. The CBA approach was announced in July 2018, nearly a year before the Mills Memorial Hospital’s business plan was approved. It’s been used for other projects that were being planned at the same time or even earlier, Jensen said.

“The government has made a great case for using CBAs on government projects and we support the plan,” he said. “But we firmly believe that it should be applied equally across the province.”