At 57, Darcy Dawson figured his job as a server in the restaurant at the Holiday Inn and Suites in downtown Vancouver would be his last before retirement. Then the COVID-19 pandemic arrived and Dawson became one of the 400,000 people in the province thrown out of work.

“It’s a little scary these days,” he said. “Sometimes I’m OK, then some days I can’t sleep. Some days I have a lot of anxiety.”

His partner worked in a casino and was laid off from his job in March as well. Thanks to employment insurance and the emergency benefits they’ve been OK, despite getting by on much less money than normal.

But Dawson says his concern is about the future.

His access to extended medical benefits will end in June. And if the layoff continues for another few months he may lose the right to return to his job when the business reopens.

Dawson is a member of Unite Here Local 40 — a union representing workers in B.C. hotels, food services and airports. The collective agreement with the hotel guarantees Dawson and his former co-workers the right to return to their jobs when it begins adding staff again — but only if that return happens within six months of the layoffs.

Some of his co-workers have worked at the hotel for 30 years and everyone should be treated fairly, he said.

“It’s not our fault the virus came out, so we should be able to come back to our jobs as we left it.” The workers have a car parade protest planned for noon Wednesday and Dawson said he hopes it draws the attention of the provincial government. It has the power to extend the recall period and give workers that added security, he said.

Even with the immense uncertainty, Dawson is better protected than many workers.

British Columbia’s labour laws don’t include any provisions that require an employer who is reopening to bring back workers who have been laid off.

“It really leaves it up to the employer to decide whether to bring someone back,” said Michelle Travis, the research director for Unite Here Local 40. “That leaves non-union workers vulnerable to losing everything they worked for before the pandemic. That's why it is so important to figure out what recourse workers can have to go back to their jobs.”

When the pandemic began, the hotel and hospitality sector was among the first and hardest hit and it will be one of the last to recover, Travis said.

“We’re looking at a long period of downturn and recovery,” Travis said, pointing out that conferences remain cancelled for the foreseeable future and people in the industry are saying the sector could take a couple years to recover. “Our concern is it could be used as an opportunity to replace workers. That’s the worst-case scenario.”

Recent polling commissioned by the union found 92-per-cent public support for both policies. The online survey of 400 B.C. residents conducted in early May has a margin of error of plus or minus 4.9 per cent.

“We were frankly surprised by the poll results,” Travis said. “It was a lot higher than we would have expected.”

B.C. Premier John Horgan said he supports the principle. “I believe that businesses should be looking at their previous employees as they start to contemplate when it’s appropriate for them to restart,” he said.

“I’m counting on businesses that were successful with their workforce to look to that workforce to return as quickly as possible provided it’s safe to do so,” he said.

Travis from Unite Here said that while the premier’s support is welcome, something stronger is needed. “They are going to have to compel employers to do the right thing.”

The CEO of the British Columbia Hotel Association, Ingrid Jarrett, said the right to be recalled is usually a matter for contract negotiations and she was unaware of any proposal to extend it to non-unionized employees.

It’s in everyone’s interest to get back to business as usual as soon as possible and hotel owners will want to do what they can to retain staff, she said in a phone interview from the Okanagan.

“Nobody wanted to lay anybody off,” Jarrett said. “The hotel community, the last thing they want to do is sever their employer-employee relationship.... They have no intention of severing that relationship as long as they can.”

The labour market was tight before the pandemic and before long it may again become difficult for businesses to find employees, she said. “There would be no reason somebody wouldn’t rehire somebody who was trained and a long-time employee.”

Jarrett said the sector is facing a bigger challenge. Many laid-off employees will soon be deemed “terminated” under B.C.’s labour laws, she said.

Under the Employment Standards Act an employee who isn’t being recalled from a layoff is entitled to severance pay or working notice. The longer a person has been working for the employer the more notice or pay they are entitled to, with a maximum of eight weeks for people who have worked eight years or more.

In early May the B.C. cabinet extended the amount of time an employee can be laid off before they are considered terminated and eligible for severance pay. 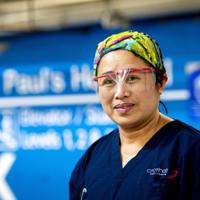 How to Create a BC Economy that Works for Everyone

Under the new rule, an employer can lay off a worker for reasons related to COVID-19 for up to 16 weeks (up from the previous 13) in a 20-consecutive-week period without triggering termination and severance pay requirements.

For many businesses that laid workers off in March, the 16-week point will be at the end of June.

If the law isn’t changed, Jarrett said, “the majority of the hotels will go insolvent overnight.”

The government needs to understand the hardship the sector is facing, she said. The longer the state of emergency continues with the lack of clarity on what travel is allowed, the harder it will be for hotels to rebuild, she said.

“Honestly none of us have any idea what business will look like this summer and they’re all just trying to survive.”