The fight for the right to use and possess magic mushrooms for medical purposes could be headed to Federal Court in a case that echoes the early efforts to legalize the medicinal use of cannabis.

The legal challenge is being marshalled by TheraPsil, the B.C.-based non-profit that last August helped a cancer patient secure the first exemption under Canada’s drug laws to use magic mushrooms for psychotherapy.

Since then, Federal Health Minister Patty Hajdu has used the power she has under Section 56 of the Controlled Drugs and Substances Act to grant three dozen more patients and some 19 health-care professionals limited exemptions from the law. Magic mushrooms remain illegal in Canada since they were banned in 1974.

However, the process for applying and proving a medical need to use psilocybin is opaque. So too are the criteria and expertise Health Canada is using to decide who gets an exemption and who doesn’t. Dozens of applications appear to be in limbo, with some “under consideration since early February 2021,” according to a letter delivered in June to Hajdu from Paul Lewin, whose Toronto firm has been hired by TheraPsil.

In the letter, Lewin warns Hajdu that he’s been directed to bring an application challenging the constitutionality of the Controlled Drugs and Substances Act’s provisions on magic mushrooms.

Hawkswell says TheraPsil is providing whatever resources it can to help patients make their case in court, knowing the optics for the federal government will be bad if it’s fighting terminal patients who are seeking help.

“They’ve got an option,” Hawkswell says. “Create regulations or take dying patients to court. You know, which one of those futures should we be living in?”

One of those patients could be Nathan K. He was diagnosed with follicular non-Hodgkin’s lymphoma in 2005, at the age of 25. Though he’s beaten the one-per-cent odds of surviving 10 years with the disease and the cancer is in remission, he’s also lived through several car crashes and has been diagnosed with PTSD.

“It’s kind of a hard thing to wrap your head around,” Nathan says. “Wow, you beat it! Good job! But from the inside I still see it as a time bomb rather than a success. I’m scared and fearful of re-occurrence.”

Nathan has exhausted traditional therapy and drugs to treat his psychological condition. “I want to feel human again. I want to be able to look at my front door and not be terrified,” he says of his PTSD symptoms.

“I can’t take my daughter for a 10-minute walk because I’m scared,” Nathan says. “I don’t want to impact my daughter negatively, and so there’s a part of me that’s like, ‘You know what? You need to exit her life before you wreck her.’”

Nathan heard about psilocybin psychotherapy and decided it was worth trying. The treatment involves careful preparation, therapy during the psilocybin experience and an integration process afterward.

In conjunction with his doctor and TheraPsil, Nathan applied to Health Canada in March for an exemption to use magic mushrooms.

Anticipating an approval, he weaned off antidepressants that might interfere with the potency and effects of the psilocybin. Months later, with no sign of an exemption and antidepressants out of his system, Nathan says he’s “spiralling out of control mentally.”

He’s written to Hajdu a number of times asking for help.

So far Nathan has only received what appear to be boilerplate responses — not from the minister but the department — that his application is still “under review.”

“That’s what upsets me,” he says, pointing out that some people have been given exemptions and others haven’t, with no clear reasons for the decisions. “I am being treated differently which goes against our Charter of Rights and Freedoms Section 15. And that’s what’s really upsetting me right now, because there’s not only myself, but there are other people.”

The lawyer’s letter that landed on Hajdu’s desk leaves little doubt that unless the government comes up with reasonable and transparent regulations for making psilocybin legal and available for medical purposes, a court challenge based on Section 7 of the charter, which protects the fight to liberty and security of the person, is inevitable.

“The anachronistic prohibition not only bars access to psilocybin-assisted psychotherapy for society’s most unwell, but it criminalizes the treatment such that it cannot be conducted in a safe and regulated manner,” writes Lewin. “The CDSA’s prohibition on psilocybin mushrooms is arbitrary.”

Twenty years ago, court decisions began invalidating the longstanding prohibition against cannabis, ultimately bringing regulations to allow its use for medical reasons.

“The decision whether to use psilocybin mushrooms for medicinal purposes should be the patient’s decision made in consultation with the patient’s doctor. The decision is a medical decision, not an administrative one,” Lewin wrote to the health minister.

TheraPsil’s Hawkswell says there’s another reason to light a legal fire under the health minister. As slow as she appears to be in exercising her discretion under the CDSA to grant exemptions, she has used it. 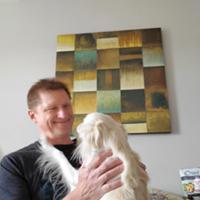 Why Is Ottawa Stalling Proven Magic Mushroom Therapy for the Dying?

In a response to questions and a request to speak directly with the minister, a Health Canada spokesperson repeated what’s become a standard response.

“Health Canada is committed to thoroughly reviewing each request for an exemption under the Controlled Drugs and Substances Act, on a case-by-case basis, taking into account all relevant considerations, including evidence of potential benefits and risks or harms to the health and safety of Canadians.”

“Unfortunately,” the spokesperson added, “the minister is unavailable for a comment.”