Early in the morning on Friday, Haida artist Tamara Bell and her 12-year-old son left home in a hurry. After staying up late reading the news about the discovery of the remains of 215 Indigenous children found at Kamloops Indian Residential School, Bell said that she, like many others, felt horrified.

Motivated by a desire to honour the children and provide a space for healing, Bell and her son went from store to store buying shoes. They filled six large bags with different sneakers, boots and moccasins; a variety, Bell said, to represent the traditional and modern mores of Indigenous people impacted by the schools.

“I just kept thinking that I have to do something... as a people, we need to heal. We need to have a place to heal, and we can’t just be suffering alone,” Bell said.

By midday Friday, Bell and other Indigenous women had assembled the memorial: 215 pairs of shoes placed on the steps in front of the Vancouver Art Gallery, with children’s shoes placed closest to the front. The memorial has since grown to include dozens of flower bouquets, candles, blankets and dolls left by visitors.

“It’s like a living piece of artwork,” Bell said, “It’s going to change over time.”

Since Bell and other Indigenous organizers first set up the memorial at the gallery, other memorials have emerged across the country and around the world. Online posts show similar memorials appearing outside galleries in Abbotsford, on the steps of city hall in Saskatoon, in Ottawa, and at the entrance to Francis Xavier Mission Catholic Church in Kahnawake. The wave of replicas hasn’t stopped there.

Inundated by the massive response, Bell has lost count of the number of messages and calls that she has received since creating the memorial. “I’ve been helping lots of people go through the process of setting it up,” Bell said. “It’s just been an honour to participate, and if I can help in any way with people’s healing... that’s what it’s all about.”

Bell said there’s still a lot that we don’t know about residential schools. Her mother was a residential school survivor and used to be responsible for tending to the school’s gardens. Bell remembers stories her mother would tell of children who had gone missing and were suspected to be buried in the gardens. “I remember thinking, ‘Oh my god, that is so horrific. How can all of these stories just not even be relevant to the average Canadian?’”

Bell’s friend and local radio host, Gunargie O’Sullivan, helped organize and broadcast a livestream of the speakers and performers at the memorial. O’Sullivan, who also goes by Cheryle D. Williams and is from the Tlowitsis Nation, is a survivor of residential school and intergenerational trauma, as well as the '60s Scoop.

O’Sullivan said the memorial has been an important place for survivors, and she doesn’t think that it should be taken down anytime soon. She urged people to read more about the issue by visiting the National Campus and Community Radio Association’s Resonating Reconciliation page.

“There are over 100 residential schools that are going to [need to] be investigated... I don’t think it would be practical to take this vigil up and down every time we find another mass grave at another residential school,” said O’Sullivan. “This is the place where we can go to keep ourselves updated, to create awareness and to build relationships with people in the community.”

Inspired by the iconography used by other movements like Black Lives Matter, Bell said she chose to use the shoes specifically for their visual scale and as a powerful image that would be easy to replicate.

Items like red dresses have also become well-recognized symbols for the Murdered and Missing Indigenous Women movement. In Vancouver, shoes have been displayed along the Burrard Bridge for Overdose Awareness Day and annually on Dec. 6 at the art gallery to commemorate women who have been killed by violence in B.C.

Amanda May Daly, who is of Anishinaabe and western European ancestry, has lived in London for 14 years. She’s been planning a similar memorial for the steps of Canada House on June 6 in Trafalgar Square, one of London’s busiest public spaces.

Soon after the news broke about the discovery in Kamloops, Daly put out a call to other parents at her children’s school and quickly amassed bags full of donated kids’ shoes.

Even though London was the centre of the British Empire and residential schools formed an integral part of the British colonial system, Daly said there is little awareness or discussion of Indigenous issues in the United Kingdom, and it’s still common for people to use offensive terms like “Red Indian.”

The discovery of the children has been reported by the BBC, but Daly said the article had an inaccurate headline, referring to residential schools as “Indigenous schools,” and used a black and white archival photo, “so it looks like it happened a really long time ago.” 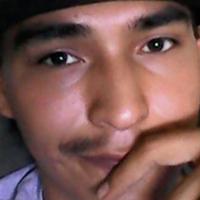 Scanning social media, Daly said she’s noticed Irish people were much quicker to understand the gravity of the discovery: Ireland has a long history of English colonization, and the country has also struggled with the recent discoveries of unmarked graves of babies and children at church-run mother and baby homes.

Daly, who described herself as a fledgling activist who has sought guidance from leaders in the Idle No More movement, hopes the memorial at Canada House will help raise awareness of residential schools in the U.K. She previously set up a similar event in the same location after the trial of Gerald Stanley, a Saskatchewan farmer who was acquitted in the shooting death of Colten Boushie, a young Indigenous man.