Across Canada, universities and colleges are striving to decolonize and “Indigenize,”making efforts to include Indigenous culture, history and ways of knowing into their curriculums, as well as hire more Indigenous faculty and staff.

But accusations against academics for faking or overplaying their Indigenous identity have many wondering about the responsibilities of higher education to probe these claims further, as well as ensure that future hiring practices include some sort of vetting process.

These accusations aren’t limited to academia. Other cases include author Joseph Boyden, who allegedly made false claims to Mi’kmaq, Ojibwe and Nipmuc heritage at different points in his career. Boyden maintains he is Métis.

And last August, television and film director Michelle Latimer had her stated ties to the Algonquin community of Kitigan Zibi in Quebec rejected by community residents.

Latimer apologized, and resigned as director* of CBC's Trickster TV series, based on the book trilogy by Eden Robinson, a member of the Haisla and Heiltsuk First Nations. The show, which had a critically acclaimed first season, was also cancelled.

After issuing her apology, Latimer reached out to Elders and historians in Kitigan Zibi for guidance and hired a professional genealogist to verify her lineage.

“At this point, on paper, I can formally trace through source documentation, one line of our Indigenous ancestry dating back to the 1700s,” she said in a December statement widely reported in the media.

Written evidence and DNA links, however, are just part of the story. In the halls of higher education, against a complex backdrop of the intersecting themes of race, place and identity, how is true Indigeneity uncovered? And how are institutions responding to allegations of fakery among faculty?

The Tyee spoke with four Indigenous academics from different Canadian universities for their thoughts on how post-secondary institutions should address these issues, and how to prevent deceit from occurring in the future.

While some of Johnson’s colleagues define Indigeneity through possession of government status cards or membership in a particular nation, others define it as, “Who claims you?” In other words, what community or individuals can verify your Indigenous ancestry?

“I think the confusion or the suspicion is when people are not able to point to a particular community as a place of origin, or they don’t have ongoing relationships with people in the community, or if nobody’s ever heard of them — they’ve not lived there, they’ve not visited there,” said Johnson, who is Saulteaux and a member of the Keeseekoose First Nation in Saskatchewan.

There are legitimate reasons why a person with Indigenous ancestry may not know their own heritage, she adds.

“You have to be careful when you ask people about that, because there’s shame attached to not knowing,” Johnson said, adding that many Indigenous academics make wide allowances for colleagues who are just getting to know their ancestry.

For Celeste Pedri-Spade, associate professor and Queen’s National Scholar in Indigenous studies at Queen’s University, simply having one Indigenous ancestor does not make you Indigenous.

“Personally, I see the idea of identity and ancestry as really problematic,” said Pedri-Spade, who is Anishnaabe. “It’s very extractive, the idea of mining genealogy or some kind of record to locate a Native person, to then base your claim entirely upon.”

“That’s just a first step. The steps that follow are really relationship building with actual people and place.”

If you’re an academic who claims Indigenous ancestry, says Lynn Lavallee, a social work professor and strategic lead of the Indigenous resurgence program in the faculty of community services at Ryerson University, it is incumbent upon you to do the work establishing your history and connections — before announcing your Indigenous identity at work or in a job interview.

“If you work in academia and you check the box that you’re Indigenous, I feel you have a responsibility to say who you are and who your people are,” said Lavallee, who is also Anishnaabe and a member of the Métis Nation of Ontario.

“If someone doesn’t honestly know, they just should be honest.”

When Johnson was hired by Thompson Rivers University, all the members on the hiring committee interviewing her were Indigenous.

It’s important to have Indigenous members on such committees, she says, especially for Indigenous-specific positions, because they will know the right questions to ask.

“Non-Indigenous people, many times, have a reluctance to ask those questions about who do you know and how do you know them, and who’s in your community,” she said.

“Whereas Indigenous people, there’s really not such a hesitancy to do that, because establishing ancestry and establishing relationships is really important right off the bat.”

When she was hired at her previous university, Pedri-Spade says part of the application process was to provide a statement addressing how hiring her would help the university meet its equity, diversity and inclusion goals. They could require something similar for Indigenous candidates, she suggests.

“They could have a statement that helps the person situate themselves in the kinds of relationships — like community relations, relations with the land — that essentially make them Indigenous and how they bring that to the university,” she said.

Jerry Fontaine, assistant professor of Indigenous studies at the University of Winnipeg, who is Ojibwe-Anishinaabe, agrees. He says institutions such as universities and colleges should have established relationships with the Indigenous communities they claim they’re trying to work with in order to verify that people are who they say they are.

“That’s the big problem, in my view, with Indigenization and all these post-secondary institutions jumping on the bandwagon to Indigenize,” he said.

Fontaine, a former band chief of the Sagkeeng First Nation, says his take may be controversial, but he doesn’t think it is up to academic institutions to respond to allegations their faculty members are faking a First Nations heritage.

“I think the responsibility of addressing this is the community’s,” he said. “Just as what happened with Michelle Latimer, it was people from Kitigan Zibi that stood up and said, ‘No, this is wrong.’”

It isn’t new for people to be faking Indigenous heritage, he said, and he isn’t particularly bothered when people do.

“This has been going on for a long time. If you look at Ward Churchill in Colorado,” he said, referencing the former University of Colorado professor whose claimed Native American heritage was found to be small, “he became a spokesman for our people, for Chrissakes.... All I do now is shrug my shoulders and say, ‘Fine.’ I think that’s par for the course now.”

But it doesn’t look good on universities and colleges who claim to be Indigenizing — a process Fontaine dislikes, as he says western teaching methods are at odds with Indigenous ways of knowing — when faculty members are caught out there.

“This is indicative of institutions that are so completely removed from our reality,” he said. “I think it’s a stain on their ability to ask the simple questions,” such as inquiring what Indigenous community they belong to.

Hiring an academic whose claims to Indigeneity don’t stand up to scrutiny not only sets back the Indigenization process at a university by years, says Johnson, but harms the trust Indigenous communities have in the institution.

“By the time a person is extricated from the position, a posting goes out, somebody is hired, it’s going to run on a yearly clock. And then the community is going to have questions,” she said.

In addition to casting institutions in a bad light, individuals are also harmed when someone without true connections to First Nations, Metis or Inuit heritage and community claims to be Indigenous, Lavallee says. 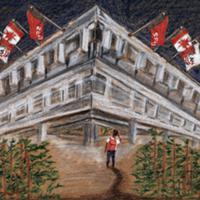 Canadian Universities Have a Racism Problem. We Went Deep into One

Even people who learn of their Indigenous backgrounds later in life did not have to grow up with the racism, generational trauma and colonial oppression most Indigenous peoples in Canada do, giving them an advantage over other Indigenous academics who have more complicated lives, she says.

And it isn’t just faculty — it hurts students, too.

Pedri-Spade agrees, which is why in cases where a faculty member is caught in a lie about their Indigenous identity, she believes they should be held accountable. 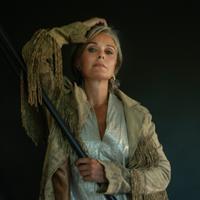 Accountability looks like telling the truth and facing the consequences, she said, adding accountability to community and to the institution are separate but important steps.

“At the institutional level, I think accountability should look very similar to whatever process they have for investigating and addressing other kinds of falsifications through hiring.”

But Pedri-Spade says settler-established schools in Canada have so much more work to do beyond determining who is and is not Indigenous in their hiring pool.

“I’m obviously not opposed to the idea of hiring Indigenous professors. But I think there needs to be a larger institutional commitment to undoing and dismantling the structures, systems and processes that are inherently violent and would harm the Native faculty member,” she said, “such as broader institutional commitments to addressing settler colonialism, white supremacy and issues of privilege.”

*Story updated on May 17 at 12:11 p.m. to correct that Michelle Latimer resigned from her position as director of the 'Trickster' series. The article previously stated that she was fired.