New mapping released today by the Wilderness Committee indicates the province approved significantly more old-growth logging over the past 12 months than it did the previous year.

According to the report released today, the province approved logging in 84,669 hectares of old-growth forest over the past year compared with 59,228 hectares the year prior.

Advocates speculate that the 43-per-cent increase could signal the forest industry’s push to secure harvestable timber as the province promises tighter restrictions on old-growth logging.

“The reason we ran the comparison was because I was expecting a little bit of an increase, or at the very least a flatline,” said Torrance Coste, national campaign director with the Wilderness Committee.

Even then, Coste said he found the increase surprising.

He said the decision to map cut-block approvals in old-growth forests was based on hearing concerns about the rate of logging from around the province.

The organization said that based on mapping of publicly available government data in the year leading up to April 30, the old growth approved for logging over the past 12 months is equivalent to an area slightly larger than E.C. Manning Provincial Park.

Coste said several factors could contribute to an increase in old-growth logging permits. An eight-month strike by coastal forestry workers in 2020 and ongoing mill closures and curtailments may have led to a decrease in permits in the prior year.

In addition, he said the recent spike in lumber prices could contribute to an increase in logging.

But he also speculates that the forest industry is preparing for additional restrictions on old-growth logging.

On April 30 last year, a panel reviewing old-growth logging in the province submitted its report to government. The report, A New Future for Old Forests, was made public in September and made 14 recommendations and called for a “paradigm shift” in B.C.’s approach to forestry.

That included grounding the system in a government-to-government framework with Indigenous communities.

In releasing the report, the province said it recognized the need for a new approach to managing B.C.’s ancient forests and that it would defer logging in 353,000 hectares of forest, some of which was old growth. The deferrals expire Aug. 31, 2022.

One of Premier John Horgan’s fall campaign promises was to implement the report “in its totality,” but no details on timelines or implementation plans were provided.

But advocates were left wondering about the province’s commitment to transition away from old-growth logging when it dedicated no new funding for the shift in its 2021 budget.

Instead, Finance Minister Selina Robinson said the funding already exists under the Ministry of Forests’ budget, which is set to decline 4.4 per cent this year.

In an emailed statement, a spokesperson with the Ministry of Forests acknowledged that the status quo on old-growth management needs to change.

“We inherited a patchwork of measures on old growth and we know we need a comprehensive strategy to move forward,” it said. The province is now working on next steps, including government-to-government engagement with Indigenous communities and consultation with stakeholders.

Ministry staff “are reviewing the Wilderness Committee’s findings to better understand the conclusions they came to and we will be able to fully respond once this review is complete,” it said.

“No one’s saying ‘not another old-growth tree should come down,’” Coste said. “We’re saying, hit the brakes and then start planning by landscape unit, by ecosystem type and by other measures.” B.C. should be protecting an “adequate” amount of the best forests, he added.

Scientists evaluating B.C.’s approach to forestry agree there needs to be changes in how the province quantifies its forest resources.

An independent team of scientists with a background in resource management joined forces recently with the goal of informing provincial decisions on old growth. They put out a statement last week calling for forest management reforms.

The Science Advisory Group is asking the province to update land-use planning with an emphasis on old-growth protection, adjust timber harvest levels and create forest tenure reform that puts greater control in the hands of communities and First Nations.

Karen Price, an independent ecologist with the group whose research informed last year’s old-growth panel review, said the report summarizes what needs to be done to remodel forest management in the province.

A month ago, Price and co-authors Dave Daust and Rachel Holt published "Conflicting portrayals of remaining old growth: the British Columbia case" in the Canadian Journal of Forest Research. The paper includes much of the same analysis that informed the old-growth review, but in a peer-reviewed format.

It confirms that less than one per cent of B.C.’s productive forests are old growth, Price said.

“The focus of the paper is that how much old growth you think is left in B.C. depends on how you define old growth. If you call old growth anything with an old tree, then we still have a lot of it,” she said.

But according to the researchers, less than one per cent of B.C.’s forests are the highly-productive ecosystems commonly associated with old-growth forests, she said.

“If we start teasing that apart into different ecosystem types and pull apart the highly-productive, valley-bottom, big-tree ecosystems, the ones that are biodiversity hubs and carbon banks and help adapt to climate change, that’s where we get down to one per cent of B.C.’s forests,” she said.

“Essentially, the large old-growth is disappearing rapidly and almost gone.” 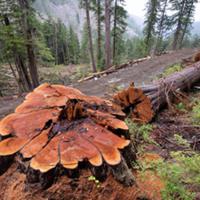 No New Money for Old Growth Protection in BC’s Budget

The Wilderness Committee mapping also shows that 80 per cent of approvals were concentrated in areas with the largest trees and highest biodiversity, Coste said.

The province has said it needs to consult with First Nations before making changes to old-growth logging. Coste said there’s no indication that’s happening.

In the meantime, the biggest trees that contribute the most to forest health are being logged, he said.

“They’ve said they’re planning to talk to all stakeholders to make sure it’s done right,” he said. “We don’t know the parameters of that, we don’t know the timeline, we don’t know if they’ll be action in the meantime. It’s extremely frustrating — and again, while logging is happening literally faster than before.”

Price added that many First Nations who have requested old-growth moratoriums and deferrals on their territories have been ignored by government. 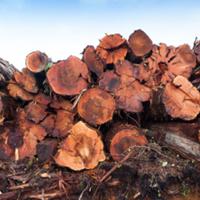 “We know that across the province, there are nations who have requested deferrals,” she said. “What we’re not sure about is how you can argue for consultation when you’re ignoring the cases where nations are requesting a moratorium or deferrals on their land.”

Price agrees that the recent uptick in permitting likely reflects industry expectations that logging restrictions may be on the horizon.

“We would say it’s very likely,” she said. “It makes sense and matches with the way any sensible industry would work.”

How the permits translate to timber harvest on the ground remains to be seen, Coste said. While the permits open up the areas to logging, that could take years to happen.

BC Council of Forest Industries CEO Susan Yurkovich was not available for an interview and didn’t respond to a question about the increased old-growth permits.

In a statement, the council said only 30 per cent of old-growth forests are in the timber harvesting land base. “Each year, less than one per cent of the area designated for sustainable harvesting is harvested, and only about one quarter of that is old growth,” it said.

The council said it hopes the province’s review results in “a balanced, provincewide strategy for not only old growth, but all of B.C.’s forests” that ensures healthy forests, helps tackle climate change and provides stability for workers, communities and industry.

*Story updated on May 3 at 4:22 p.m. to include comment from the provincial government and the Council of Forest Industries.