A historical ecologist and her team at Simon Fraser University have made a crucial discovery about B.C.’s ancient forest ecosystems — one that could strengthen the systems of today and tomorrow and equip us to understand our own environment even as it changes with the climate.

Dr. Chelsey Geralda Armstrong, an Indigenous Studies assistant professor and the leader of the Historical and Ethnoecological Research Lab recently published a study in the journal Ecology and Society. In it, she documents four sites that are ecologically more diverse than the conifer forests surrounding them. And for good reason: each is on an Indigenous reserve and marks the site of an ancient community of master horticulturalists.

It’s an old settler myth that North America was “undeveloped” by Indigenous peoples, who subsisted as hunter-gatherers and therefore didn’t deserve to claim stakes in any particular land. Never mind that agricultural civilizations flourished all the way from Mexico to the Great Lakes, or that white explorers traversed the continent by following long-established Indigenous trade routes.

Here in B.C., this self-serving cultural ignorance operated even with relatively advanced anthropologists like Franz Boas, who assumed he was studying dying peoples and only wanted to record their folkways before they vanished. In Boas’ case, he additionally focused on Indigenous men and ignored women, so he missed a key element of coastal Indigenous culture — the clam gardens designed and maintained by women, which could sustain a population well over 100,000 in the centuries before contact.

Equally ignored was another sophisticated practice found mostly among inland peoples: the forest garden. Many settlers have vaguely assumed that Indigenous peoples in B.C. made an easy living off enormous salmon runs, varying their diets with a little berry picking. Now we know better.

“We find that forest gardens have substantially greater plant and functional trait diversity than periphery forests even more than 150 years after management ceased,” She writes. “Forests managed by Indigenous peoples in the past now provide diverse resources and habitat for animals and other pollinators and are more rich than naturally forested ecosystems.”

For settlers, this is a striking discovery on several levels. First, Indigenous peoples didn’t just wander the woods looking for salmonberries; they created convenient nearby gardens in which salmonberries grew next to Pacific crabapple, hazelnut, high bush cranberry, red elderberry and a small number of other edible, storable plants. When they had to, they transplanted; Armstrong and her team found hazelnut and Pacific crabapple at two sites, Gitseax and Dałk Gyilakyaw, near the Skeena River — far outside the natural geographic range of those species. (The other two sites that Armstrong studied are in the Lower Mainland: Say-mah-mit in Port Moody at the end of Burrard Inlet, and Shxwpópélem on the Harrison River.)

These forest gardens have survived at least 150 years without such care. In Central America, vast agricultural civilizations vanished under encroaching forests within decades after the arrival of European diseases in the 16th century. Many Indigenous peoples in what is now B.C. also suffered from diseases, like smallpox, that settlers brought, and survivors were often pushed out of their communities onto reserves.

Yet forest gardens have persisted on reserves with, at best, passive management — “like not logging entire landscapes,” Armstrong told The Tyee in an email interview. “Forest gardens were such well-managed landscapes that they can resist things like conifer encroachment which is common in any type of forest disturbance.”

Armstrong also said that she and her team have identified at least 15 forest gardens so far. Many more likely once existed. “The one trend is that 90 per cent of the forest gardens I’ve located are not directly on the coastline,” Armstrong says. “They tend to be between the interior and the coast. But they are certainly more prolific than originally thought.”

Forest gardens can also be a sign of a lost community. “Two of them I located from the vegetation alone and thought, ‘Wow, this looks like a site’ — turns out they were both unrecorded village sites,” Armstrong says.

One clear conclusion is that Indigenous forest gardeners were highly sophisticated horticulturalists who got sustainable returns for centuries from otherwise less productive natural forest ecosystems. A second conclusion: We might emulate Indigenous successes and build new forest gardens, diversifying and enriching our own ecosystems.

“This is the long-term project,” Armstrong said. “We have secured funding to see how we can ‘bring them back.’ Our goal is to consult the people who know best: the Elders. And to work with them on testing different treatments (setting up test plots) and seeing how to reclaim the management of these places. It is an entirely Indigenous/community-led initiative.”

For the next few summers, Armstrong and her team will study the legacy and extent of these ecosystems. They will also look into ecological questions, such as the edaphic conditions and mycorrhizal relationships that support these systems. 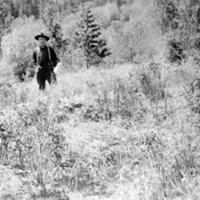 The Little-Known Settler Who Fought for Indigenous Rights

“This is just the ground floor, and we’re only just beginning to understand these systems from a western scientific perspective,” says Armstrong. “In reality, we have a lot to learn.”

And perhaps in the nick of time: as climate change encourages drought, flood and fire, diverse and resilient ecosystems stand a better chance of protecting the trees, plants, animals, fish and insects that comprise them. By comparison, a standard conifer forest is just a disaster waiting to happen.

Armstrong and her colleagues have broadened the western scientific perspective by making the Indigenous perspective a means of study rather than an object of study. The old scientists like Boas thought they were attending cultural deathbeds; Armstrong and scientists like her know that Indigenous cultures are very much alive. They have their own intellectual traditions and achievements, of which B.C.’s forest gardens are only one. When we have all fully grasped the implications of the forest gardens, we will indeed be ready to learn a lot.