Douglas Preston is a highly professional writer of both fiction and nonfiction, and he’s been following the search for the “White City” in Honduras for years. So the lurid title of his new book has more than a tinge of irony. This is no Indiana Jones thriller, and it is indeed a true story.

What’s more, it’s actually three true stories: the search for, and discovery of, a genuine lost civilization in the mountains and jungles of northeast Honduras; the horrifying consequences for the discoverers, including Preston; and a new insight into “the greatest catastrophe ever to befall our species” — the multiple pandemics the Spanish brought to the New World.

Preston tells the first story with a lot of gusto. Early Spanish conquerors heard rumours of a civilization in Central America at least as rich as the recently conquered Aztecs and Maya. But they found nothing. Centuries later, a string of adventurers and charlatans ventured into La Mosquitia, the coastal jungles of Honduras near the Nicaraguan border, in search of the “Ciudad Blanca,” a white city of carved stone like those of the Maya. Some claimed to have found it, but none had.

It was there, all right, but finding it involved most of the elements of a James Bond movie: operating in a violent country overrun by drug cartels, using high technology to find the city, organizing a group of experts and filmmakers, and even recruiting three ex-members of the British Special Air Service to clear a helicopter landing zone and provide security to the other expedition members. (One of the SAS men killed a huge and venomous fer-de-lance viper on their first night in camp.)

This is all great fun, and Preston narrates it well. He introduces us to memorable characters, from the filmmakers who funded the expedition to an American sometime drug dealer who provided sage advice to the project. The days spent in the valley called Target 1 are vividly described and highly eventful.

Preston changes the tone once he and his colleagues are camped and exploring the city. It becomes clear this is indeed the real thing — a major city, with pyramids and mounds made of earth rather than cut stone, entirely overgrown. Even the animals in the valley had no fear of humans; no one had ventured there for 500 years.

One striking feature was discovered early. At the foot of an overgrown mound, hundreds of objects were clustered, including a statue of a jaguar and huge ceremonial grinding stones. Half-buried in soil, almost all had been broken. Breaking them had “killed” them, freeing their spirits — a common practice in many pre-Columbian cultures.

It was clear to the anthropologists and archeologists in the expedition that these objects had been placed together and ritually smashed before the inhabitants had abandoned the city. This had happened about the year 1500, or not long after.

But why would the inhabitants of a prosperous and complex civilization have done this? The answer was clear: the civilization was no more because almost all its people had died. The few survivors had left a parting gift to the gods.

It’s widely understood that the peoples of the Americas lacked immunity to European diseases for a simple reason: they had few domestic animals. Europeans, Asians, and Africans had domesticated cattle, horses, pigs, and poultry, and had contracted their animals’ diseases (measles is the human form of the cattle disease rinderpest). Over thousands of years, those peoples had developed some genetic resistance to those diseases, though they still took a terrible toll.

The first pandemics of the Americas

Columbus brought the first pandemics to the Americas — first to Caribbean islands like Hispaniola and Cuba, where the native populations vanished within decades. Then the native trade networks between the islands and the mainland spread diseases like measles and smallpox to regions that had never seen the Spanish newcomers.

So the White City was likely dead even before Cortes arrived in Mexico, where the same diseases enabled his conquest of the Aztecs. Mexico in 1500 had an estimated 20 million people. It took 400 years to restore the country’s pre-pandemic population.

The pandemics spread north and south, crippling the Inka Empire of Peru and destroying the advanced farming societies of what is now the U.S. south and midwest. Eventually they reached even the B.C. coast, where recurring waves of smallpox in the 18th and 19th centuries nearly wiped out a thriving indigenous population of scores of thousands.

All told, Preston argues, populations crashed to perhaps five per cent of their former numbers. The survivors and their cultures were as shattered as the sacred objects they had left in their deserted temples. The Europeans occupied half the planet thanks to the diseases they had unknowingly brought with them.

While the Americas had been free of European diseases, they had a few of their own. One was a variety of leishmaniasis, a parasitic disease carried by sand flies that flourish in the valley of the White City. Preston describes the expedition’s efforts to escape other diseases, but the sand flies got into their tents and netted hammocks. Weeks after the members had returned home, many of them began to notice sores or bites that weren’t getting better; in fact, they were getting worse. 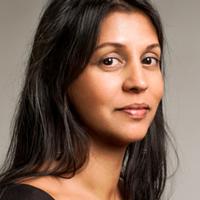 Since this form of the disease, mucocutaneous leishmaniasis, can literally eat away the victim’s face, Preston and his colleagues were understandably terrified. Fortunately, the National Institutes of Health was able to care for them as part of an ongoing research project into the disease, and most of the expedition members have recovered. But it’s uncertain whether further exploration will be possible, given the persistent health hazards of the region. 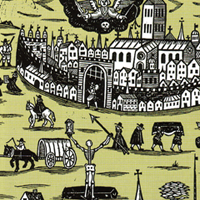 On the other hand, human encroachment will persist. Illegal deforestation is going on not far away — not for timber, but to clear land for cattle. The drug cartels could easily move in and plunder the White City’s treasures, regardless of the health consequences.

This has been the classic pattern of self-inflicted pandemics: people start crowding into forested regions, disrupting habitat and exposing themselves to new viruses, bacteria, and parasites. That’s how Ebola first broke out, and HIV/AIDS, and SARS.

Leishmaniasis isn’t likely to be the disease that finishes us off. In all its forms, it causes about a million cases a year and about 20,000 fatalities. But the more we encroach on wilderness, and the more our climate changes, the more we risk exposing ourselves to some unlikely bacterium or virus we’ve never encountered before. Any one of them could be easily transmissible and invisible to our immune systems.

Somehow I doubt the Canadian survivors would leave symbolic objects on the lawn in front of Parliament before they shuffled off to oblivion.