A child in West Vancouver is nearly 17 times more likely than one in northwestern British Columbia to receive the $1,200 the province makes available to families who open registered savings accounts for post-secondary education.

The geographic inequities are revealed publicly for the first time in documents The Tyee obtained in a request under the Freedom of Information and Protection of Privacy Act.

The records, which took the Education Ministry more than a year to provide, show some government officials have been concerned about the low uptake on the grants despite efforts to promote their availability.

And they reveal that the grants are largely going to families in the province’s most affluent neighbourhoods.

They also show that the government’s press releases cited a much higher participation rate than internal government documents did.

Maria Howard, the CEO of Family Services of Greater Vancouver, a non-profit that supports families in need, crisis or living with trauma, said the provincial and federal governments should be applauded for recognizing the need to help families pay for post-secondary education.

The intention is good, even if the program has challenges, she said. “We’re on the right road, we just haven’t quite got there yet.”

The B.C. Training and Education Savings Grant is available to families when children are six to nine. All they have to do is open a registered education savings plan at a participating financial institution and the government will deposit $1,200, which can then grow tax free.

If a family already has an RESP, the province advises “parents should make sure the RESP provider offers the grant. If not, parents may open another RESP at a participating provider in order to receive the grant.”

The previous BC Liberal government launched the program — first promised during the 2013 election campaign and opposed by the then-opposition NDP who advocated for needs-based grants — as a way to encourage families to save for their children’s post-secondary education. Since forming government in 2017, the NDP has kept the program.

On its face, the program is a winner. It gives families an incentive to open an RESP for their children and to do so early enough that the investment has time to grow. There are also federal government RESP grants for families with low and moderate incomes and there are federal dollars to match a portion of a family’s contributions. Some service agencies also offer added incentives for families, like an Elizabeth Fry Society program that offers Walmart gift cards to families opening up RESPs and has funds available from donors to match a portion of families’ contributions.

The encouragement to save is significant since some form of post-secondary education will be required for 80 per cent of the job openings in the province in the next 10 years, as the B.C. government points out in its promotional materials.

According to one government document, studies suggest students with education savings are more likely to enrol in post-secondary education.

But as The Tyee reported a year ago, despite the many incentives some families are much more likely than others to open RESP accounts and benefit from the government grants.

A document that appears to be from March 2019 shows how many claimed the grant in each of the post office’s forward sorting areas, familiar as the first three letters in postal codes. Children living in wealthier urban areas are much more likely than those in rural or remote communities to benefit, it shows.

In the postal codes that start with V7T, an area in West Vancouver south of the Trans-Canada Highway between the Capilano River and 15th Street, 277 out of 300 eligible children were beneficiaries of the grant. That works out to about 92.3 per cent, the highest in the province.

At the other extreme was the V0V postal code, which includes Port Edward, Lax Kw'alaams, Hartley Bay and other communities surrounding Prince Rupert in the northwest of the province.

Of the 200 eligible children in that area, just 11 received the grant, which works out to 5.5 per cent.

The five areas with the highest uptake were:

Those with the lowest participation rates were:

When The Tyee contacted James Horne, the chair of the District 52 school board in Prince Rupert, to ask why students in the north might be less likely to receive the grants, he said, “I’m sure there’s lots of reasons.”

More could be done to promote the grants within the district, he said, before volunteering that he’d been unaware of the grants himself before The Tyee’s call.

“If I didn’t know, other people don’t know.” Horne has been a trustee for six years.

Greater Vancouver Family Services CEO Howard said people face a great variety of issues that may prevent them from opening an RESP and claiming the grant. It could be that language is a barrier, that they may have arrived in B.C. recently and haven’t heard of the program, or that they don’t have social insurance numbers for their children.

In many cases, people don’t file their taxes, often a requirement for claiming government grants, or they may have difficulty with the paperwork that’s needed, she said. “Step after step after step, which can be so overwhelming for families.”

The RESP grants also require access to a bank or credit union, which means finding staff who can understand the situation and are willing to help, something people with low incomes can’t always count on.

“Often these things aren’t visible until somebody comes forward and shares their experience,” Howard said, adding that more support is needed in the community through organizations like hers.

Also, she said, many people may be dealing with more immediate needs that make saving a decade or more ahead for education seem like a lower priority.

“It’s the last thing on their mind when there’s not much food in the house and they have kids and lots of other things going on.”

The government should be working to figure out why there is low participation in some communities, Howard said. “I would think that would be really appropriate.”

But internal documents included in the FOI response suggest the participation rate may have been even lower and that 40 per cent may in fact be the number who participated, not the number who missed out.

“To date, about 40% of eligible parents have signed up for the BCTESG,” an information bulletin from June 22, 2018, obtained through FOI said.

An Education Ministry official’s email from later that year also says, “We currently have only 40% of eligible B.C. children receiving the grant.”

The government has previously said it had “focused efforts on engaging groups that might not traditionally open RESPs.” Those included digital signage in Service BC locations, messaging on the backs of income assistance cheques and letters home to parents and guardians in schools, an earlier statement said. 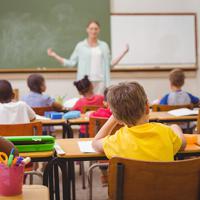 Many BC Families Missing Out on Free Money for Kids’ Education

The government makes the information available in eight languages, and it created a trust to make sure the grants reach children and youth in government foster care.

The Tyee’s FOI request was for any records of a review or audit of the program, of the demographic characteristics of families who do and don’t participate, and efforts to expand participation.

The response included a total of 509 pages, nearly all from the Education Ministry. Some sections were censored, including ones deemed harmful to the public body’s economic or financial interests. If every child in the province participated in the program, it would cost the province about $54 million a year.

There was no evidence of any formal review of the program or any assessment of whether it is working as the government hoped when it was introduced. But a 2018 letter from finance assistant deputy minister Jim Hopkins to several major financial institutions says the grant “has achieved its goals” and calls it “successful.”

Advocates have called for changes to make the program fairer, including automatically enrolling families, targeting grants to those most in need and working towards eliminating tuition fees.