A British Columbia program aimed at helping pay for post-secondary education and encouraging families to save fails to reach four out of 10 people who are eligible.

The low participation rate leaves millions of dollars unclaimed and has observers suggesting there are much better ways to fund education.

“When you hear that there is $1,200 available as a grant for post-secondary education that’s universally available, that sounds great, but we know that the take-up rate for that grant is very low,” said Alex Hemingway, an economist and public finance policy analyst with the B.C. office of the Canadian Centre for Policy Alternatives.

“It sounds nice, but in fact it’s very likely that those who need it most are going to be least likely to get registered and get that funding,” he said. “That means we’re spending public money in a way that’s not going to be distributed as fairly as we would like.”

Families have a three-year window between when a child is six and nine years old to apply for the B.C. Training and Education Savings Grant. All they have to do is open a registered education savings plan at a financial institution and the government will deposit $1,200, which can then grow tax free.

(If a family already has an RESP for their child, “parents should make sure the RESP provider offers the grant. If not, parents may open another RESP at a participating provider in order to receive the grant.”)

Unlike the matching funds the federal government provides to people who make RESP contributions, the provincial grant doesn’t require people to put in any of their own money.

As a B.C. government release put it, “There are no additional fees or financial contributions needed to receive the $1,200 grant, so parents and families who cannot afford to put aside savings at this time can still start a registered education savings plan.”

But the same release warned, “Do not be one of the 40 per cent of families who leave this grant unclaimed.”

Missing the grant could contribute to longer term consequences for individuals who are left out. According to the government, some form of post-secondary education will be required for 80 per cent of the job openings in the province in the next 10 years.

After that release came out, The Tyee asked an Education Ministry spokesperson what if anything had been done to compare who claims the grant with those who don’t and to increase enrolment in the program.

“The ministry has focused efforts on engaging groups that might not traditionally open RESPs,” the ministry said. “Efforts include digital signage in Service BC locations across the province, messaging on the backs of income assistance cheques, direct mail-out to families who may be eligible for the federal Canada Learning Bond incentive, and letters home to parents and guardians in schools.”

The government makes the information available in eight languages, and it created a trust to make sure the grants reach children and youth in government foster care.

The Tyee also filed related requests with two ministries under the Freedom of Information and Protection of Privacy Act. The Education Ministry has requested an extension to respond, but the Finance Ministry released documents showing it had been in touch with major banks in 2018 encouraging them to promote the program among their clients.

“Please know that the banks will take some time to rally their work force to help us, and there is not much time here — so I don’t hold out a lot of hope for material success,” a finance official warned the person in education responsible for promoting the program. He suggested also launching an advertising and social media campaign along with contacting school boards.

The previous BC Liberal government launched the program — first promised during the 2013 election campaign and opposed by the then-opposition NDP who at the time advocated for needs-based grants — in August 2015, and by the end of 2018 the government has issued $170 million in grants to 141,724 children.

That means there would have been another nearly 95,000 children whose families were eligible for the grant during that period but failed to receive it. Their missing out on the grants saved the government $114 million.

The current NDP minority government continues to offer and promote the program.

According to figures from Statistics Canada, across the country RESP use roughly tripled between 1999 and 2016, the most recent year for which statistics are available.

As a University of British Columbia PhD student, Alix Duhaime-Ross analyzed a similar program the Alberta government launched in 2005.

The $500 grants did cause families to open RESP accounts about a year earlier than they otherwise would have, but had “no significant effect on lifetime savings, lifetime contributions, or the number of contributions to the RESP account,” she found.

The B.C. Education Ministry also said the provincial government is working in other ways to make life more affordable and benefit all British Columbians in its decisions.

“After years of underfunding, government is making record investments in our education system to support students through more resources in the classroom and improved learning environments,” it said.

The government is also starting a benefit program that beginning in October 2020 will pay $1,600 a year to families with one child, $2,600 to those with two children, and $3,400 to those with three children.

A spokesperson responded to followup questions by saying the ministry is “actively seeking data” from the federal Ministry of Employment and Social Development “to better understand who is not signing up for the [savings grant].”

It added, “When the [savings grant] launched, the Ministry of Education was aware of research that shows there are groups in B.C. and Canada who are statistically less likely to open RESPs. The ministry continues to actively engage these groups.”

The CCPA’s Hemingway said the provincial government should rethink how it offers the grants.

“I think it’s a concerning and common pattern to see that programs like this have low take-up rates and typically that’s going to mean that those on low incomes or marginalized folks are especially likely to miss out on these opportunities,” he said. 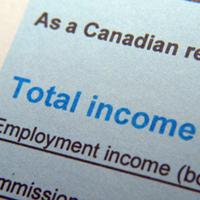 An alternative Hemingway suggested would be automatically enrolling families so that nobody misses the grant just because they don’t hear about it or have the wherewithal to complete the paperwork. Another would be to replace the program with one that targets grants to those who are most in need.

The federal government’s most recent statistics on the program show that 54 per cent of the public money paid into RESPs in 2018 went to families where the household income was at least $93,000 a year.

Looking at the bigger picture, Hemingway said it would be both affordable and desirable to move towards eliminating tuition fees altogether.

“It’s very important for governments to look at policies through the lens of who’s actually benefiting from them, what are the take-up rates, and making sure we’re designing these policies to be as fair as possible.”

B.C.’s next budget is scheduled for release on Feb. 18.