The past two weeks have been eventful for the Non-Partisan Association.

The Tyee and the Vancouver Sun published stories about rifts growing within the city’s oldest civic party. Since then, the NPA board of directors lashed out in a press release calling the stories defamatory.

The NPA’s elected politicians followed with a public call for a promptly held annual general meeting to elect a new board.

One board member resigned, threatening legal action, saying he had been defamed.

Long-time supporters of the party pledged to pull together and offer financial support with the goal of rebuilding the party, as reported by the Globe and Mail.

But it is unclear if and when a general meeting will be called to begin the process. The board’s official channels have released no communication following the caucus’ demand. The board did not respond to a request for comment.

And on Thursday, Feb. 4, NPA board members filed a defamation suit against the City of Vancouver and Mayor Kennedy Stewart.*

This turmoil has been long brewing.

A series of public departures and criticisms between the NPA board, the elected caucus and party members dates back to the directors’ last meeting in November 2019, which saw a mostly new board elected.

One city councillor and four board members publicly fled the party, citing concerns that the board was swinging too far to the right and harbouring extremist views.

A Tyee piece published on Jan. 21 highlighted these growing worries about statements and actions taken by several board members.

It included a photo of Angelo Isidorou, a recently-appointed board member, attending a Feb. 28, 2017 anti-Trump protest wearing a pro-Trump “Make America Great Again” hat and flashing a hand signal that had been used by high-profile, alt-right extremists. The symbol went on to be officially designated a white supremacy signal by the Anti-Defamation League.

The piece also listed growing worries about right-wing political leanings of other current recently-appointed board members.

Isidorou declined to be quoted for the original Tyee article about his attendance at the rally, what he meant by the gesture, or whether he intended to support a specific slate of candidates in the 2022 election. The reason Isidorou gave for not commenting was that he had signed a non-disclosure agreement with the board.

The Tyee has asked NPA president David Mawhinney to share the terms of the NDA but received no response at press time. A source inside the NPA with a long history with the party has told The Tyee they are familiar with an NDA that board members sign that has been in existence in some form since at least 2013. That NDA, says the source, restricts board members from discussing board meetings, discussions and resolutions.

Neither the bylaws nor the version of the NDA that The Tyee was told of prevent a board member from speaking about actions in the past unrelated to their board duties.

On Jan. 29, Isidorou appeared on CKNW’s Lynda Steele Show, where he said he was stepping away from the NPA board and denied any racist intent in using the hand gesture at the anti-Trump rally.

“If anyone pays attention to the 2016 election or even 2021, you’ll notice Donald Trump has a number of bizarre hand gestures. One of those, he’s putting his index finger on his thumb. Alec Baldwin had done this a lot on [Saturday Night Live],” he said during the interview.

“And that’s what that was in early 2017. That’s what we were doing. We were being idiots and mimicking Trump.”

On Steele’s show, Isidorou said his use of the gesture was not intended to mean white power, which he said was a serious allegation.

“Yeah, I was a dumb kid. But the gesture itself could not have been more innocuous at the time,” he said, adding he is now critical of Trump. “Populism in the past four years has been a snake oil salesman selling a lot of bogus claims to people. I know that better than anyone.”

He denied being racist or extremist in his views.

Isidorou said the NPA board intended to call a general meeting. He was quitting the board, he said, to pursue legal action, saying he had been defamed.

Leaving the board, he noted, meant he was no longer restricted by the non-disclosure agreement.

The Tyee has since requested an interview with Isidorou multiple times, but he declined.

NPA board members and its caucus declined to be quoted for the Jan. 21 Tyee story, their silence noted in a followup article in the Vancouver Sun.

President Mawhinney then issued a press release on Jan. 27, which criticized The Tyee and Sun stories as a “clearly co-ordinated smear campaign to besmirch a newly appointed board member, as well as a continued campaign against the conservative persuasion of the board.”

The statement did not cite any inaccuracies in either of the stories. The Tyee issued an editorial response calling the allegations baseless.

Mayor Kennedy Stewart, who faces competition from the NPA in the next mayoral bid, on Jan. 28 blasted the party for being mute on concerns about its political leanings, according to a statement released to the Vancouver Sun.

On Feb. 4, seven current and former NPA directors, including Isidorou, filed a defamation suit against Stewart claiming he knowingly made false accusations of support for hate groups on the NPA board. The suit also named the City of Vancouver. The allegations in the lawsuit have not been tested in court.*

A spokesperson for the mayor’s office told The Tyee that Stewart “would not be able to comment” because it was “now an ongoing legal matter.”

On Jan. 28, all nine of the elected caucus issued a statement publicly demanding an “immediate” annual general meeting to allow a new board to be elected, saying it would allow them to focus on their role as public representatives.

“The NPA elected caucus believes in an inclusive, compassionate and caring city free from hate, stigma and discrimination,” the statement read. “The Board must reflect the values of the elected caucus, long held ideals of the organization, membership and the diversity of our city and residents.”

While elected NPA politicians have not spoken directly about what is going on with the board, they’ve signalled concerns about its evolving makeup in their public statements over the last year.

The party bylaws allow the board to decide on nomination rules and membership. Whoever is elected to the board holds power to determine the slate of candidates the party runs in the next election or byelection.

This week, another relatively new board member fell under fire, as reported by News 1130. Personal injury lawyer Wes Mussio, who says he’s been living in Florida since late October, took to Twitter on Jan. 31 to say he was “heading to Tampa Bay for the start of the Super Bowl party week.”

Mussio owns the Nanaimo Clippers hockey team and reportedly calls himself a “part-time resident of the United States.”

He had been sharing maskless photos in the state where almost two million people have been diagnosed with COVID-19. 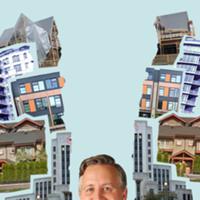 Mussio previously sparked controversy by cheering on Vancouver’s anti-mask protesters and criticizing B.C. health officials and politicians for their handling of the pandemic online.

Mussio served as an NPA board member in 2018 but quit the party to join the upstart Coalition Vancouver and then rejoined the NPA board. Mussio is also the lawyer representing a group of Vancouver voters seeking a court order to remove Green Coun. Michael Wiebe from office. If Wiebe steps down, it would trigger a byelection.

Mussio is the managing partner of the law firm that also is handling the defamation suit against the mayor and city.*

In the Jan. 21 Tyee article, Mussio denied being an anti-masker: “While the media may like to paint this NPA board swing-to-the-right story, it is actually false and misleading. It is definitely untrue about me,” he said.

The next municipal election is slated for fall 2022.