In the early hours of Dec. 13, as her mother’s breathing became shallow and laboured, Natalia Munnion was told to leave her long-term care facility. Her one-hour compassionate visit with her mother, Roseanna Un, was over.

The nurse said her mother would be better by morning, and that she would call Munnion with any news then.

Two hours later, the nurse called Munnion to say the serious chest infection had slowed her mother’s breathing more and that she should get there as soon as she could.

Munnion rushed back to Hawthorne Seniors Care Community in Port Coquitlam with her sister, but their mother had already died. Un was 88.

“My mom didn’t have to go that way. My mom did not have to die alone,” said Munnion, who lives in nearby Coquitlam.

Un is one of the more than 4,500 long-term care residents who have died during the pandemic from other causes.

But as facilities fight widespread and deadly outbreaks by restricting visits, families say there is no such thing as a death unrelated to COVID-19.

“If we would have been granted more visits, I’m not saying my mom would not have died, we all have to go, but she would have had the proper care that her daughters and her son-in-law could have given,” said Munnion, who was told the facility wasn’t allowing any essential visitors to support family members.

Munnion says a lack of accountability and oversight by public health officials robbed her mother of essential care in her final months and degraded her quality of life.

She’s calling for the province to take responsibility for the inconsistent application of visitor restrictions across care facilities and to guarantee one essential visitor per resident.

“I don’t believe it’s for the care home to determine the emotional and psychological needs of the resident and their family members.”

Un was diagnosed with dementia in 2010 and spent most of the last decade in assisted living and then long-term care as her condition progressed.

Before the pandemic, Munnion, her husband and her sister visited Un every day, without exception, for up to four hours, helping dress her, brush her teeth and assist her in moving around to keep her joints limber and muscles strong.

But COVID-19 visitor restrictions kept them from the facility, and Munnion spent the last eight months of her mother’s life fighting to be able to visit and provide essential personal care as Un deteriorated.

Under B.C. government restrictions, assisted living and long-term care residents have been allowed one designated social visitor, who can visit for about 30 minutes once a week.

Essential visitors have been allowed since March, for reasons ranging from personal care to legal matters to supporting emotional well-being. The province released further details about essential visits last week in an attempt to ensure the rules were being applied consistently across the province.

In June, Munnion asked to be allowed to visit her mother more frequently. The facility had told her that her mother’s mouth was drooping and she was increasingly non-responsive. Munnion had been granted one visit and more FaceTime calls, but nothing close to the amount an essential visitor designation would allow.

Like more than half of caregivers, Munnion only learned of the option to apply as an essential visitor in August when the seniors advocate circulated a survey for residents in long-term care and their families.

Since then, Munnion has applied many times to be an essential visitor. She was always rejected because the facility said her mother was not near death, she said.

But Munnion says they weren’t recognizing the signs that her mother’s life was ending.

Un lost 40 pounds during the pandemic and was hardly eating — one of the widespread consequences of the visitor restrictions, the seniors advocate recently reported.

Munnion was granted a visit in August to feed her mother, but when she couldn’t get her to eat any more under pressure, Munnion says the care home took it as evidence she wasn’t required to visit.

A dental hygienist that Munnion hired to clean her mom’s teeth said her teeth and gums were so inflamed it appeared they had not been brushed for months.

“The care isn’t there,” Munnion said, noting that her mother could be resistant to care by someone who’s not a family member. “They don’t have the staff and there’s only so much they can do.”

In her appeals to Hawthorne, which is run by the non-profit Port Coquitlam Senior Citizens’ Housing Society, the Fraser Health care home licensing department and the provincial Patient Quality Care Office, Munnion said she should be able to come in and feed Un as part of the personal care needs outlined in the essential visitor guidance.

And then a COVID-19 outbreak, which did not infect Un, hit the facility.

Although essential visits are allowed in an outbreak, Munnion’s promised visits without the designation were pushed indefinitely while her mother battled a chest infection.

She never received the designation, but the facility agreed she could visit once the outbreak was through. 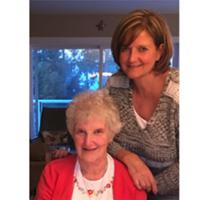 As soon as the outbreak was declared over on Dec. 9, Munnion made arrangements to visit on Dec. 12. Just before she came to the facility, she was told her mother’s chest infection had resurged. And less than 12 hours later, she raced back to the facility to say goodbye.

Lenore Pickering, CEO of Hawthorne, declined to be interviewed.

In response to an email from The Tyee outlining Munnion’s claims about Un’s care, Pickering also declined to comment, citing privacy concerns.

She said that all the complaints outlined by The Tyee had been brought to the home’s client relations advisor, the licensing board and the provincial Patient Quality Care Office, but “that no complaint has been substantiated.”

“In regards to visiting Hawthorne during the Pandemic, Hawthorne carefully follows the guidelines set out by the BCCDC [BC Centre for Disease Control],” said Pickering in an email. 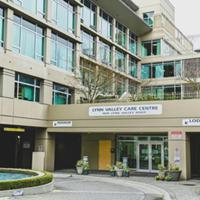 Munnion recently received a condolence card from staff at the facility, who said they would always remember her mom’s laugh and smile.

“But they took that away from her the last 10 months,” she said.

Munnion blames the province for leaving care home operators to interpret the guidance on essential visits.

Provincial health officer Dr. Bonnie Henry said in a recent news briefing that she was focused on ensuring the guidance was applied consistently across the province.

But Munnion said she wants to see explicit orders granting essential visits to every resident.

“We are crying, we are screaming, but yet nobody hears us,” said Munnion. “And we don’t have months or years. We didn’t even have days or weeks.”