Trailing in the polls, BC Liberal Leader Andrew Wilkinson released his party’s platform today saying voters still have time to consider their options before the Oct. 24 election day.

“It’s well known voters come to their conclusions once they’ve got enough information, and the goal is to get the information out there as soon as possible,” Wilkinson said. “Our job is to persuade them we’ve got a better pathway and I’m confident of that.”

The party had already announced major platform planks, including a one-year elimination of the seven-per-cent provincial sales tax, then returning it to three per cent for at least a year, and improvements to care for children and seniors, he said.

The 47-page platform document Restore Confidence. Rebuild BC. provides more detail on the party’s promises along with budget estimates, including $2 billion in added annual spending, $30 billion in added infrastructure spending over three years and more than $4.2 billion in tax cuts.

“This is essential to getting our communities back to work,” Wilkinson said, noting that a similar policy in Quebec has had wide economic benefits. “Parents need to be able to earn a living and that’s what we’re guaranteeing.”

Aside from the PST cut, there are also promises to eliminate the small business income tax and to appoint a Fair Tax Commission to review all provincial taxes. Wilkinson has said he would also eliminate the NDP’s speculation tax, which is aimed at encouraging owners to make empty homes available as rentals, and replace it with a tax on condo flipping.

The Liberals pledge to spend $1 billion over five years on long-term care facilities with a focus on making sure every resident who wants a private room has one, and they would provide a $7,000-a-year tax credit for home care to help seniors who want to age in their own homes.

The platform includes details about the Liberals’ promises to allow private insurance companies to compete with ICBC on providing basic auto insurance, cut greenhouse gas emissions and reduce public disorder while taking better care of people who are living on the streets. 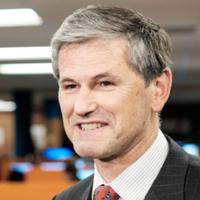 “Our streets are more disordered than ever,” said Wilkinson. “It’s just not acceptable the BC NDP has bundled them up and put them in rundown motels as the only solution.”

The BC Liberal platform includes $58 million “to help fight crime and make sure police and prosecutors have the resources they need to make our communities safer,” and a $15-million pledge to increase addiction treatment and recovery programs.

Wilkinson also said he would establish an all-party B.C. pandemic response committee to work with provincial health officer Dr. Bonnie Henry and pass a law that would bar elections in the middle of provincial emergencies. The Liberals would provide loan guarantees to struggling tourism and hospitality businesses, and dramatically increase housing supply to address affordability.

Responding for the BC NDP, Coquitlam-Maillardville incumbent Selina Robinson said the BC Liberals’ planned tax cuts would open a major hole in the provincial budget. 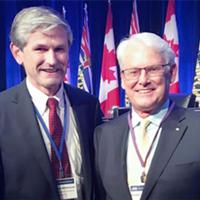 Who Will Suffer for Wilkinson’s Wild Fiscal Pledges? Likely BC’s Most Vulnerable (Again)

“People know that kind of money has to come from somewhere,” she said.

“British Columbians know it’s time to invest in services for people, not tax breaks for the wealthy and well connected,” she said. “Andrew Wilkinson is a risk we just can’t afford.”

Ahead of the campaign’s one televised debate, scheduled for 6:30 p.m. tonight, the BC Liberals have been trailing the BC NDP by some 14 per cent in opinion polls. But Wilkinson offered a reminder that the only poll that counts is on election day.

“We’re at a major crossroads in our society where we’ve got to work together to build that future,” Wilkinson said. “Our road leads to opportunity and the NDP-proposed road leads to stagnation.”