About 1,000 youth in government care turn 19 every year in British Columbia.

They “age out” of child welfare supports on their birthdays and are thrust into living independently much earlier than their parented peers.

But 2020 is different. Thanks to the pandemic, the Ministry of Children and Family Development has again extended supports to those turning 19 until March 31.

Minister Katrine Conroy announced the extension in a news release the day before the election was called.

“This pandemic is not over,” the statement said. “I want youth in care to be assured that they will be able to continue receiving the supports they count on and won’t have the added stress of aging out during these challenging times.

“Especially right now, youth in our care need and deserve to feel supported and safe and our government wants to make sure that happens.”

The Tyee requested an interview with Conroy, but she was not available.

Extended supports include allowing youth living in foster homes, group homes, with relatives or on their own to stay put after turning 19.

Since March, youth who had already aged out but enrolled in the Agreements with Young Adults program — which provides up to $1,250 per month if they enrol in ministry-approved programs for education, life skills training or addictions treatment — continued to receive monthly payments even if programs closed.

This week, the ministry also expanded its list of eligible programs — including cultural and online programs. On Oct. 1, the list of mental health and rehabilitation programs will also expand.

In March, the ministry estimated the extension of supports would impact 1,800 youth.

This is the second time government renewed the extended supports. On June 22, eight days before the supports were set to expire, the province extended the supports until Sept. 30.

Speaking with The Tyee last week before the announcement, child welfare and youth homelessness advocates worried about the government’s silence about another extension. There didn’t seem to be a plan for transitioning the roughly 500 youth who turned 19 in the past six months to independence, not homelessness.

Katherine McParland, co-chair of the BC Coalition to End Youth Homelessness, and executive director of A Way Home Kamloops, said last week that advocates feared an abrupt end to the supports would force youth aging out of care to compete for limited housing.

McParland is quoted in the government’s news release announcing the extension.

“Continued government support will ensure youth have opportunities to achieve critical developmental milestones, such as education and employment, by providing a solid foundation of a home during COVID-19, as well as ensuring youth do not age out into homelessness,” her statement read.

“This response shows government is listening to the voices of youth and has created a holistic response that will ensure youth find stabilization and wellness in these unprecedented times.”

This extension relieves advocates and young people’s fears about an uncertain future — at least for six months.

“It’s really good news. It alleviates the huge burden of the ‘what’s next?’” said Susan Russell-Csanyi, campaign organizer with Fostering Change, an advocacy group composed of youth in and from care.

“There’s a lot of ‘what ifs’ in being from and transitioning from care, and I think that the decision to expand the supports further takes away some of the apprehensiveness.”

Youth aging out of child welfare are more likely to find themselves homeless, in jail or dead, and less likely to graduate from high school than their peers with parents.

Not every youth who turned 19 since March has received extra supports. Victoria Ju, who turned 19 on July 4, said the ministry told her the extended benefits didn’t apply to her.

“So my foster parent, she emailed the deputy minister, and then after that I finally got the extension. So it was a bit of a process,” she said.

But Ju was still cut off from her ministry youth worker and mental health supports after turning 19.

Russell-Csanyi says Fostering Change has heard from 19-year-olds who did not receive extended supports. They had to leave their housing during the pandemic, a time when most evictions in the province were on hold.

“Knowing that youth were not supposed to leave their placements during this time, having youth still age out into a lack of supports is extremely concerning,” she said.

The Tyee reached out to the ministry to find out how many youths eligible for extended support did not receive it. On Sept. 22, a day after our deadline, a ministry spokesperson cited the ongoing provincial election as the reason why he could not cite a number.

“Unfortunately, during the election period all Government of B.C. communications are limited to health and public safety information, as well as statutory requirements. We can direct you to information already publicly available,” the spokesperson’s statement read. “Thank you for your understanding.”

Existing ministry supports for youth from care, like the Agreements with Young Adults program, only cover youth ages 19 to 26 who were in permanent care, on an independent living agreement, adopted or had the state appointed as their official guardian.

That doesn’t include youths like Ju, who was in voluntary care before she aged out. 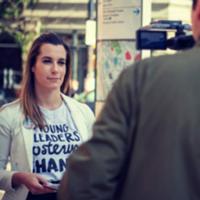 Youth from Care Get Extra Supports in Pandemic

Groups like Fostering Change want supports, including post-secondary education tuition waivers, extended to all youth who have been in care.

Ju also wants barriers to post-care supports permanently removed. “I think it would be important to give youth financial support and a safe place to live,” she said.

If the extended supports for youth leaving care don’t become permanent, Russell-Csanyi says the government must start planning for March 31, when more than 1,000 youth will lose the supports.

An ideal plan would include access to low-barrier youth programming and affordable, supportive and accessible housing options for young people to move into, she said.

“This gives the government an extra opportunity to really put a Plan B in place before they take away the supports.”