Victoria Ju has two major goals to achieve before she turns 19 and ages out of government care in July.

She needs to get funding from the Ministry of Children and Family Development for $2,000 in needed dental work. If she can’t get the work done now, she has no idea when she will be able to afford treatment.

And she needs to prepare for life after foster care when her child welfare supports are cut off. That means finding housing, a source of income and generally starting independent life.

The COVID-19 pandemic is making both goals — already daunting for an 18-year-old — much harder to achieve.

“It’s very stressful,” Ju said. “I feel like it puts a lot of pressure on me, because I’m thinking I’m going to have this huge bill after I turn 19.”

But Ju got good news this week. The ministry announced relief for almost 1,800 youth who were set to lose supports during the pandemic.

No youths who were set to lose supports because they aged out of care will be cut off until at least June 30. Former youths in care receiving extra supports while they’re in school, rehab or a life skills program will also be protected from losing those supports when they turn 27 or while classes are not in session.

“I’m really happy that this was able to happen,” she said. “Because it’s such uncertain times for everybody, and we want to make sure the youth get steady, consistent support from us to help... but also to carry them through once they’re over, as well.”

Social workers will also reach out to youth who have aged out of care in the past four months via social media and the Federation of BC Youth in Care Networks to offer assistance in accessing supports like the BC Emergency Benefit for Workers and the federal Emergency Care Benefit.

Ju hasn’t been able to speak to her social worker about how this may impact her, but she’s hopeful.

“It certainly is reassuring,” she said.

The cost of extending benefits is unknown, but will be partially covered by the province’s $5-billion COVID-19 Action Plan.

The news follows a similar move by Ontario, which introduced a moratorium on aging out of care last week.

Aging out a big challenge even without a pandemic

Even at the best of times, youth aging out of government care in Canada face big barriers as they try to make the transition to independence without typical family supports. They are less likely to graduate from high school and more likely to end up homeless, in jail or dead than their parented peers.

“Many of these individuals are just starting to make sense of the world and how to build a life within it,” Williams said. “Now you add this unknown virus that is sweeping across the world. Many young people need extra support and guidance at this critical juncture before things get really bad.”

The extended supports the ministry has announced are almost everything that Fostering Change, an organization of former youth in care, was calling for in a petition.

“We’re pleased that the government listened to the voices of youth in and from care,” said Fostering Change organizer Susan Russell. “We think that this is a good start and we’re happy to see the government heard us.”

The ministry acted on Fostering Change’s request to extend supports to youth aging out of care.

It said youths accessing the Agreements with Young Adults program would be allowed to continue receiving benefits while classes were not in session or if they turn 27. The program provides up to $1,250 a month to youth who have aged out of care if they’re enrolled in post-secondary, skills training or rehab programs.

But the ministry didn’t act on the advocacy group’s call to remove other barriers to accessing the program. Only youth who were in permanent government custody, adopted or living independently with ministry supports before they turned 19 are eligible for the program. This leaves out youth like Ju, who went into care voluntarily two years ago when life at home became unsafe.

Conroy said some changes were difficult to make right now because they would require changing program regulations. Others, like approving all discretionary funding requests, would cost too much, she said.

Some of the changes could become permanent.

“The ministry is doing things fairly quickly and in an unprecedented way,” said Conroy, “and if some things are working once we get them in place, I think we have to look at them and say, ‘this is working and really good support. Why would we go back?’”

Representative for Children and Youth Jennifer Charlesworth is pleased the ministry provided supports she wanted to see for youth during the pandemic.

“Fundamentally it’s the continuity of their living arrangements, their placements, and the resources and supports that they’re receiving now,” she said. “And that the young people, most importantly, don’t have to worry.” 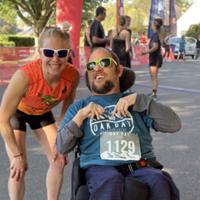 When Care Is a Matter of Life and Death

But she also wants all youth in care to take the disease seriously. A lot of caregivers and service providers in the province are seniors, she said, and if youth in care don’t heed the calls for social distancing, it could directly impact their support system.

“What I’m worried about is if their current placements break down, it’s going to be virtually impossible to find replacements,” she said. Any youth or caregiver in need of an advocate can contact her office at 1-800-476-3933 or at the Representative for Children and Youth website, Charlesworth said.

Conroy says ministry staff are already in conversation with the BC Federation of Foster Parent Associations and other organizations to ensure respite care is available in case caregivers or youth contract COVID-19.