As COVID-19 cases increase and the overdose crisis continues, some Downtown Eastside residents are now also struggling to deal with smoke-filled air as pandemic closures reduce indoor spaces where they can seek refuge.

The increase in COVID-19 cases had affected at least one local non-profit, which has stopped accepting new people into its homeless shelter after two staff members were infected.

Carmen Lansdowne, executive director of First United Church, said the positive cases — first detected two weeks ago — are a reminder that COVID-19 is present in the Downtown Eastside and underlines how important it is to follow public health advice to stay home when you are sick, try to stay two metres apart from others and wear a mask when you can’t.

“And so they were sent home and to get a test,” she said. The next day, First United found they had tested positive.

Lansdowne said First United immediately implemented its COVID-19 plan. No new shelter clients were accepted, residents were asked to wear masks, and staff were asked to work from home if possible. The shelter has been operating at reduced capacity since March, when COVID-19 restrictions first started in B.C.

Residents who don’t show symptoms are not being tested, Lansdowne said, but public health officials have been involved and are doing contact tracing and notifying everyone who had contact with the staff members who tested positive.

The shelter may resume taking new people Monday if no one else is infected by then.

Early in the pandemic, there were fears that a COVID-19 outbreak in the Downtown Eastside, where many people live with pre-existing health conditions, could be devastating.

The neighbourhood initially appeared to have been spared.

But now, along with a province-wide surge in COVID-19 cases, positive cases of the virus are also rising in the Downtown Eastside, leading the Union of BC Indian Chiefs to warn of a “wave” of cases.

As COVID-19 Cases Increase in Downtown Eastside, So Does Concern about Transparency

Vancouver Coastal Health is warning of exposure at the West Pub, a bar in the West Hotel, between Aug. 20 and 30. Warning notices have also been reported in several other SRO buildings in the Downtown Eastside and Chinatown.

As COVID-19 cases increase, unhoused people in the neighbourhood are dealing with extremely smoky air caused by wildfires in Washington and Oregon with fewer places to shelter.

That’s no longer an option because of COVID-19 precautions and reduced staff on site, she said.

"These sites offer a limited number of spaces with high efficiency particulate air or MERV 13 filtering, which can support people struggling with respiratory issues," city staff said in a press release.

Chrissy Brett, an organizer of a tent city at Strathcona Park, said camp organizers and residents are more focused on preparing for an increase in COVID-19 cases than trying to mitigate the effects of wildfire smoke.

“We’ve had a few people tested, but they came back negative,” Brett said. Organizers are trying to plan solutions such as a COVID-19 isolation area at the camp, she said.

Because of the high number of vulnerable people who live in the neighbourhood, Vancouver Coastal Health says it has an Inner-City COVID-19 Response Strategy specifically for the Downtown Eastside. 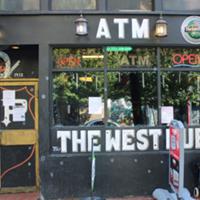 The health authority says the rate of testing has been higher in the Downtown Eastside than in other neighbourhoods, while the rate of identified cases has been much lower. Vancouver Coastal Health says there were 48 identified cases in the local health area that includes the Downtown Eastside between January and July, compared to 88 to 202 cases in other local health areas in Vancouver.

In an emailed statement, Vancouver Coastal Health said it was following up cases and their contacts in the Downtown Eastside as it did in other communities.

“We have specific measures related to homeless and marginally-housed people,” the statement said. “This includes providing supportive housing for people who are required to self-isolate but are not able to do so safely on their own.”

The health authority is underlining that overdoses continue to present a huge threat and are urging people to keep using overdose prevention sites.