The president of a union that represents hundreds of workers in the Downtown Eastside says not enough is being done to inform residents and workers about rising levels of COVID-19 exposure in the neighbourhood.

The Downtown Eastside appeared to have few cases through the spring and summer, but recent weeks have seen an increase in the community that’s home to many of the city’s poorest and most vulnerable people.

The Union of BC Indian Chiefs warned today of a "wave" of cases in the neighbourhood, with cases confirmed among residents and frontline workers.

The UBCIC called for transparency from Vancouver Coastal Health and for an "urgent, transparent, public and culturally appropriate action plan that provides immediate safe and secure housing units for people who test positive and need a place to recover."

The UBCIC is also calling for "a commitment to publicly report any cases in the DTES so that residents of the densely populated neighbourhood can take extra precautions for their health and safety."

Andrew Ledger, president of CUPE 1004, told The Tyee that the lack of information on cases is affecting people who live and work in the neighbourhood.

“We hear anecdotally that a resident or maybe a peer worker has tested positive for COVID-19,” he said. “And people get anxious and nervous, knowing that they may have been in contact with that individual. But the employer’s position is clear that they’re not going to share any information — they’re deferring to the health authority.”

Micheal Vonn, the CEO of PHS, confirmed that the number of cases is increasing. “I would say very recently is when we’re starting to get that uptick,” she said.

Ledger said PHS has refused to tell employees when someone at their workplace has tested positive. That’s led to people learning of possible exposure through word of mouth or social media posts, fuelling anxiety, he said.

Vonn said PHS is following the lead of public health officials and leaving contact tracing and decisions on whether to inform residents, workers and clients up to Vancouver Coastal Health.

Sometimes that means Vancouver Coastal Health is informing people directly if they’ve been in close contact with someone who tested positive for the virus. In other cases, the health authority is posting a paper notice.

Vonn said she did not know whether employees who are on days off or away from the site are being informed that they may have been exposed. Vancouver Coastal Health says notices about potential exposure are required to “be shared with staff, informing them of the exposure and instructing them to self-monitor for symptoms.”

All employees should be routinely checking themselves for symptoms, she said.

Ledger said he’s concerned Downtown Eastside residents aren’t being properly informed of the risks, especially given their vulnerability and the difficulty in doing contact tracing to curb the spread of the virus.

Employees can work at several neighbourhood sites, increasing the risk of transmission, he said. And many clients use the services anonymously, making contact tracing impossible.

Dr. Brian Conway, the head of the Vancouver Infectious Diseases Centre, says early testing shows that COVID-19 was likely more prevalent than previously thought in the Downtown Eastside and among unhoused people in the city’s downtown core.

Conway has started testing people to see if they have antibodies to the virus as part of a research project to determine whether COVID-19 spread more widely among vulnerable people than was previously known.

“There are a few tests that are positive for the antibody. So in places where we thought there had been absolutely no exposure to COVID, there probably was,” Conway told The Tyee.

“And this will be a major priority for us going forward — figuring out what happened, and we’ll analyze it.”

Residents and community advocates feared an outbreak of COVID-19 in the Downtown Eastside would be devastating, with most residents suffering from one or more serious health conditions. But instead of a COVID-19 outbreak, a wave of overdose deaths hit the neighbourhood as services were halted or reduced in response to the pandemic. 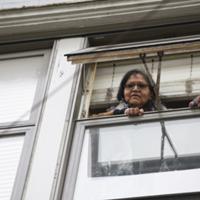 Vancouver Coastal Health declined to give The Tyee a list of all exposures in the neighbourhood. The authority also initially did not post information about the West Pub exposure on its website as it does with exposure events at other businesses.

After The Tyee published a story that included criticism of that decision from advocate Judy Graves, Vancouver Coastal Health reversed course and added the West Pub exposure, which it calls “low-risk” on its website.

Earlier in the year, there were also several cases of COVID-19 in the Downtown Eastside at some shelters, Conway said.* The small number of cases spread from two former inmates of Mission Institution, which had one of the worst prison outbreaks of COVID-19 in Canada.

“People who had been released from incarceration had nowhere to go... and ended up at these places with very low thresholds for emergency housing,” Conway said.

*Story correction Sept. 12 at 3 p.m.: An earlier version of this story said positive cases of COVID-19 had been found at a shelter run by First United Church earlier in the year. The executive director of First United, Carmen Lansdowne, says the organization has never been notified of any cases at its shelter, though several staff members have recently tested positive.